Hi all. I am back from a great week in the northern parts of Patagonia (mostly the province of Mendoza, home of Aconcagua, the tallest mountain in north and south America) where I went with some people from the lab for the purpose of collecting lizards. It is the kind of job where you can make it sound technical and important to the people who pay you, but really it is just a bunch of fun.

We stopped by a museum which was really just a random assortment of oddities of the area and had a "family" protrait taken. (Argentina is home to fossils of the largest cornivorous dinosaur. It would make T-rex look like a house pet). 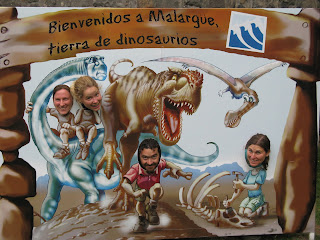 Luciano, the boss, didn´t get in the above picture. Here he is deciding where we should head this day. This daily decision wasn´t very hard: open map, find a faint grey line indicating a temporary road, make sure you haven´t traveled on it anytime inthe last few years, fill up the tank, buy some pasteries, head out of town. 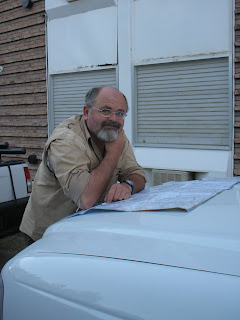 Oh, yes, and check the mate stash. Here is Nicholas boiling water for mate, the all Argentinean drink. On the beach, in the car, in the office, anywhere, anytime. The actual drinking of this bitter drink is filled with customs and social traditions. I have grown to enjoy it a lot, not for the taste as much as for the social activity. 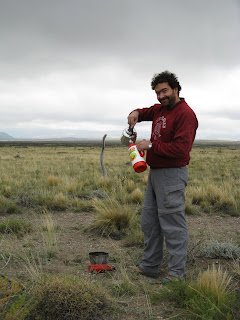 The end of a long lizard hunting day. 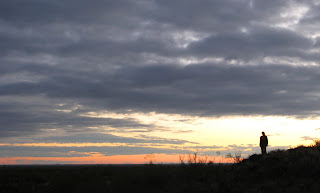 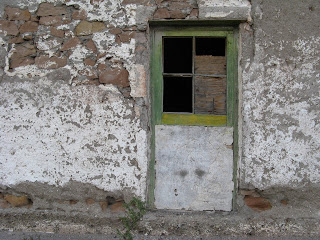 Lizards hide in very pretty rocks sometimes. They are also fun to climb on. 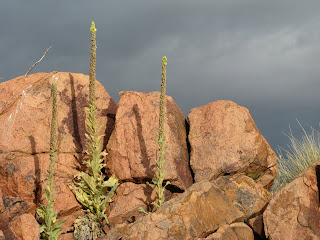 We were in the foothills of the Andes but didn´t see much of them because of the persistent fog that hug real low the entire time. 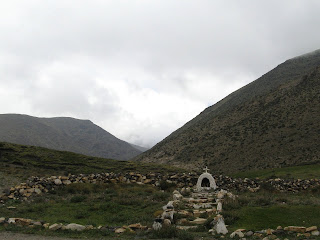 This sign was at a memorial site to Saint Francis of Assisi (the saint over nature). "It says that nature speaks of God, don´t destroy it." 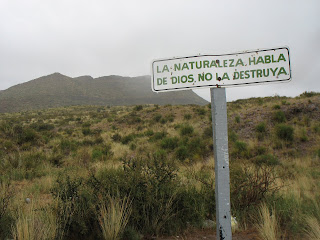 I was having very little luck finding lizards, Sarah came around the corner with a camara, and this was the result. 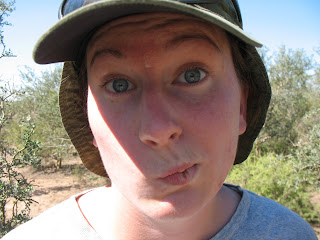 Now for the animals! Cows were a regular sight on the roads. The older cows would move out of the way in their own good time, but the calves were very entertaining. They would try to charge the truck as we came rushing and honking up to them! 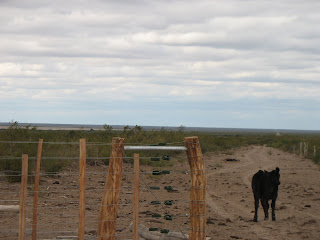 Toads. I kissed one but no prince charming (or "principe azul," (blue prince) as they say here, appeared). 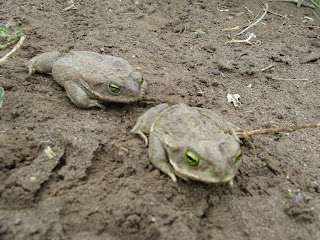 Horses. So many. And so much healthier looking than those in Gan Gan. 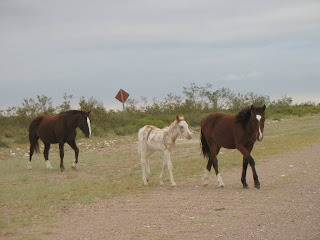 I put this little guy back after I caught him. He was to young to be sacrificed to science. 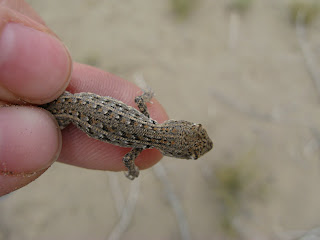 After this guy went into his shell he still hadn´t come out a half hour later when we left. 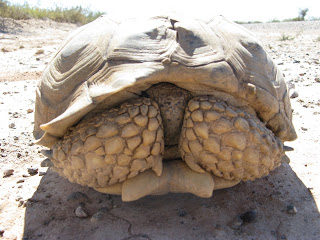 Any difficulty I was having in finding lizards I made up in my ability to find snakes, especially the venomous kind. This one isn´t venomous, so I held him until he squeezed the feeling out of my fingers and then put him in a bottle. 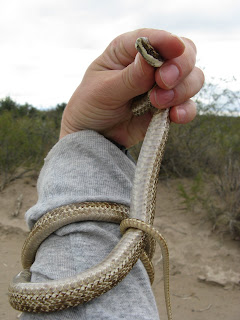 This guy is venomous. He is the Patagonian version of a rattle snake. We caught three. 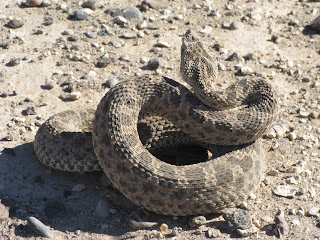 This is the Patagonian coral snake. Luciano told us (as we were searching under rocks for lizards) that they are VERY rare. That day I found two, and Sarah found one other. I also found one non-poisonous snake, and a rattler. Luciano was thrilled (he had never had such luck finding these "rare" snakes in the last 20 years of this), and I was more cautious as I turned over rocks. I think I will add "amazing ability to locate snakes with neurotoxic venom" to may resume. 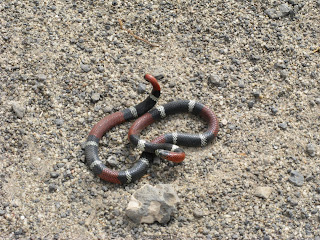 Tarantulas! We saw a fair bit of these as well. 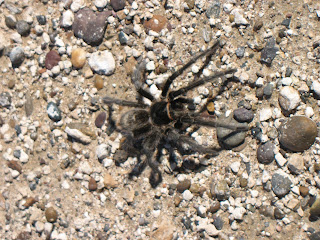 Spiders in Patagonia are big and have a habit of putting there webs in sneaky spots. 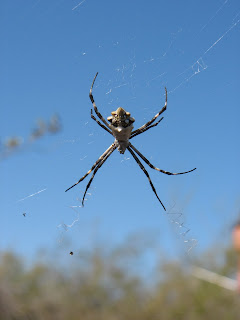 I also saw desert mice, maras (cross between a deer and a rabbit, I wish I had a picture), burrowing owls, guanacos (the local wild llama), goats, foxes, rheas (like ostriches) big insects, and of course tons of lizards. Oh, and ants! There were these facinating ants in the desert that had carved litteral ant highways throught the sand and rocks and carried plant material back and forth on these little roads in a constant flow of little black bodies. They were awesome. Some time the wind would blow an ant with a particularly sail like leaf clear off the road. The little guy would never even let go of his load, but just pick himself right back up, merge into the traffic, and continue on. I followed one of these roads for about 50 feet before I found the hill. Incredible!

We're not gonna make it! We're gonna die out here!

glad it didn't happen! Love ya!

Deb...so true. You know that's what I was thinking the minute she started talking about snakes.

Katie, you will worry your mom to death with these pictures. I'm glad you're having fun, but sometimes I wonder about your definition of the word.

yikes...you're braver than i am.