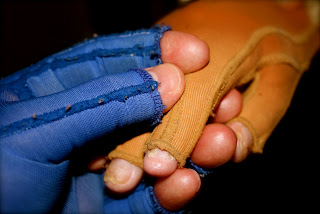 I had a fantastic weekend and took lots and lots of photos which I will post within the next couple of days.

But first, I have to tell you about a love story; and a miracle. Some of you might have heard about the incredible Nielson family. Stephanie Nielson has kept a blog for several years chronicling her daily adventures as a full-time mom. Her love for life drew hundreds of readers to her site. In August of this last year Stephanie, and her husband, Christian, were in a terrible private plane crash in which the pilot did not survive. Christian suffered a broken back and burns on 30% of his body. Stephanie suffered burns on 80% of her body and was not expected to live. Both were in drug-induced comas for two months as they underwent several surgeries. Their four young children were in the care of their extended family.

Via the internet news spread quickly of the accident and soon her blog, that was then being updated by her sister, gained tens of thousands of viewers. Donations, fundraisers, and mostly prayers were offered around the globe. Christian is almost fully recovered, and Stephanie, who still faces another year of surgeries and therapy, returned home at Christmas. She started blogging again last month.

What drew me into her blog is the faith, optimism, hope, and love of family that she shows in every post. The Nielsons are living proof that good things can come from the absolute worst of tragedies. She doesn't hide the rough spots of her life (and there are plenty), but she never forgets the bigger picture, and her faith that gives her strength.

I strongly encourage you all to take a moment and check it out. But bring tissues. At least I needed them.

I have been following this story since the summer, and it makes me cry too.

I didn't know you were a Nie reader!

Do you read her sister's blog: C Jane Enjoy It. The writing is awesome.

Thanks for sharing, I had not heard about this family. Your blog looks fantastic.

I've been following this story too - thank you for your post. Good reminder. I agree with Whiteney...I like C Jane's blog too.