Freedom of the Hills

Neither Keith and I were in the mood for fireworks and BBQs this year, so we decided to go backpacking for a couple days instead. We backpacked and fly fished all around Grandaddy Basin in the Uintas. It was gorgeous!!! 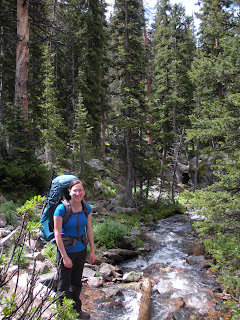 Keith turned around to take a picture of me hiking just as I had stooped down to take a closer look at some neat little flowers. For better or worse, my major never leaves me. 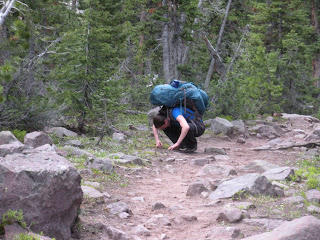 Lunch by Betsy Lake. For two days we never went more than a mile without seeing at least one new lake. It was wonderful. 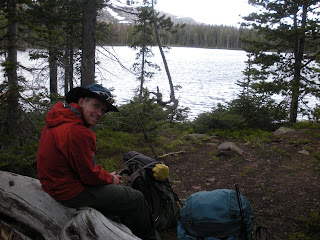 Fly fishing near camp. We caught a couple of trout here. Yummy! The mosquitoes were ruthless the first day, but better the second. 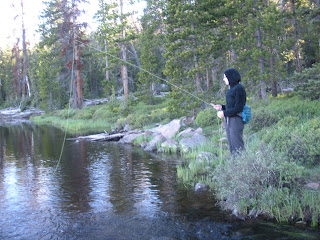 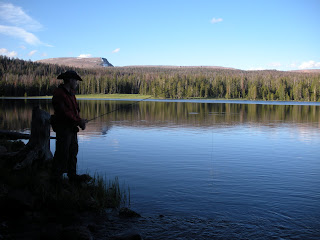 Governor Dern lake with Mt. Agassiz in the back. We camped on the other side of this lake. The neatest part of the trip for me was on Saturday morning. We were fishing a few yards from camp and I went back up to the tent to get something. Directly on the other side of the tent from me a deer came running by. A split second later a grey wolf came running by, stopped to take a look at me, and then continued on the chase. It was no more than 10 feet away; and it was HUGE! This was bigger than any dog I have ever seen and it had beautiful silver fur. Wolves are extremely rare in Utah. They are slowly expanding their range from Wyoming where they were re-introduced a few years back. There have only been a handful of reported sightings, all in the Uintas, and now I have added it to the list. It was truly incredible to not only see such a rare animal up close in the wild, but even more so to watch it hunt. 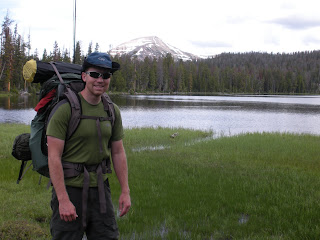 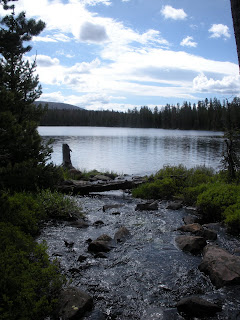 A cliff overlooking the basin. 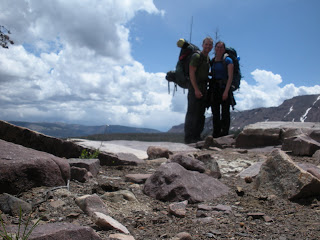 Grandaddy Lake. This is the largest lake in the basin and it had lots of fish! 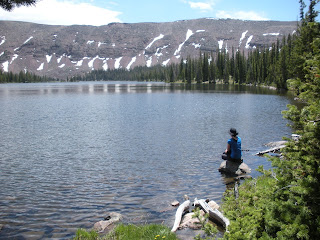