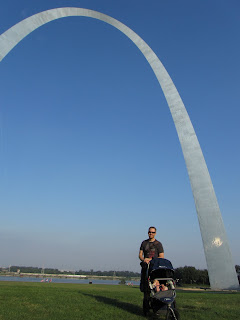 Our time in St. Louis is drawing to a close. (It has been a crazy quick summer!) We couldn't leave St. Louis without a trip to a place that is on all of the postcards though. The Arch. 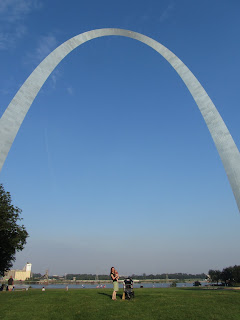 My dad likes to say that St. Louis built the arch so that the sun would have something to set behind. While sometimes it does seem that way (not a mountain in sight) the idea actually began because the riverfront was rather unsightly and needed some sprucing up. So St. Louis decided to build a monument. As St. Louis was the starting point for many westward explorers (Including Lewis and Clark), the arch was built to symbolize the westward expansion of the U.S. Beneath the arch is a museum operated by the National Park Service which chronicles the Lewis and Clark expedition and the exploration and settling of the west. It is the first time (at least that I remember) that I have had to go through a metal detector and bag check to enter a national park. No ice axes in this park! 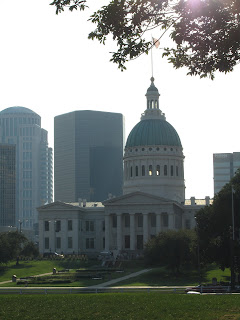 Across the street from the arch is the old courthouse where the Dred Scott case (which was instrumental in starting the Civil War) began. 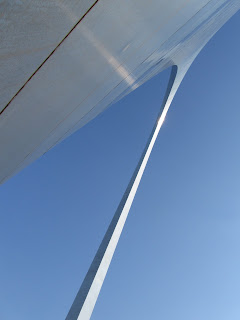 Trivia fact: the arch is the same length across the base as it is tall. It just looks taller than wide because it tapers as it goes up. 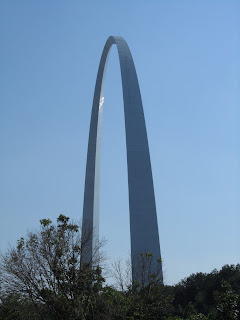