A Weekend with the Lincolns 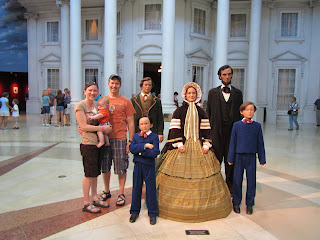 We spent the Independence Day weekend playing tourists in Springfield, IL, former home of Abraham Lincoln. That is where he lived for most of his life and is buried along with his wife and three sons (one son is buried in Arlington). The picture above is from inside the Lincoln Library and Museum (one of the coolest museums I have ever been too). It was more of an experience than just a collection of artifacts. I left with a greater appreciation for this man than I have ever had before. 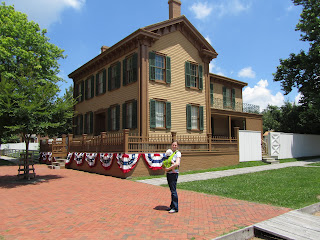 The National Park Service gives tours through the home the Lincolns lived in for 25 years before moving to the White House. It was really neat to see. The four blocks surrounding it (including the homes) have also been restored and house different exhibits.

We also explored his old law office and the old state capitol building where he practiced law and where he was laid-in-state before burial. 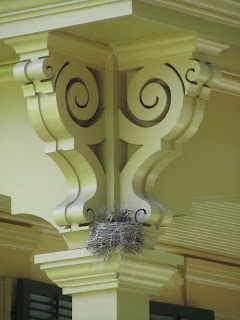 I am always impressed with how unique and lovely old homes are. Not like the cookie cutter neighborhoods of today. The attention to detail and creativity in the wood work was neat to see. Each one was a little different. 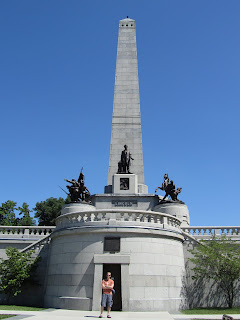 Lincolns tomb. Inside the halls are lined with various statues and quotes by Lincoln. I love experiences that really make history mean something to me. Experiences that go beyond the facts and actually teach me something really meaningful. I really got a sense from this weekend that Lincoln isn't just an icon statue. He was just a man who sought and received direction in his life and did the hard tasks that were given him as a result. Because of that he went from an uneducated back woodsman to the man who saved our country from splitting at the seams.
Posted by Katie at 10:10 AM

very well said. I'd like to go there one day.