I took these pictures less than 48 hours before the grand-mal seizure and finding out about the brain tumor. 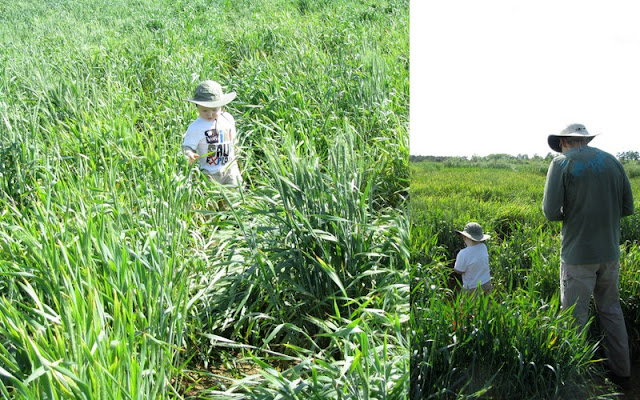 We were spending a beautiful afternoon in one of Keith's wheat fields while we took some data on his plants. 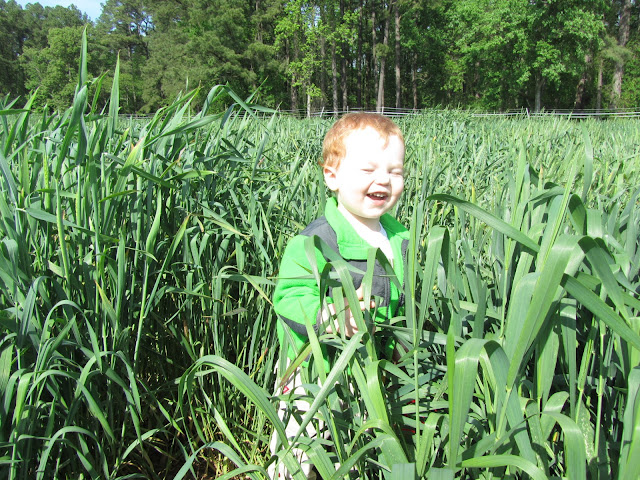 Charlie was having a blast and I was soaking in the beauty of the rich green fields, the blue sky, the perfect breeze, and the peaceful quiet.

On this day, and all the days before it, things like seizures and brain tumors and brain surgery were things that happened to other people. Kind of like the day before we were told that Charlie had PKU. That was the last day that genetic disorders were still things that happened to other people's kids. There isn't an alert that pops up on the calender letting you know that tomorrow life as you know it will change completely. (And it is only after the tomorrow comes that you learn that there is someone who wasn't surprised by the change. But that is for another post.) 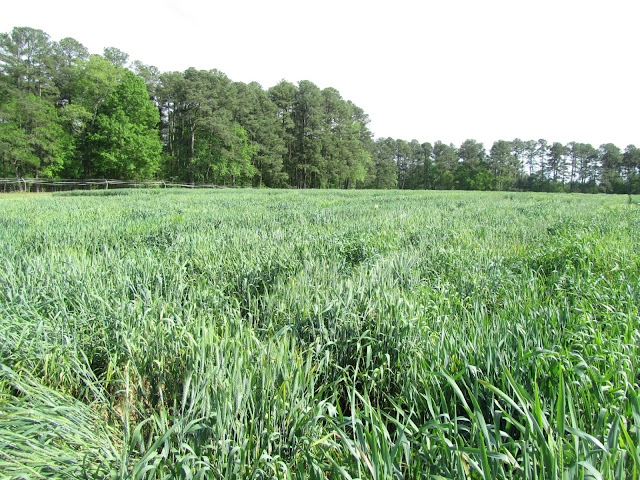 Can you see him? 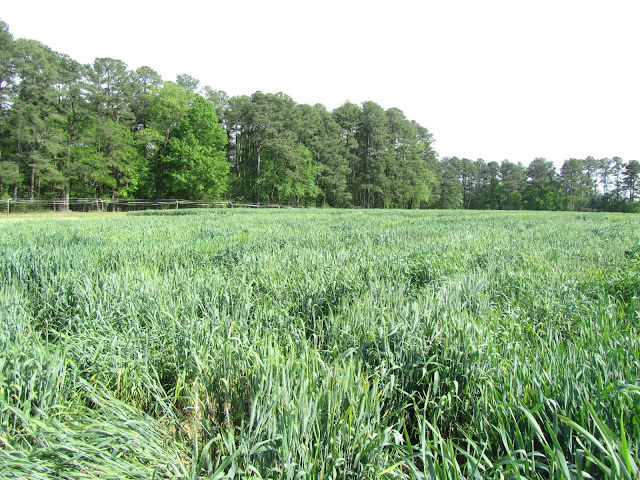 Now you don't.
Whenever he would vanish like this I would shout out "Charlie! Where are you?" As if he was going to wave and say "Hey Mom! Over here! Just picking up a rock and putting it in my bucket!" But he never did. He was too engrossed in his wheat field explorations. 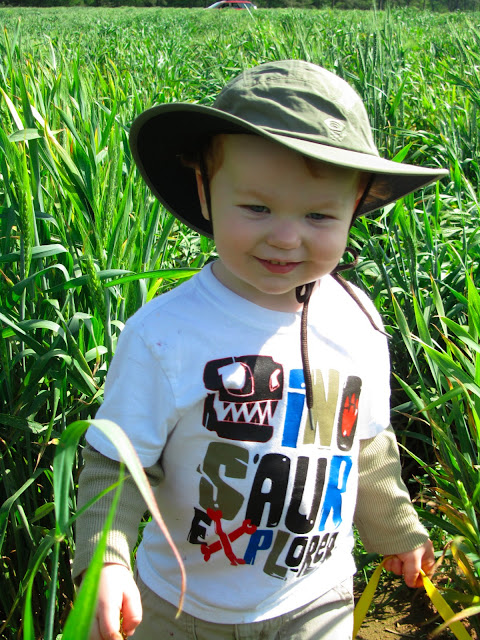 And he does make a fine looking little explorer man.
Posted by Katie at 1:23 PM

It's such a strange thing to look back on a "before" moment. Life can sometimes give us the illusion of permanence. I think it can be really unsettling to have experiences that show us the transitory nature of this life.

At least that's been my experience. I love how you said, "back when these things only happened to other people." So wise.

I love you,Katie. Looking forward to hugging you soon.

Really loved this! So beautiful! You & baby girl are still in our prayers, love you!

Love it. And the green of the wheat field stretching on and on. And your cute Charlie! And you! Can't wait to see you!

We love to read your blog and see pics of your cute little red head. He is a treasure for sure. We keep you and your baby in our prayers. We love you and your sweet family. Aunt April

That last pic of Charlie with his hat and bucket is soooo cute!!

You're in our thoughts and prayers every day. I know you know that but oh how we love our Katie girl! :)
xoxo

Love that little smile! Such a cute little man you are raising! You are amazing and we pray for you often!