The ever thoughtful Shawn arraigned for a birding tour of Chapultepec park for Wednesday morning. Chapultepec is the largest city park in all of north America, just over double the size of New York's central park. A morning bird tour was a fabulous way to see a bit of it. 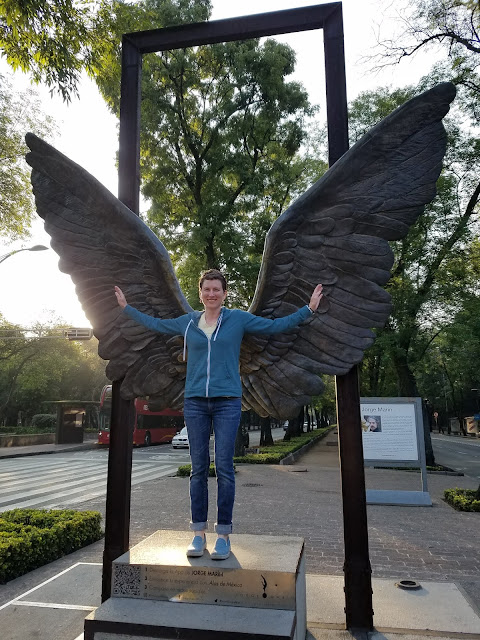 Wing sculpture at one of the park entrances. 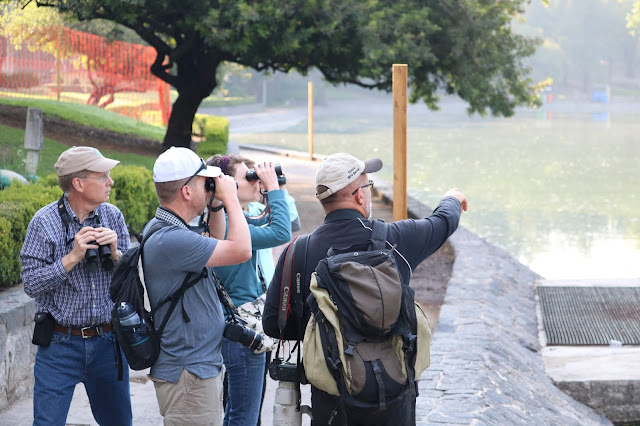 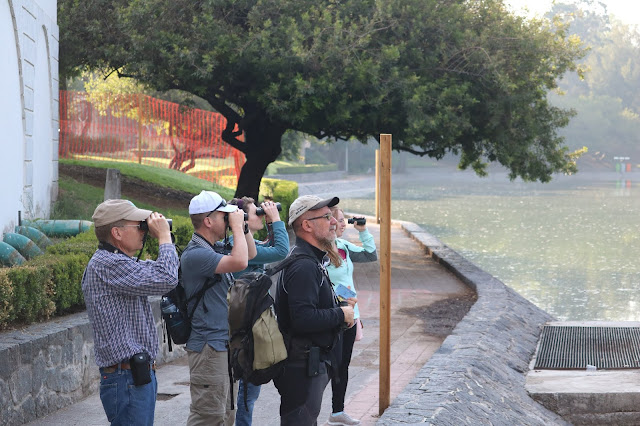 Our guide, Manuel, was wonderful. He knows the park and the birds in it like the back of his hand. He has written multiple bird books about the birds of Mexico and other central American countries. He identifies birds by sound and then he knows exactly what he is looking for. Birding with him was like ornithology field trips all over again. It was fabulous. 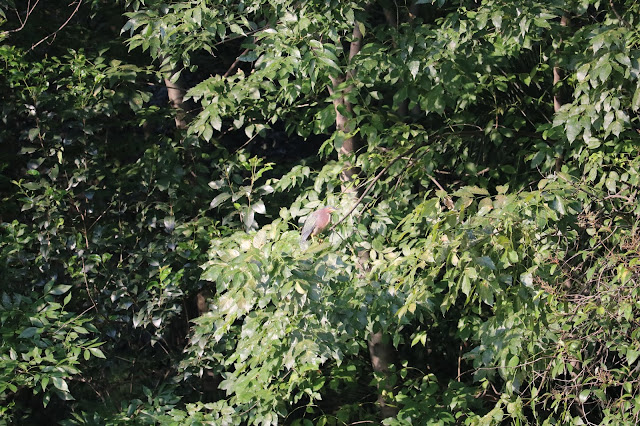 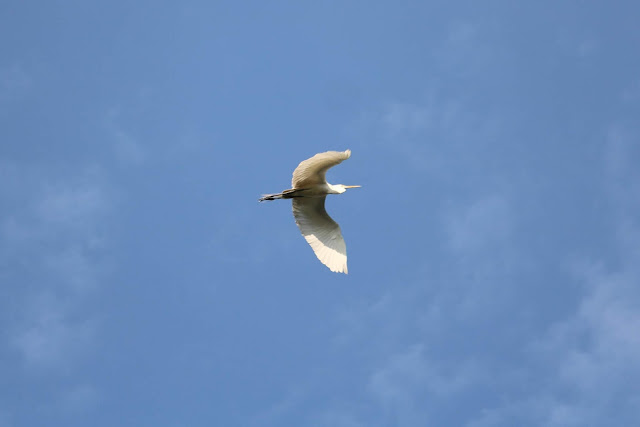 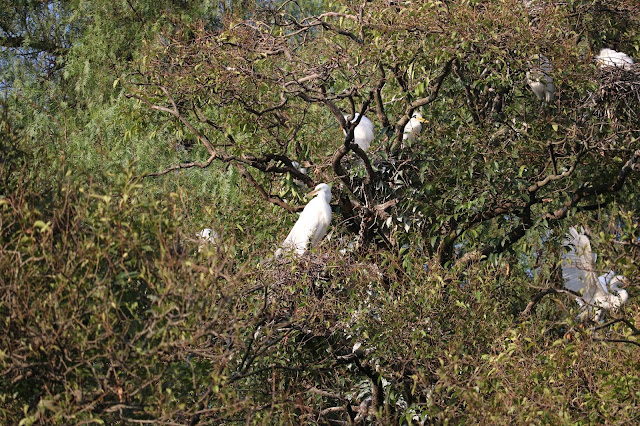 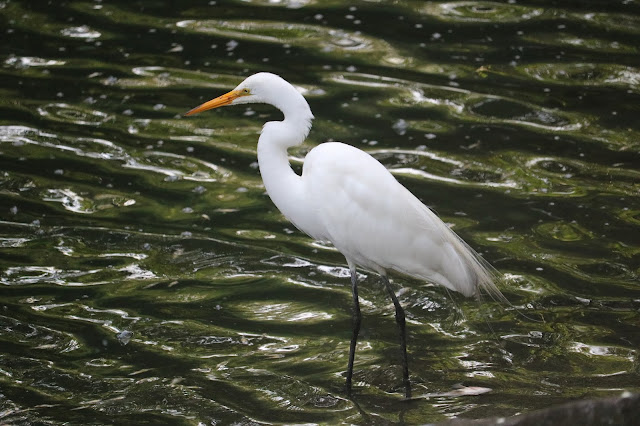 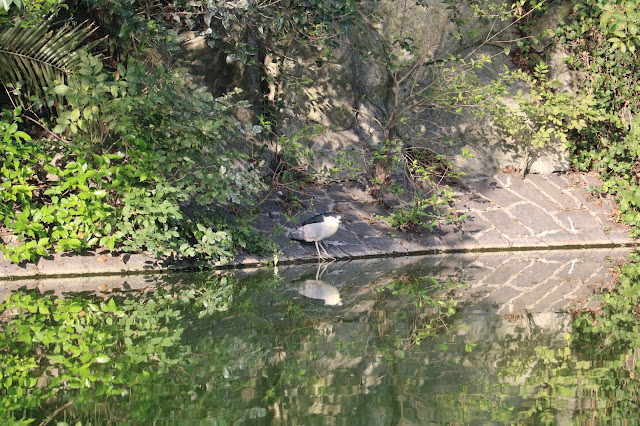 Black-crowned Night Heron. To me this bird looks like he would try to sell you knock off goods as you passed by a dark alley. 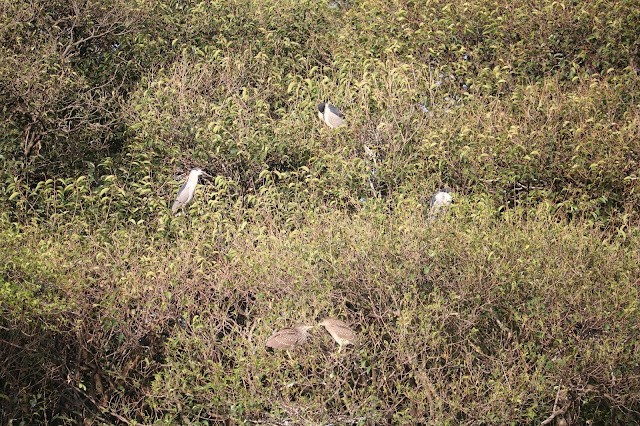 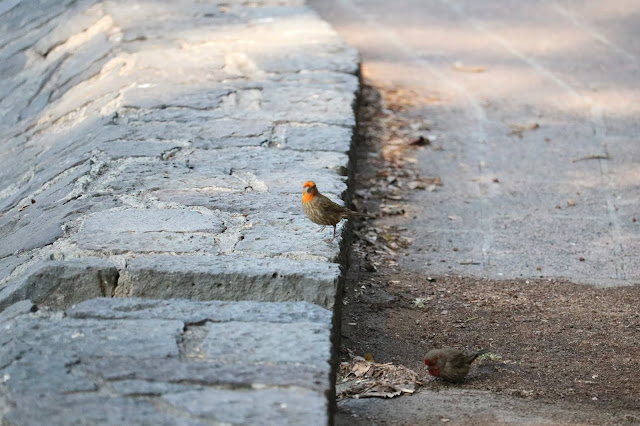 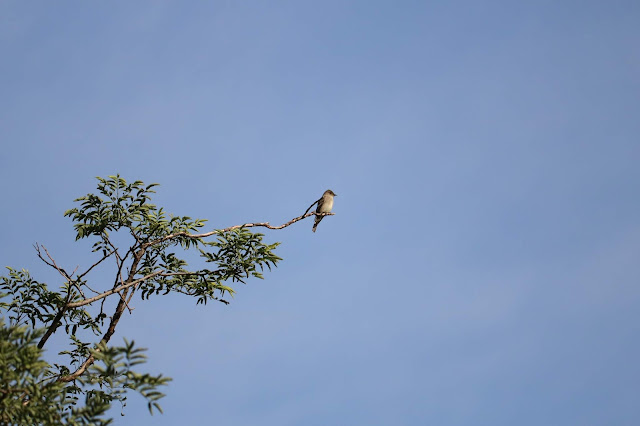 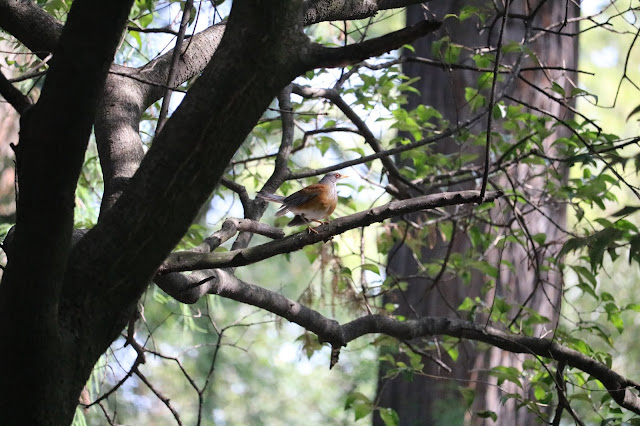 Although we saw only a fraction of the massive park, what we did see was lovely and peaceful. Birding, in my opinion, is great hobby for traveling. It makes you look and listen more intently at things you otherwise might not notice. There was a total of 33 different bird species that we saw on the tour, 19 of which were new to me. All in all I added 22 new species on my bird list in Mexico. It was so much fun! 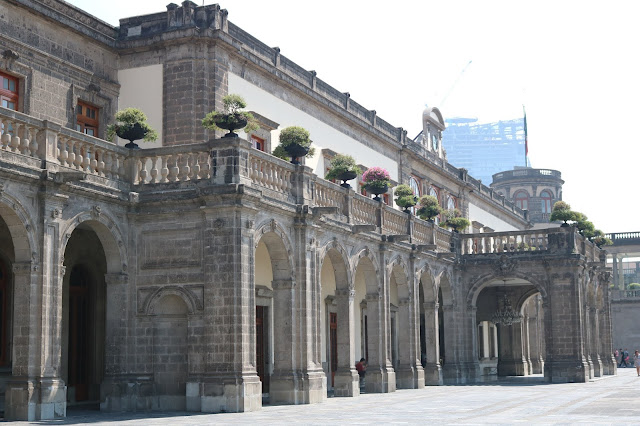 On a hill in Chapultepec park stands Chapultepec castle; the only castle in North America. The Spaniards had it built before the Mexican revolution. Now it is partially open to tourists. 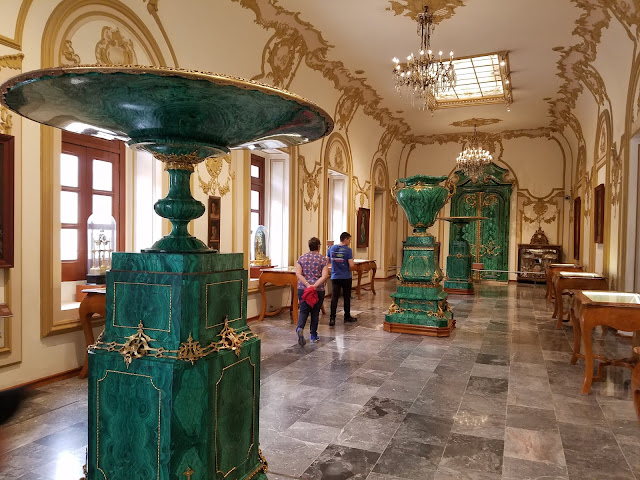 These emerald statues and doors were a gift from Russia. 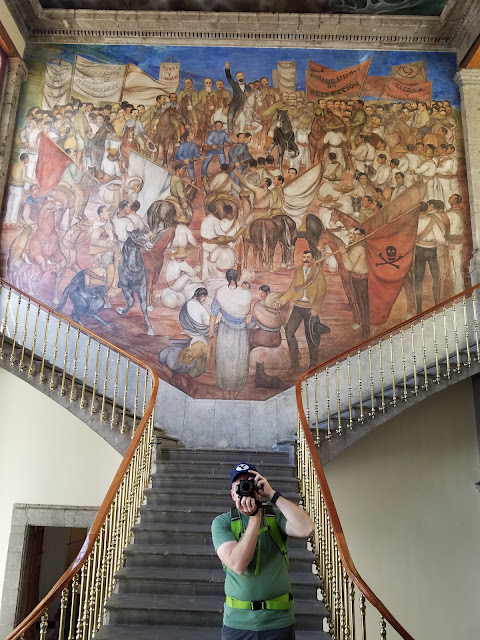 One of the many murals that adorn the walls and ceilings. Most were painted after the revolution. 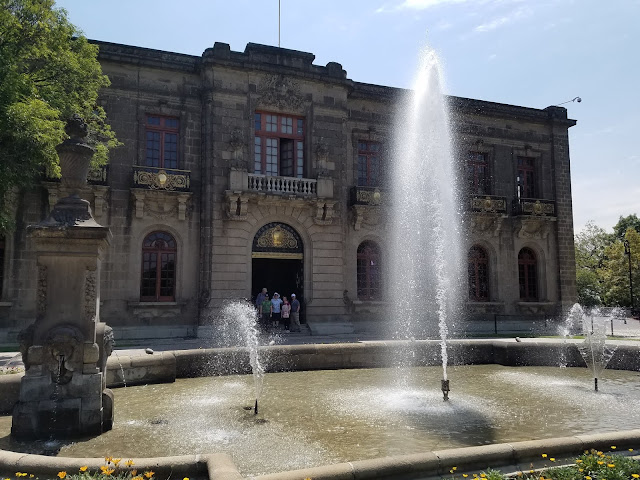 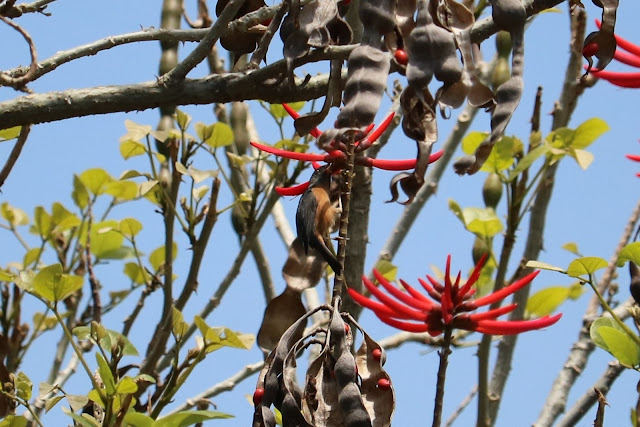 While we were sitting enjoying the lovely castle grounds, Keith and I spotted and identified this fun bird. A Cinnamon-bellied Flower piercer. It was climbing up and down the unique flowering tree piercing it's flowers and drinking their nector. It was fun to watch. 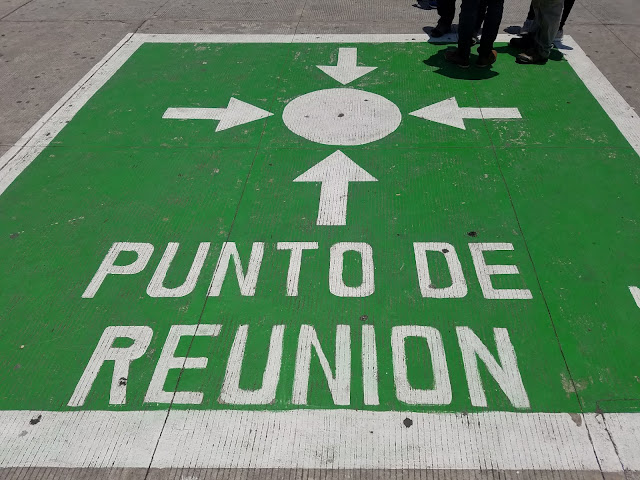 Green squares like this one but smaller were all over the city. They designate a gathering place for people to go to after an earthquake. They are fairly frequent as the city is built on a lake bed and is sinking each year. 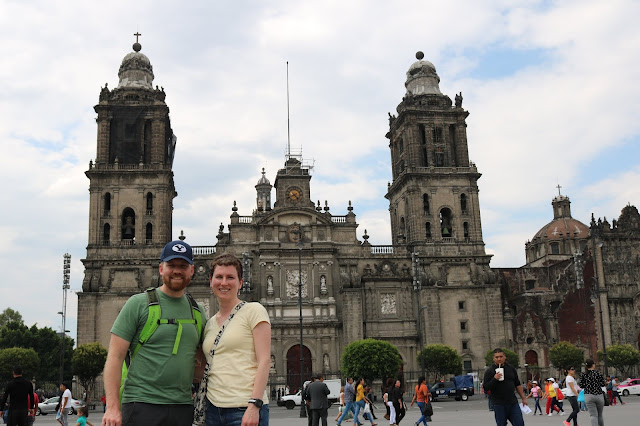 After lunch Shawn took Keith and me to the extremely large square in the heart of Mexico city. On one side there was a huge old cathedral. It had been built on top of the burial ground and ruins of the native people when the Spaniards came. 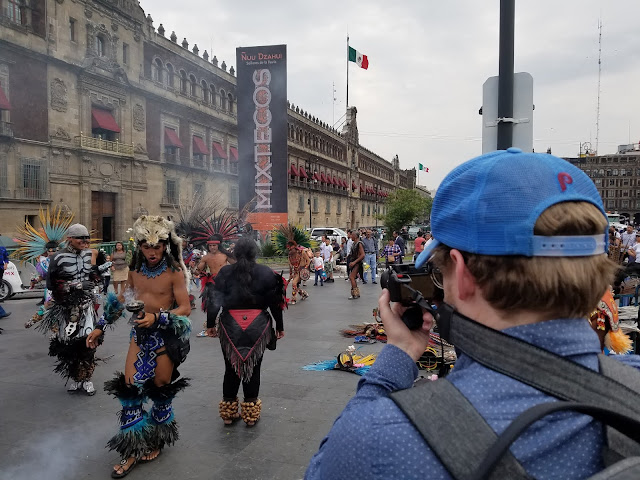 Next to the cathedral was a group of traditional dancers. You could pay to have them give you a blessing which included using a plant to wafe smoke all over you. 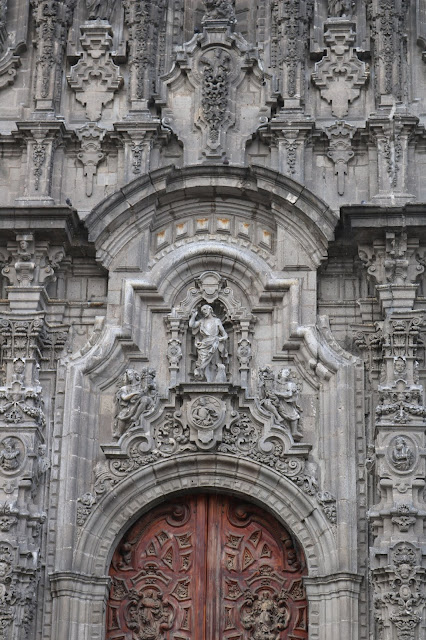 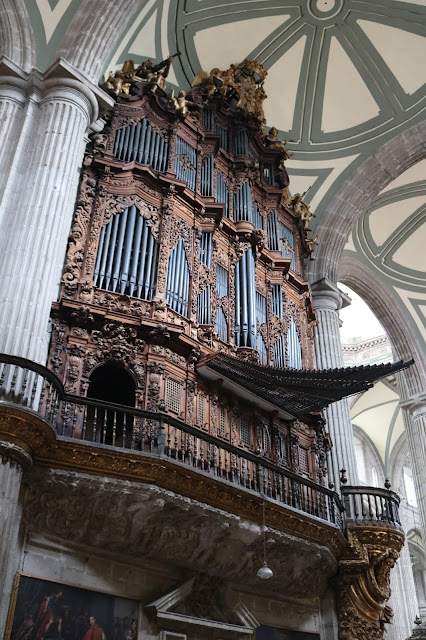 The organ was amazing! 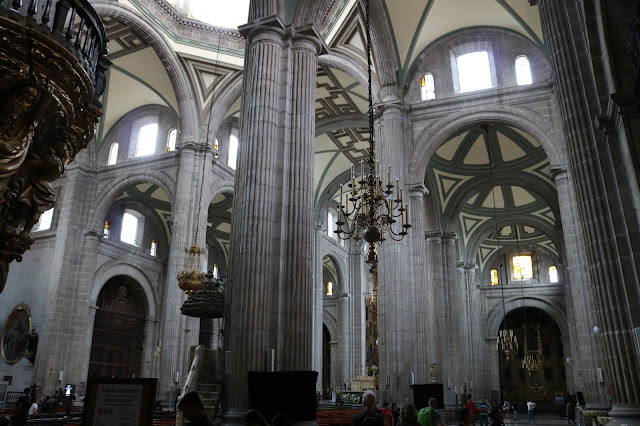 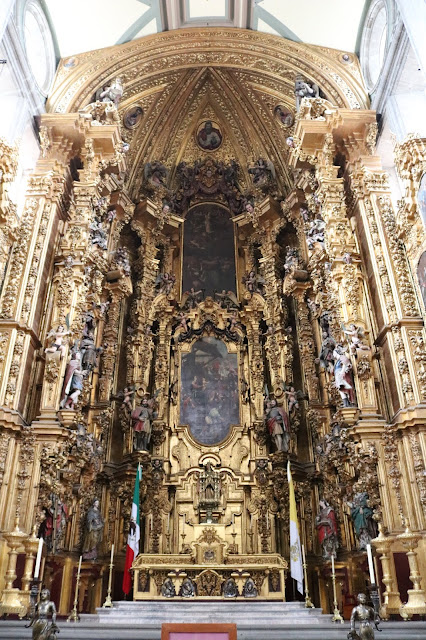 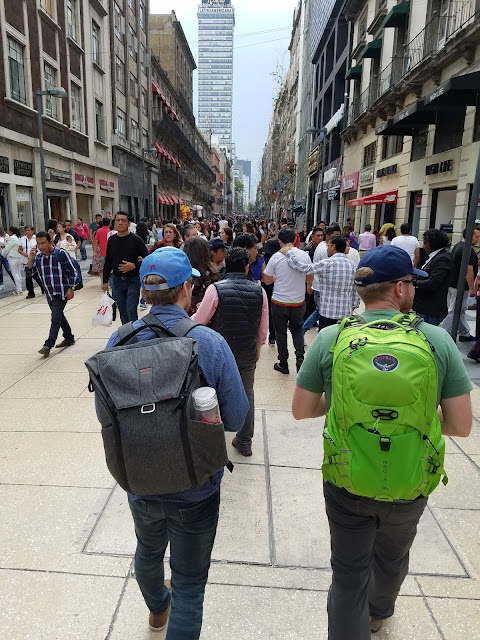 After seeing the cathedral we took a stroll down a pedestrian street lined with shops. I didn't take a picture, but there were several people along the way dressed and painted like statues. 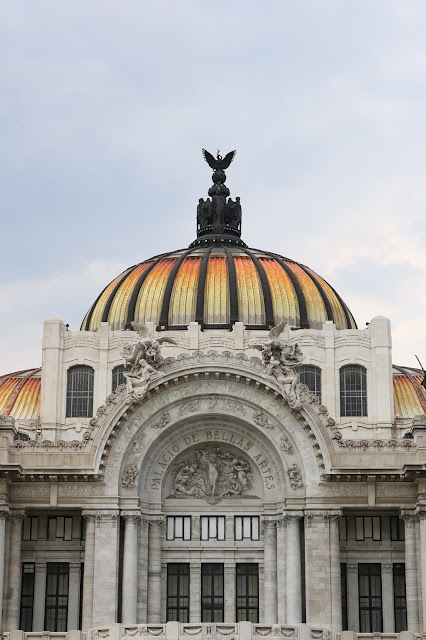 On the other end of the street were some beautiful buildings. One of which was the museum of art. It was closed for the day but Shawn said that it is quite the place. 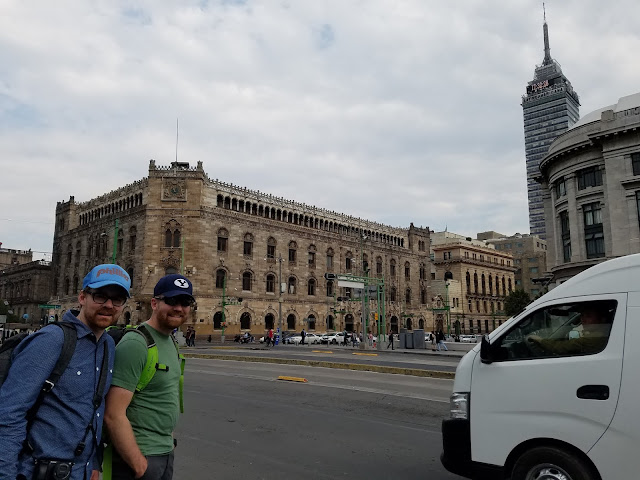 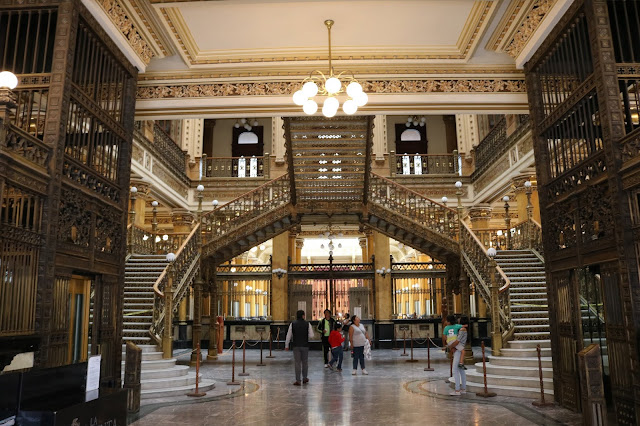 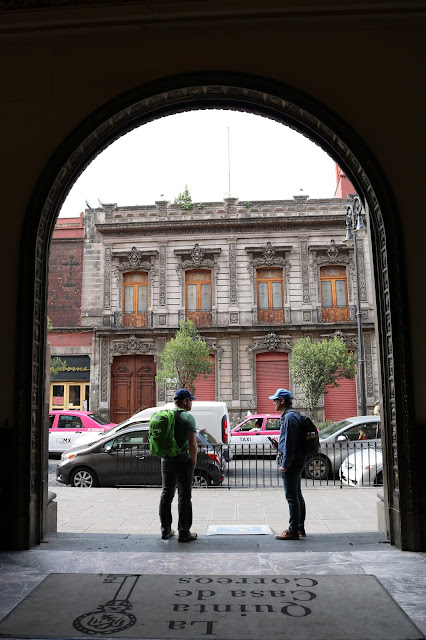 Thanks for playing tour guide Shawn! We loved seeing a bit of this very beautiful and diverse city.
Posted by Katie at 9:24 PM