Our first view of the towers upon entering the park. The three towers of Torres del Paine were formed from a singe mountain that was ground down by glaciers during the last ice age. In case you were wondering. 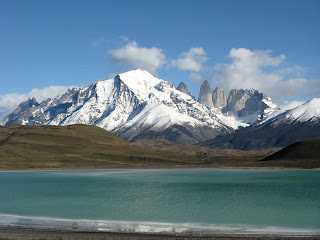 These peaks, Cuernos del Paine, are neat because the bottom white rocks are a type of granite and the top black rock is a type of sedimentary rock that is only found here. You can see how much faster the black sedimentary rock eroded away in comparison to the tougher white granite below. This group of peaks at the headwaters for all the rivers that flow into the surrounding lakes and it was neat to see the white and black boulders, rocks, and then pebbles shrink in size and become polished smooth as we followed the streams. There were no other types of rocks mixed in and the contrasting colors in the river beds were really pretty. 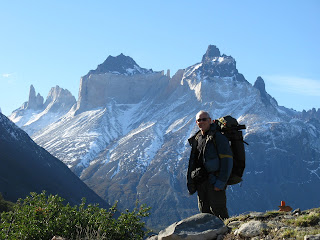 Along with drugs, don't do fire. (This is for all the Boy Scouts out there). 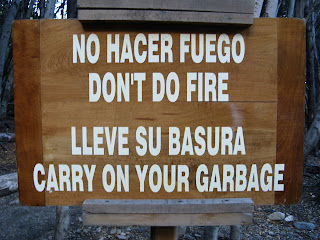 Camp after a rainy day. 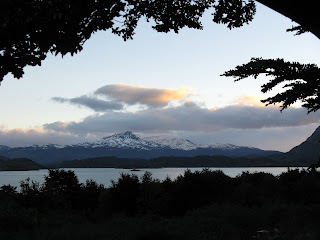 Puerto Natales is on the Pacific ocean. Really good seafood. :) 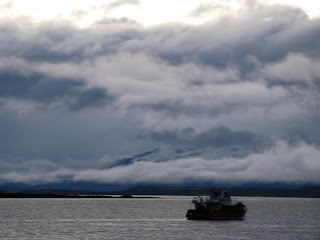 Perito Moreno Glacier is huge! I have seen a fair bit of glaciers in my day, but this one was REALLY big! And it calved big chunks of ice with shot gun cracks about every 1/2 hour. The glacier comes out across the lake and runs into the land on the other side separating the lake into two. About every five years or so enough pressure builds up on the north end of the lake where the rivers enter that a huge calving event occurs creating a channel the again joins the two sides of the lake. This is predicted to occur any day now so the glacier is being watched very carefully so that it can be caught on film. 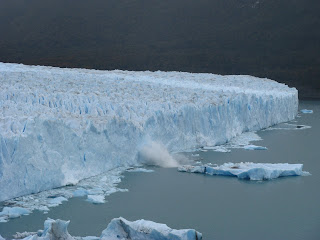 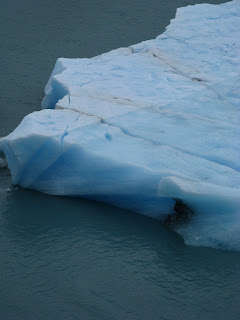 The clearer ice is older and more compact. The range of blues was surreal. 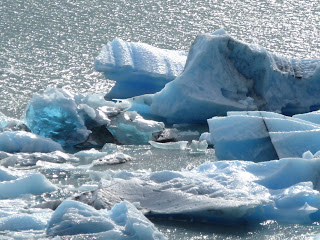 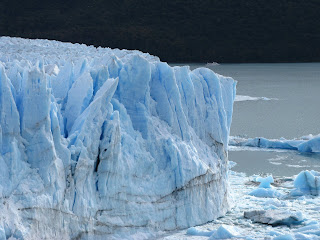