River of No Return

Liz, me, some friends, and some new friends rafted the Middle Fork of the Salmon river for eight glorious days. Thank you Liz, for everything.

There are a ton and a half of pictures here, but if you are thinking "come on Katie, cut back a little!," just remember that there are many more where these came from. 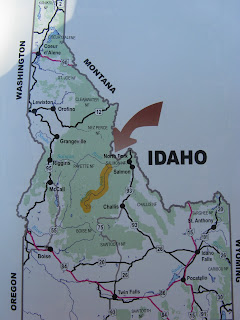 Little Pepper (Liz's car) did it again! We push her so much and yet she has yet to reach a breaking point. Who knew you could put so much heavy stuff in a little car? She turned 200,000 on this trip. 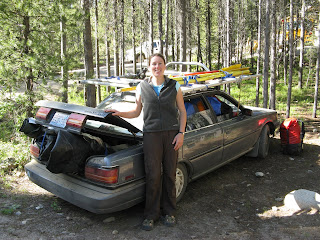 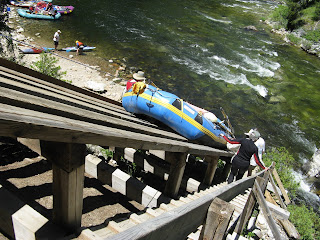 Bryon decided to run Dagger Falls right before we launched. Can you see him? 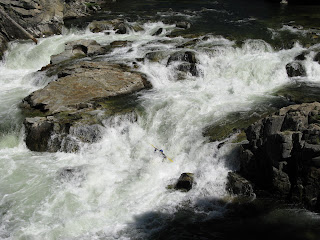 Bryon rowed so we painted our nails. The next rapid did a number on the paint job, but we still were stylin'. 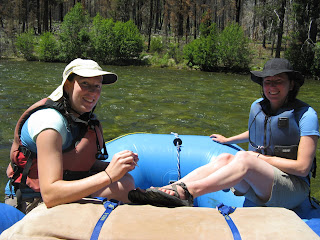 Captain Liz took over for the big ones. 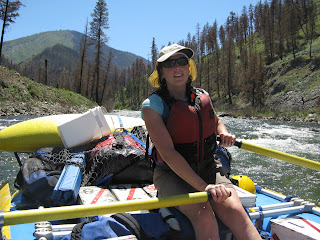 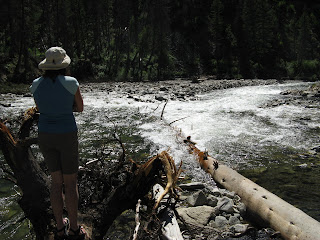 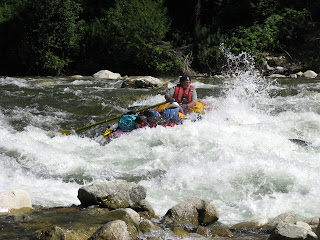 Unfortunately there are no photos of us doing battle with Lake Creek rapid for our boat. This oar blade has a steel shank in it and it is toast. We went in the hole which held us for about 5 minutes (no joke, our friends on shore say it was at least that long). Bryon fell out after a long ride, I followed shortly and was maytaged (did a spin cycle in the hole), and Liz eventually abandoned ship when highsiding was getting us nowhere. We ended us using tree trunks and the bowline to pull the boat from the hole. 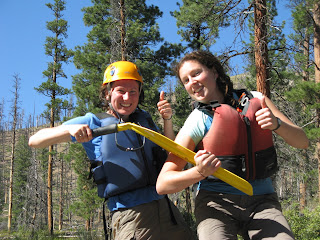 This fishing spot was right next to some hot springs. I soaked, fished, and repeated. I caught my very first fish on a fly here!!!!!!!! The fishing on the entire trip was fantastic. 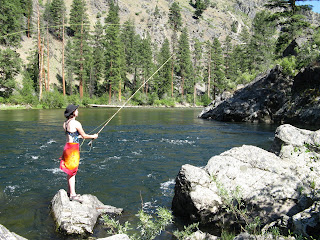 Liz rockin' it on the roll. 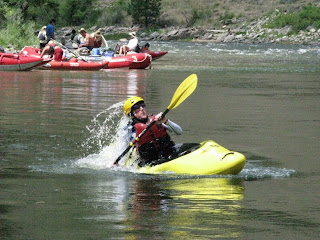 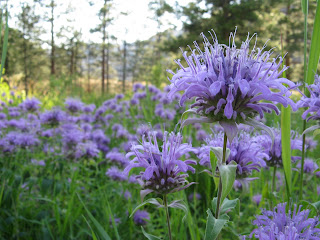 There are several mule trains that carry supplies to and from the river ranches. This guy became my close friend after several gifts of dandelion leaves. 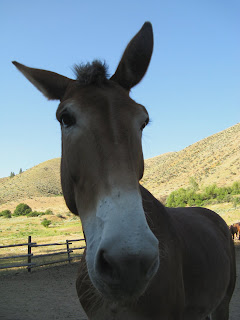 More hot springs! We found the perfect spot between the hot water and cool river. 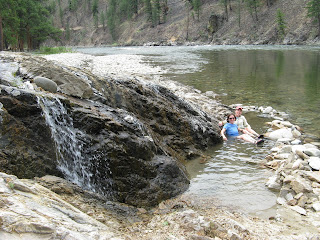 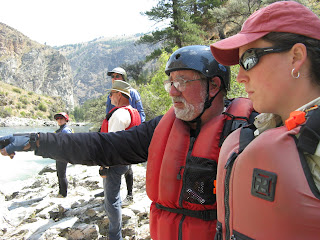 Tommy and Barb in Tappan Falls. 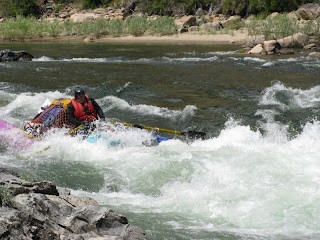 Cecil and Ann in Tappan Falls. There are few true whitewater canoeists out there; it was a joy to watch these two in action. 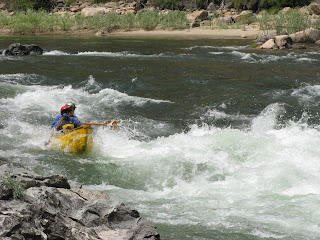 Evenings on the river. 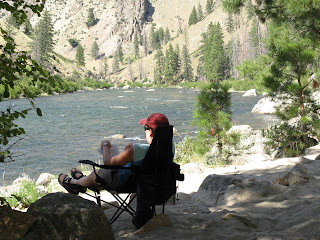 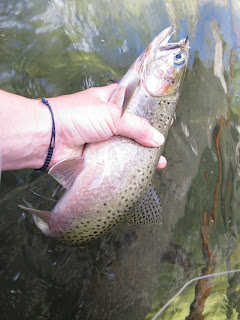 My fishing get-up. I think the sarong was good luck. 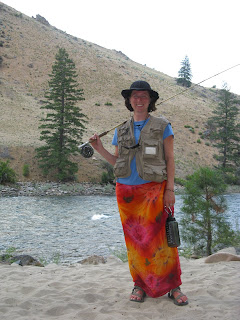 Philosophizing and chatting it up with Liz on the tarp at night was one of the best parts of the entire trip. 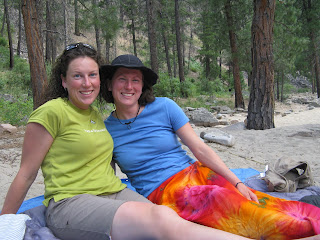 A rousing game of Pass the Pigs. It is funner than you think. 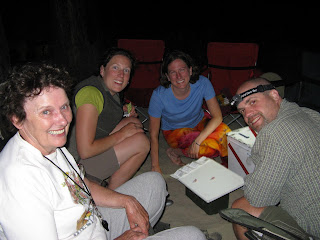 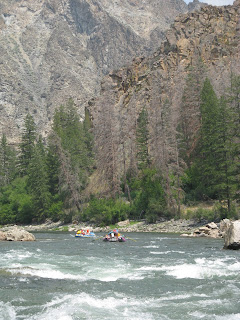 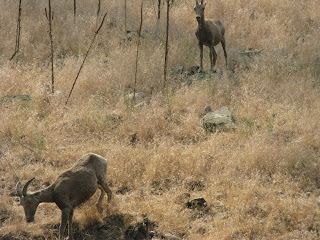 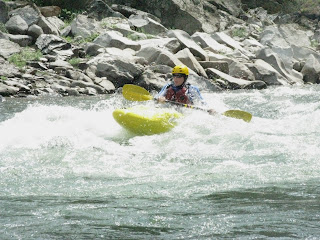 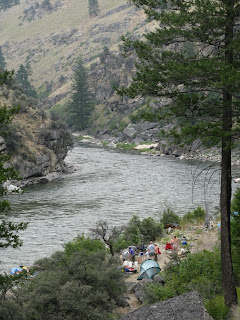 The waterfalls that ate my camera. :( 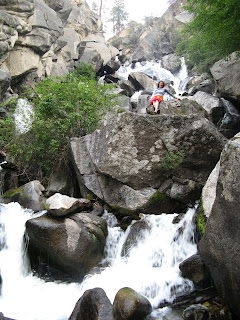 Katie, I am so proud of you! Your first fish on a fly, that is awesome! Just looking at your pictures makes me so proud that you're my friend. You are just so full of life and I think more people should enjoy life like you do.

I always say the more pictures the better! I LOVE reading about all of your FUN adventures and living them vicariously through you...you inspire me!!!!!!! :)

It looks like you had an amazing trip! Way to play hard before getting your surgery! And I love the sirong (sp?)...definitely good luck when it comes to fly fishing!