International Botanizing and a Hike

This past week was the third meeting of the International Seed Ecology Society. It is a rather small group of scientists (as you may imagine) but diverse and interesting. Our boss was in charge of planning and hosting it this year so we got to attend. Scientists from 38 different countries were there giving presentations and botanizing on the field trip. 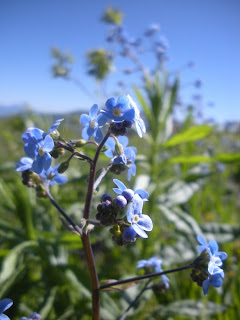 I just took pictures of the field trip, I didn't think pictures of a bunch of people listening to scientific lectures would be that thrilling to look at. 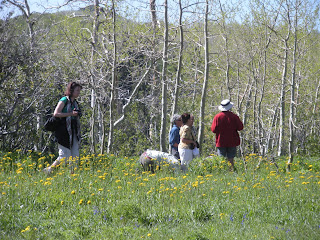 The ecologist in the center of the picture is giving a perfect example of a good botanizing position. It was a fun experience to drive around the state with this diverse array of people and talk about plants in so many different languages and accents. At each stop we would unload the buses and everyone would start combing the ground to find more and more floristic discoveries. You knew when a tough plant to identify had been found by the circle of people around it all with faces in the dirt and bums up. 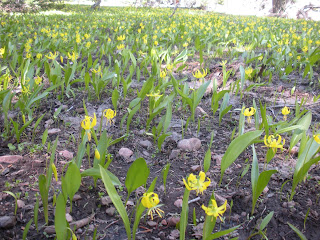 Fawn violets. One of the new plants I learned. 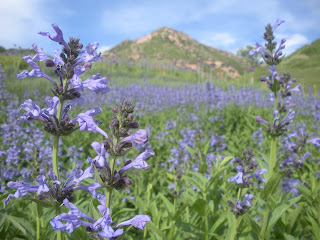 I don't know, but they are pretty and the bumblebee was cute. 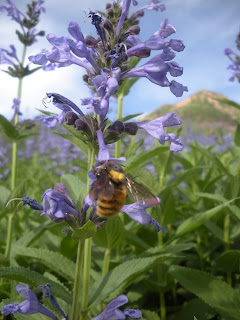 Saturday Sudeep, Keith, and I went on a hike up Squaw Peak. Sudeep is a student from Nepal working with Keith in the genetics lab. He has been wanting to hike some of the visible peaks around Provo. 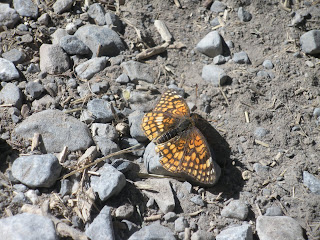 Their were butterflies everywhere! All different colors and patterns too. Yellow, black, orange, white, polka-dots, stripes, etc. This is the only one who would submit to a photo. 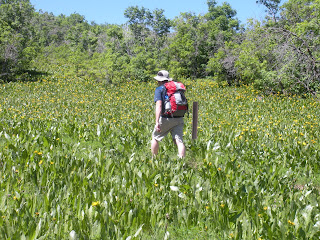 A meadow of flowers near the top. 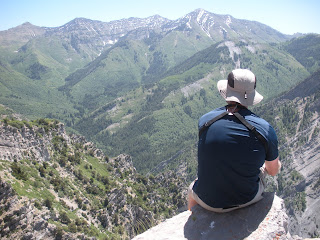 Keith wishing he had a parachute at the top. 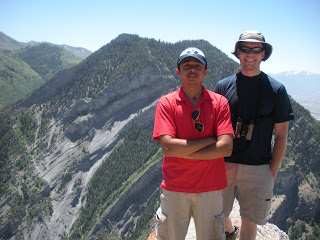 Sudeep and Keith. While in the woods Sudeep said that this was the closest thing he had found to Nepal since coming here. 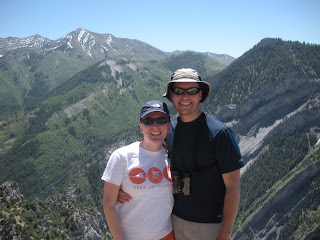 At the top. I am really not that short. The rock was slanted. Really.
Posted by Katie at 4:25 PM

I love you Katie!! That is all.

I'm glad that everything is going well. It was good to talk to you yesterday. I've always loved looking at your flower and mountain pictures. Wonderful.