I Do Love a Fair 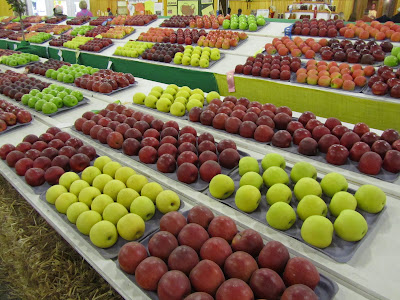 We had heard rumor that the North Carolina State Fair was a pretty good one, so Keith and I had been debating for a few weeks if we were going to go check it out or not. As the last weekend of the fair approached Keith's department gave him some free tickets so we stopped debating and went. We loved our first real family day out here in Raleigh. 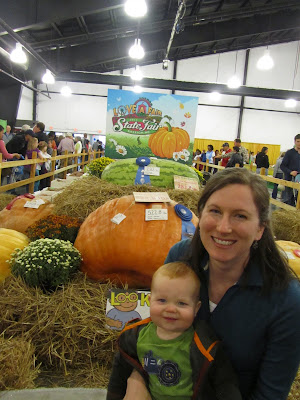 Can't go to the fair without checking out the biggest pumpkin! Oh, and behind it is the biggest watermelon. It broke the old state record! 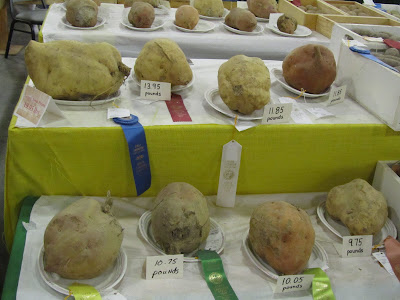 Really big potatoes. Since we have been here I have fallen in love with sweet potatoes. I used to just love them at Thanksgiving and Christmas, but the possibilities have opened up to me and they have become more of a staple in my pantry then your normal brown potatoes. Sweet potato enchiladas (absolute heaven), sweet potato minestrone (best. veggie. soup. ever. I submitted the recipe to this site and it will be posted sometime this week), and the most delectable sweet potato hot dish dessert EVER (I would pick this over chocolate cake. Seriously.), too name a few. 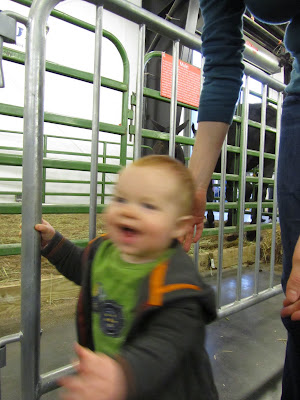 Ok, now back to the fair.
Instead of getting his picture taken, Charlie wanted to do what he does best: be a blur. For every clear shot I post of Charlie on this blog there are at least three others that look more like the one above. 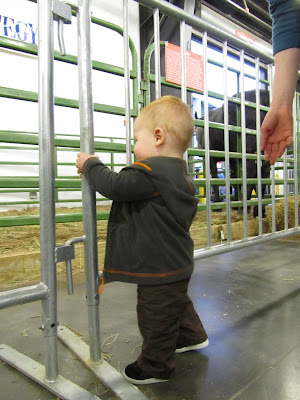 He loved three things about the fair: standing next to the above metal gate, 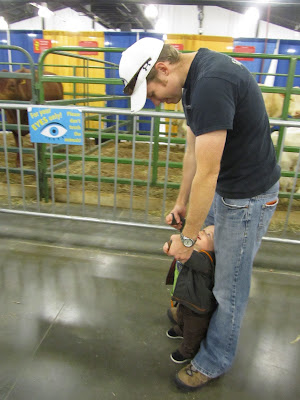 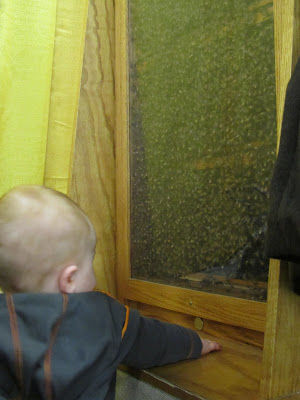 and watching the bees. 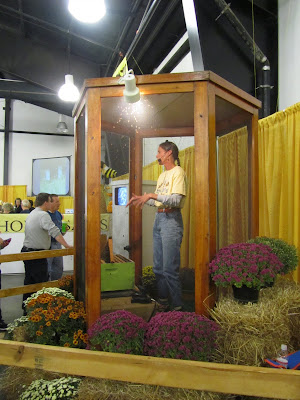 This lady drew quite a crowd. If you want to get people interested in bees, talk about them while standing in a cage with hundreds of them. 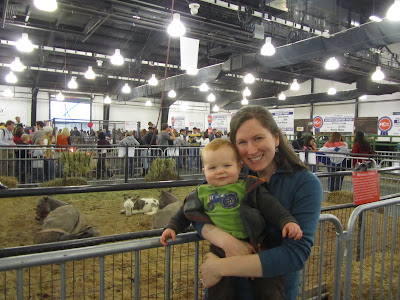 If you can try and take you eyes off of the cute little red head with the cheeks (as he is known as at church) and look behind him you will see one of my favorite sights at the fair: miniature donkeys. The two grey ones are regular sized, but the white and grey one is a miniature. They grow to a max of two feet tall! If I had seen these as a kid I would have totally wanted one as a house pet. 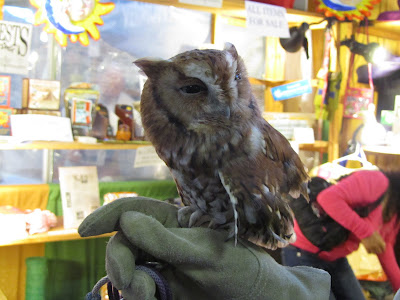 This guy was another miniature favorite of mine. We had an instant connection, he was winking at me. 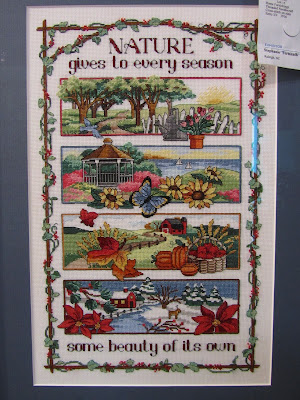 We also went through the arts and craft tents. There are some very skilled and talented people out there! I took a picture of this piece though because I want the pattern! So all you cross-stitchers: keep on the look out!

We also (of course) indulged in a little fair food. I have now experienced a couple of hush-puppies and (gasp) don't understand the hype. Yes, they are tasty, but nothing amazing.

As fairs go this one was pretty good. It can't compete with the Puyallup Fair (yes, I am a fair snob, I know) but it held its own. A good fair is one of my favorite fall traditions.
Posted by Katie at 1:38 PM

Fun stuff! I love a good fair, myself and I really liked seeing the pictures of all the fun stuff you guys saw.