The first thing Keith wanted to do once he was done with classes was to go camping. Hooray for taking the weekends back from homework! We were so excited to take Charlie on his first camping trip. We put his travel bed in his crib so he got used to it and Keith set up the tent in the living room and played with Charlie in it in the hopes that he would get excited too. 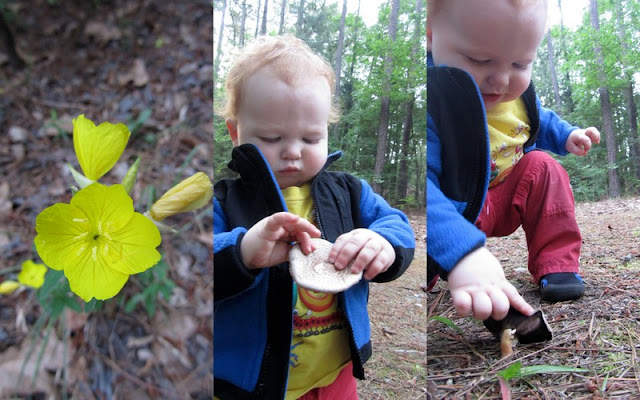 I love watching Charlie as he discovers things for the first time. Like a toadstool. I call the middle picture "baby mycologist." He was completely absorbed with it until he saw a new stick. At that point the fungi was dropped and the stick exploration began. I love how even when he is bored with absolutely everything inside, once we go outside, absolutely everything is fascinating. I think I can understand. 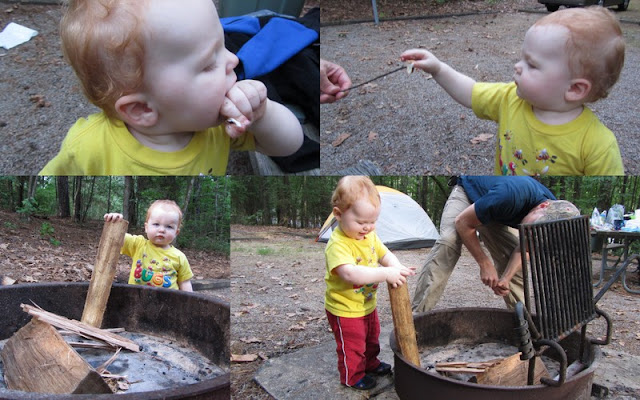 Keith gave Charlie his first lesson in fire building. I don't know how well Charlie caught on though, as he just wanted to carry the big sticks around instead of laying them down. His first marshmallow was a bigger hit. 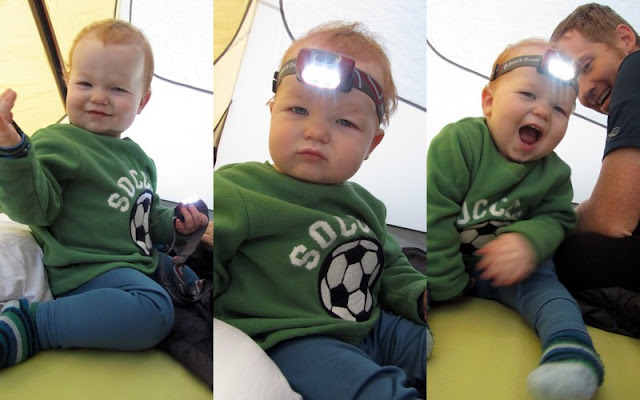 We fretted over how well he would sleep and ended up being pleasantly surprised. As always, he woke up "snapping" his fingers. 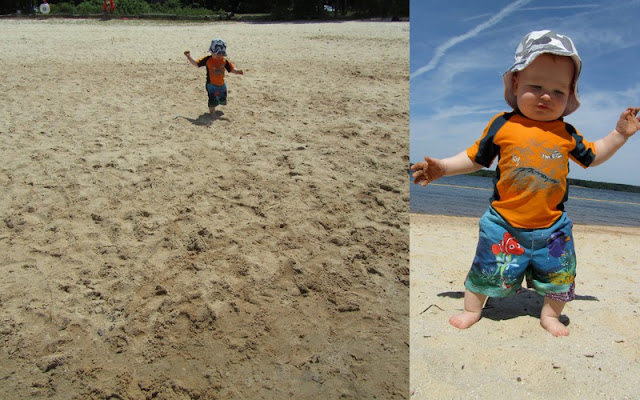 After breakfast we went down to the lake (different lake than the one by our place where we walk/run). Charlie LOVED the sand! 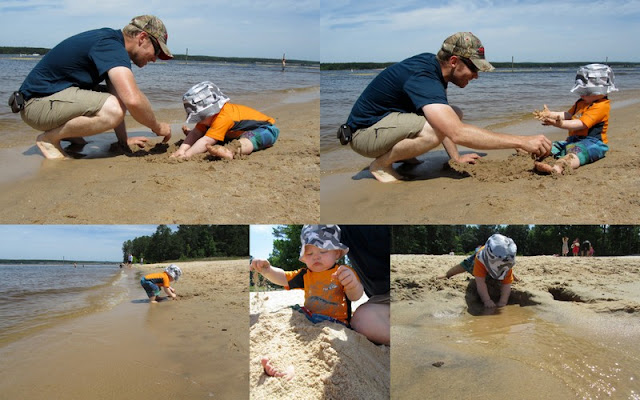 It was really weird to go car camping after so many years of just backpacking. To just pull the tent out of the car instead of hiking in to someplace felt odd. Our outdoor adventures may have toned down a bit but we love sharing them with Charlie, which makes them great for different reasons then before. Hooray for the beginning of lots of family camping adventures!

Bonus video: Charlie and the Bubbles

My favorite part was when you said "car camping" I had to think what that was for a few seconds and then realized that's the only camping I've ever done. :) ha ha.

I wish we could go camping with you! Looks like it was fun! I'll bet Charlie will make a killer fire someday, thanks to all the training from Keith. :)

A great camper in the making. It won't belong until he demands is own pack and follows you up a trail.