These Boots Were Made for Walkin' 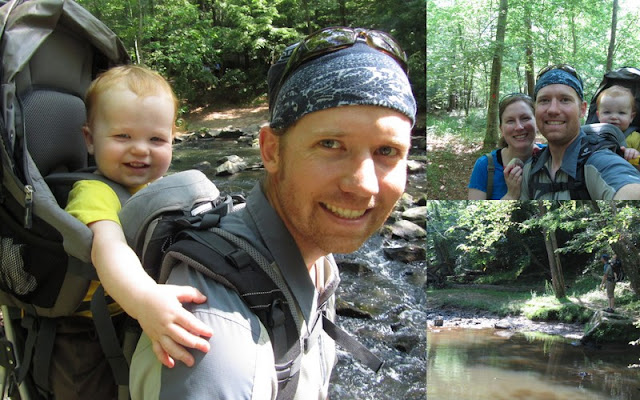 Up until the Friday of Memorial Day weekend (yep, I am playing "blogging catch-up") we thought that Keith would have to be in his fields working on Saturday and Monday. We were thrilled when we learned differently and made some last minute plans. Saturday we went hiking in the near-by Umstead State Park. It was a beautiful day to be moving along a trail. 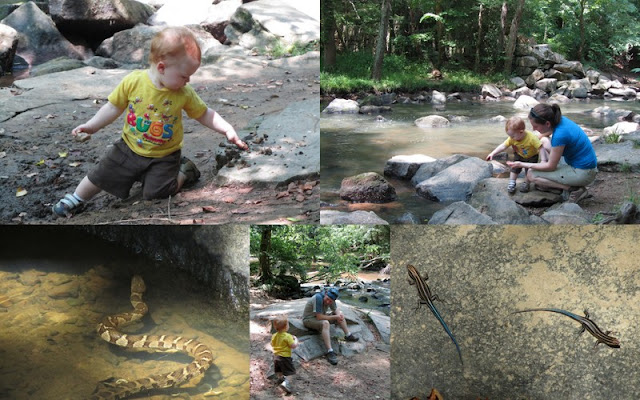 Charlie insisted on exploring the area in a bit more depth so we took a break by the river. Charlie immediately zoned in on a mud hole and began excavating. He was only pulled away when I showed him the joy that is throwing rocks into water. We were having lots of fun until Charlie reached into the shallow water to retrieve some rocks and scarred a water snake out from under a nearby rock. Charlie wasn't bothered by the snake but was quite upset by my quick reaction to grab him up and away from the snake that was of course out to eat him. I don't normally have issues being in close proximity to snakes, but put my little cherub in the mix and it is a different story. Before we hit the trail again, Keith found some lovely blue-tailed skinks scampering over the rocks. 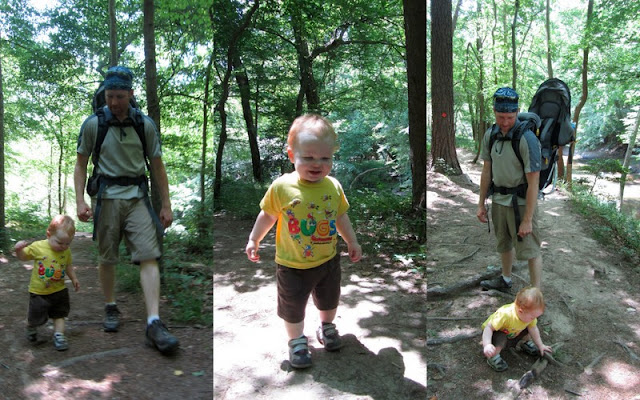 After our break Charlie firmly insisted on traveling on his own two feet. He carefully maneuvered his way over each tree root and LOVED the bridge (see video below). Finally, after quite the distance and one steep up hill section, he calmly sat down in the middle of the trail, and looked up at us as if to say "ok, I'm done." Then, and only then, he let us put him back into the pack where he promptly laid his head against Keith's back, exhausted. After a really long nap (3 hours!) we joined some friends for a cook out in their backyard. No pictures, but tons of fun. 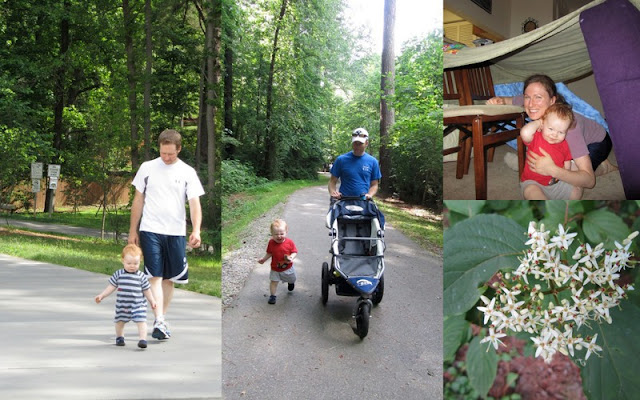 Sunday and Monday also included little walks during which Charlie insisted on walking as well. We move slower, take more stops as Charlie switches out his rocks, but we love our little family strolls. The rest of our three-day weekend was filled with relaxed family time of board games, a very short trip to the pool (due to a thunderstorm), fort building, and lots time just hanging out with Charlie. Simple but great.

Eeek! a water snake by your Charlie cherub!

Ahem, ah, what I mean of course is - lovely hike. I'm so glad you all got to spend the weekend together! I love seeing Charlie's cute little walk!