The week following Christmas was filled with low-key family fun. We stayed up and played board games every night and relished in our combined break from normal responsibilities.

It was a rather rainy week so one day we headed to the children's museum. With five adults and only one kid, we had to share Charlie, but Charlie loved it!


Luckily we had some good weather days too. We went out for a round of disc golf one morning so Grampa could try out his new Christmas disc.


During down times Charlie would ask Grampa Joe for "Aa-moo-moos." And would then look at animal flash cards on Grampa's phone. 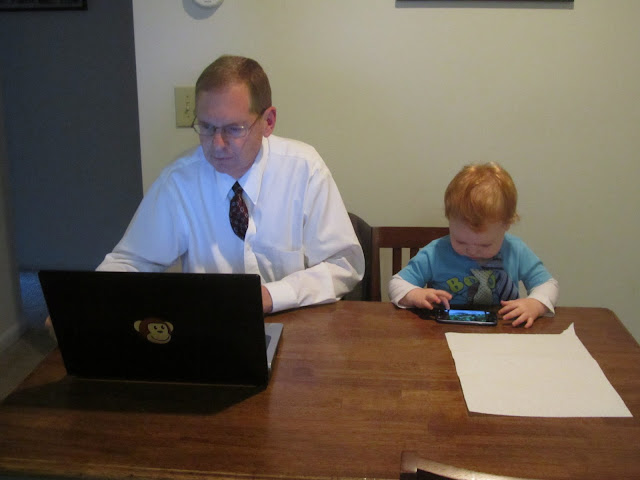 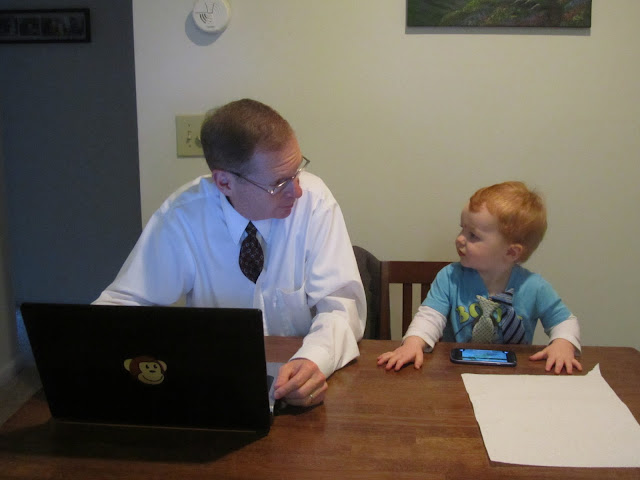 On another fair-weather day we drove out to Hemlock Bluffs. It is a nature preserve pretty much in the middle of the town of Cary with hiking trails and lookout points. It preserves the one stand of hemlock trees in the entire south. Hemlocks grew all over here shortly after the last ice age but as things continued to warm after the ice was gone, it became too hot for them. Except for the north side of this little bluff where there was a cool enough micro climate for a small stand to survive. Cool huh!? 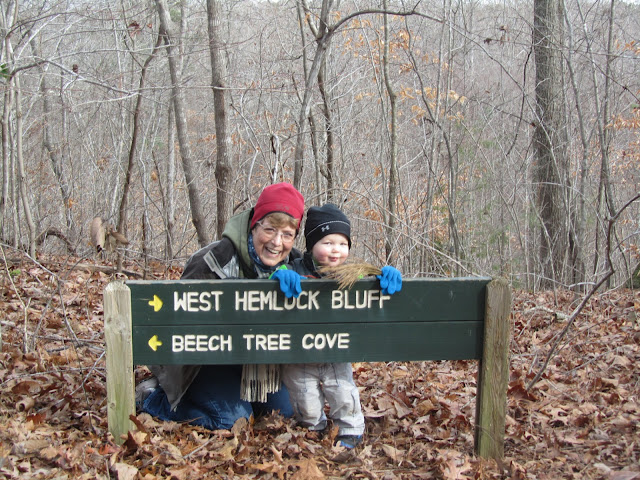 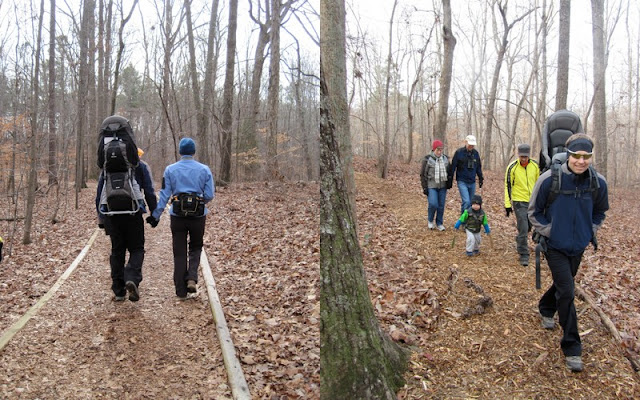 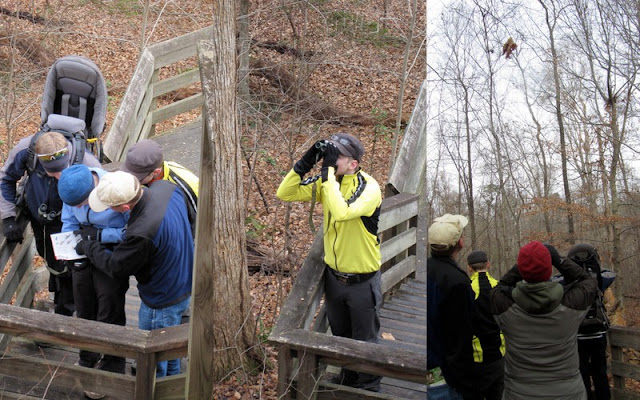 The highlight of the hike was spotting the 131st bird species on my life bird list: the Yellow-bellied Sapsucker. I almost missed it, and according to the bird book it is a bit of a recluse, so I was thrilled. 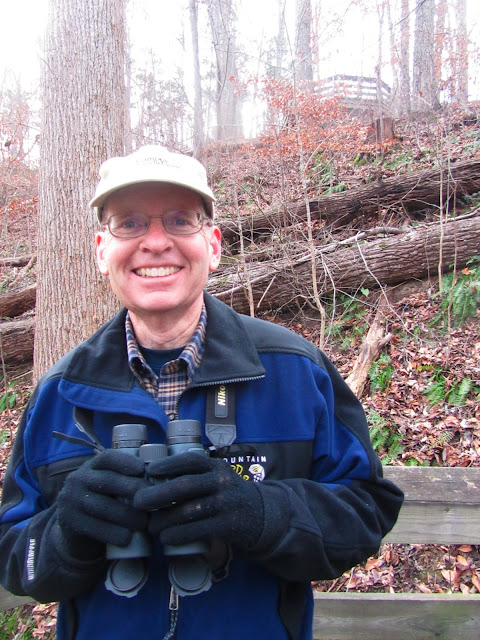 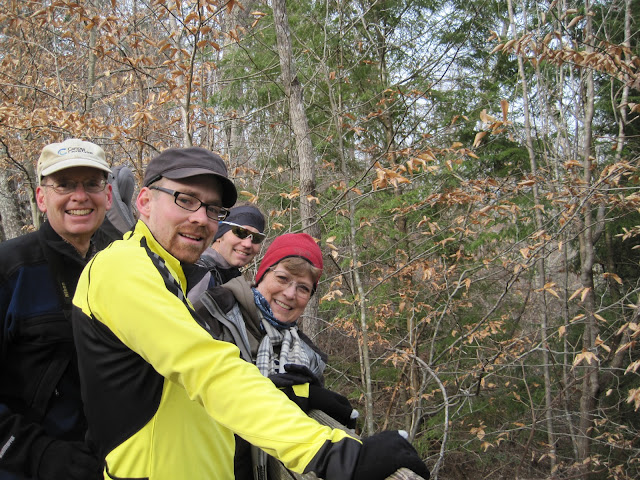 All three of us were really sad to see these guys go. We love you, come visit again soon!
Posted by Katie at 1:11 PM

Charlie looks like he is on cloud 9 with all that attention. Is he wearing 2 ties in the picture with his Grandpa? :) So cute!

What a wonderful visit for you! I love the "trolls" under the bridge - how funny! I can almost hear a squeal of delight. And wow! congrats on you 131st bird!

Yes he is wearing two ties, Spring! That is his trademark fashion statement these days.