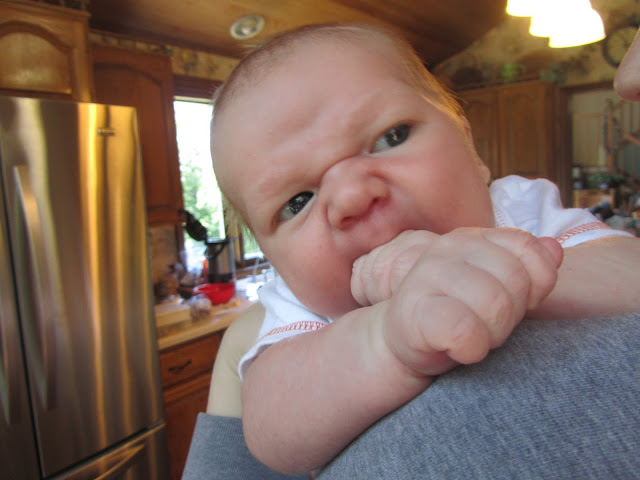 Meet my new nephew: Benjamin (Ben, Benji, Baby Ben, etc.). Believe it or not, he is even cuter in real life. Back in July we headed across the country to meet the little guy and hang out with the Temus clan. Well mostly just the female members. Dad was biking the Continental Divide, Joe joined him, and Alex was at the MTC (he is now in Romania, on his way to Moldova). Besides the two grand-mal seizures that put me in the local ER for the first night, it was an absolutely fabulous trip. Keith had to spend most of the time holed up in the basement working on a prelim exam. He did get a break from his status as "only guy" (above the age of 2, that is) when Darren and Cory joined the group at various times during our two week stay. 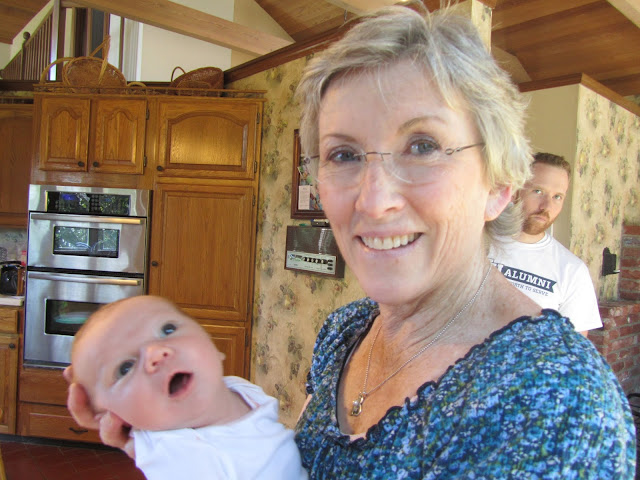 Gramma was in heaven the whole time. (Photobomb alert!) 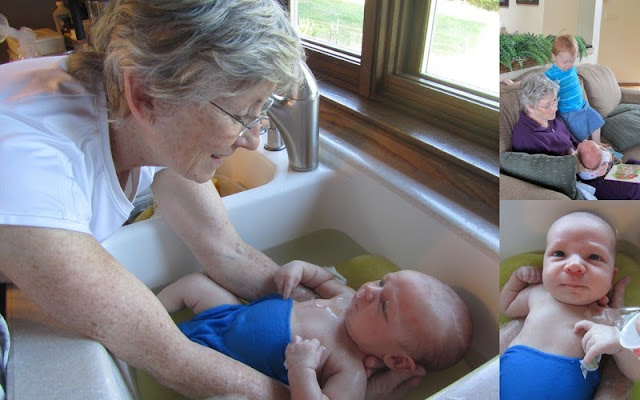 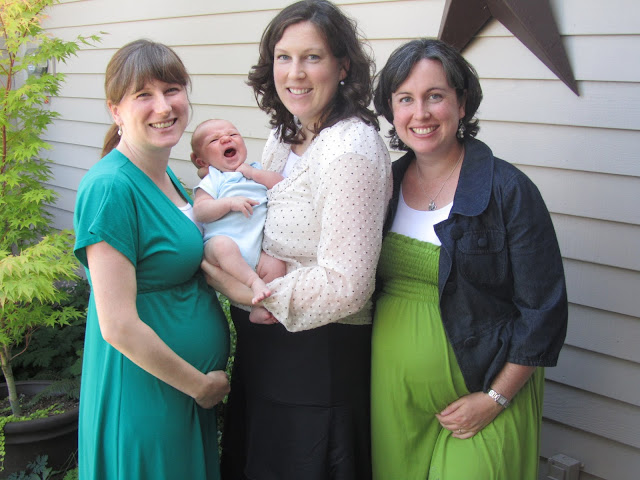 Three grand-babies in the same year. Sarah and I are due at the exact same time. We are taking bets as to whose baby will make their appearance first. 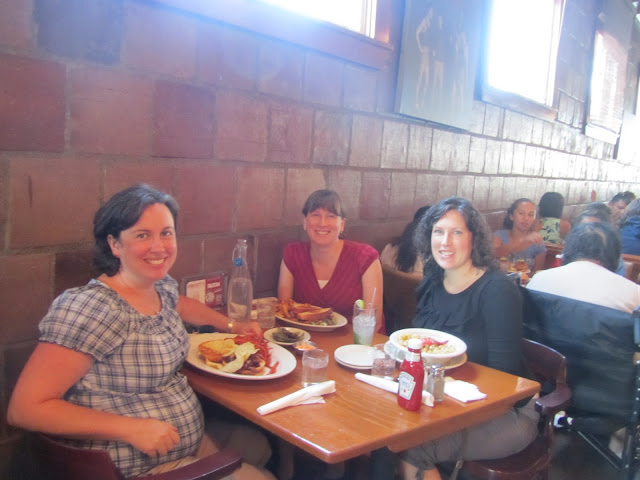 Out to lunch with just the sisters. 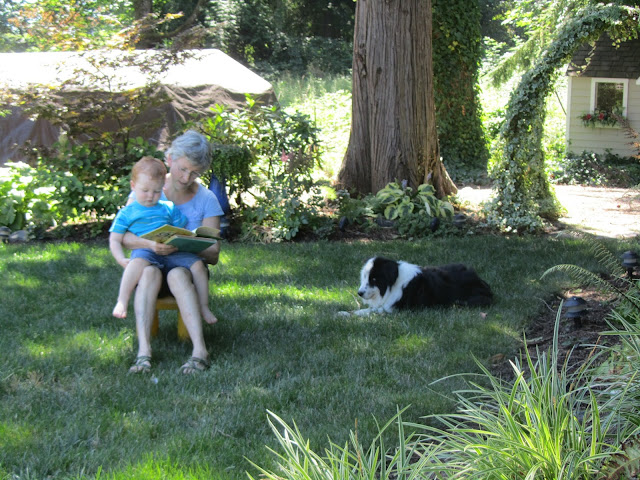 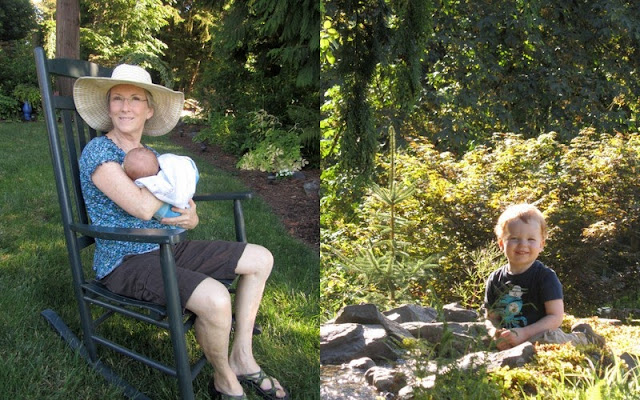 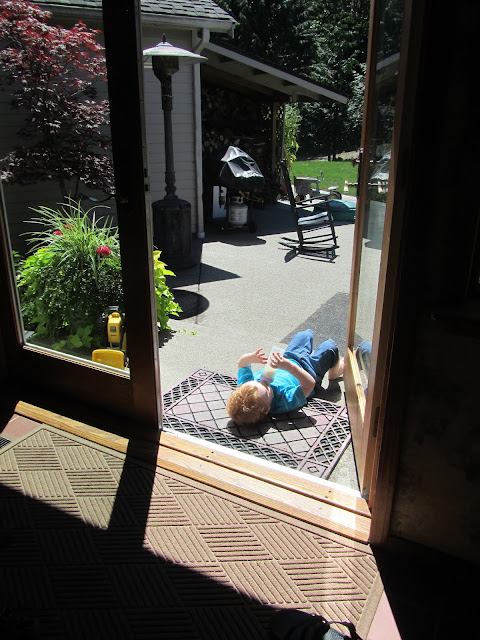 Enjoying Power Milk in the backyard. 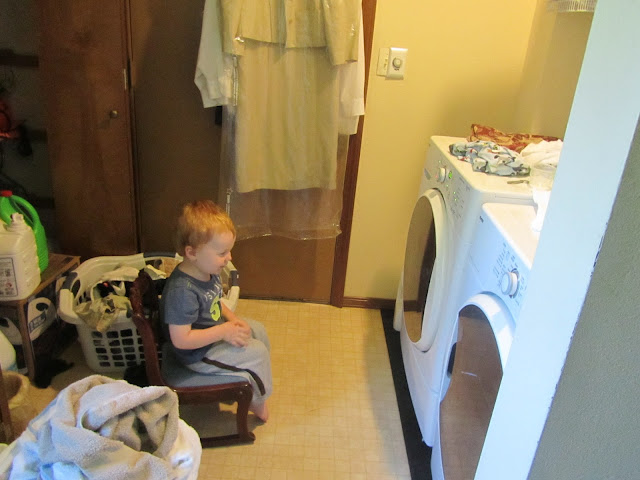 On the list of Charlie's favorite things about the trip would be watching the washer and dryer go "round and round, on and off." The kid is mesmerized by anything that goes "round and round." 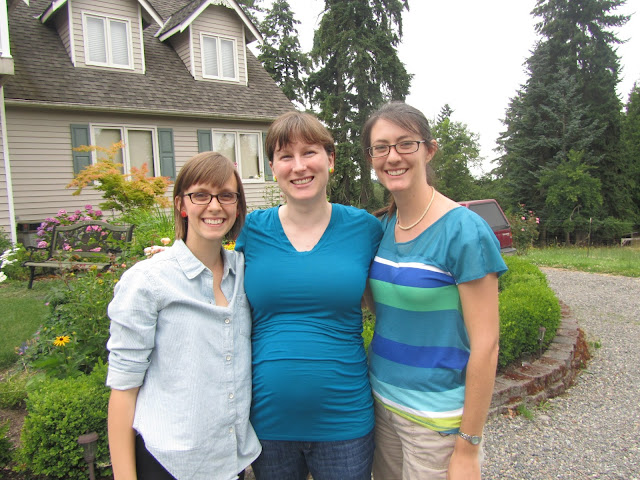 On the list of my favorite things about the trip was spending time with these two lovely ladies. Whitney and Deb were two of my wonderful college roomies and remain my dear friends after life has taken us in different directions. Whitney was in Seattle for her husband's summer internship before returning to New York. Deb lives in Hawaii but was spending a few weeks visiting family in Oklahoma. Whitney and I convinced her to take a little side trip to join us. It was absolutely wonderful. 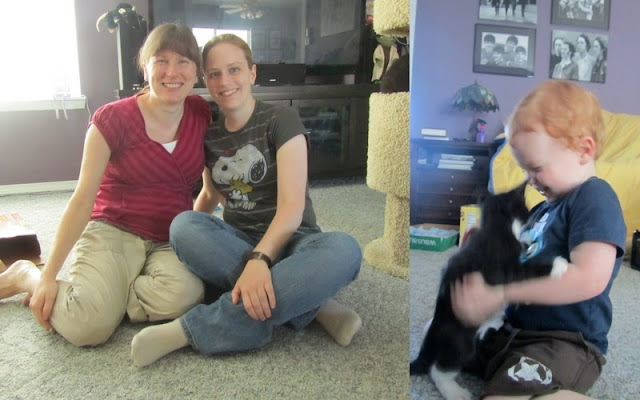 Visiting my childhood friend Amy and playing with her cute kittens. 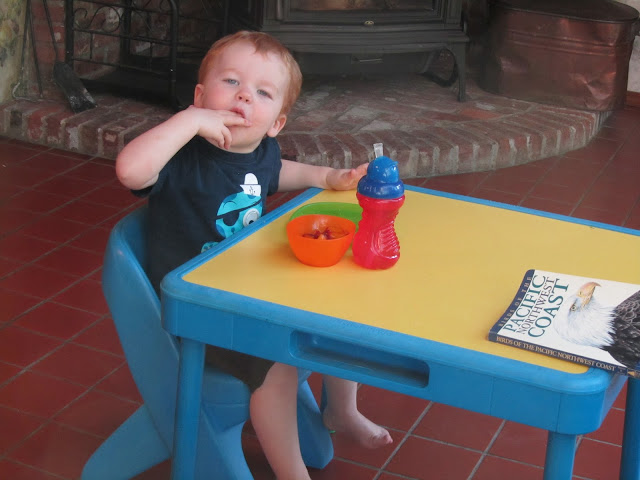 Livin' it up at his own little table. 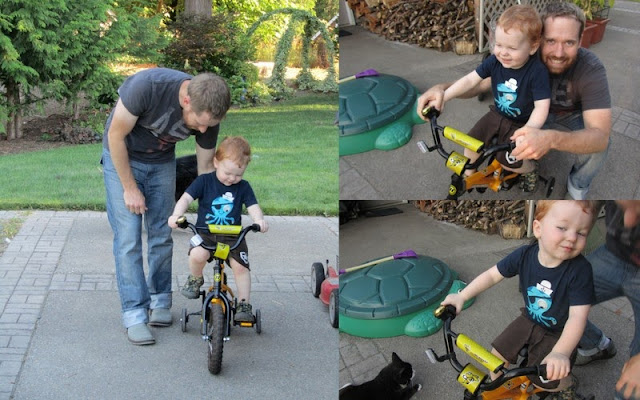 Also on Charlie's list of favorite things about the trip was taking a spin on Ama's little bike. It was a bit big for him but that didn't prevent him from completely loving it.

More pictures from Washington fun coming up...
Posted by Katie at 9:27 PM

Looks like it was so fun! And so exciting that you and Sarah are due at the same time! My bets on you :) Miss you!

That photo of you and your sisters is just perfection! Oh, it was so good to see you and hug you and chat with you. Did my heart good.

So happy for you girls to all get together!