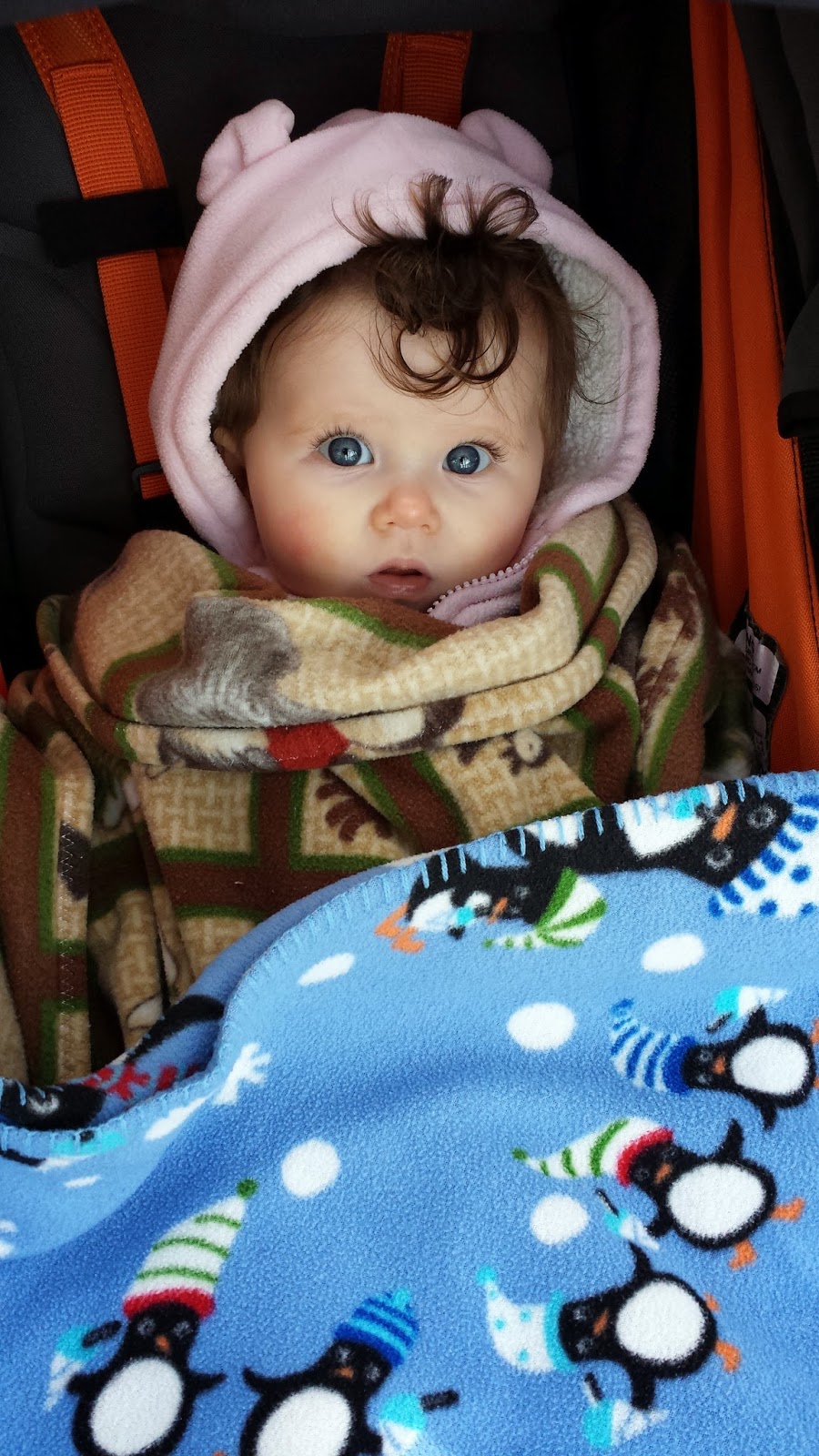 This little darling is 6 months old! (well really 7 now, but who's counting...) Time really does fly when you're having fun and are really busy. We love her to pieces and are so grateful that she was sent to us!

Here is a little bit about what she is up to now... 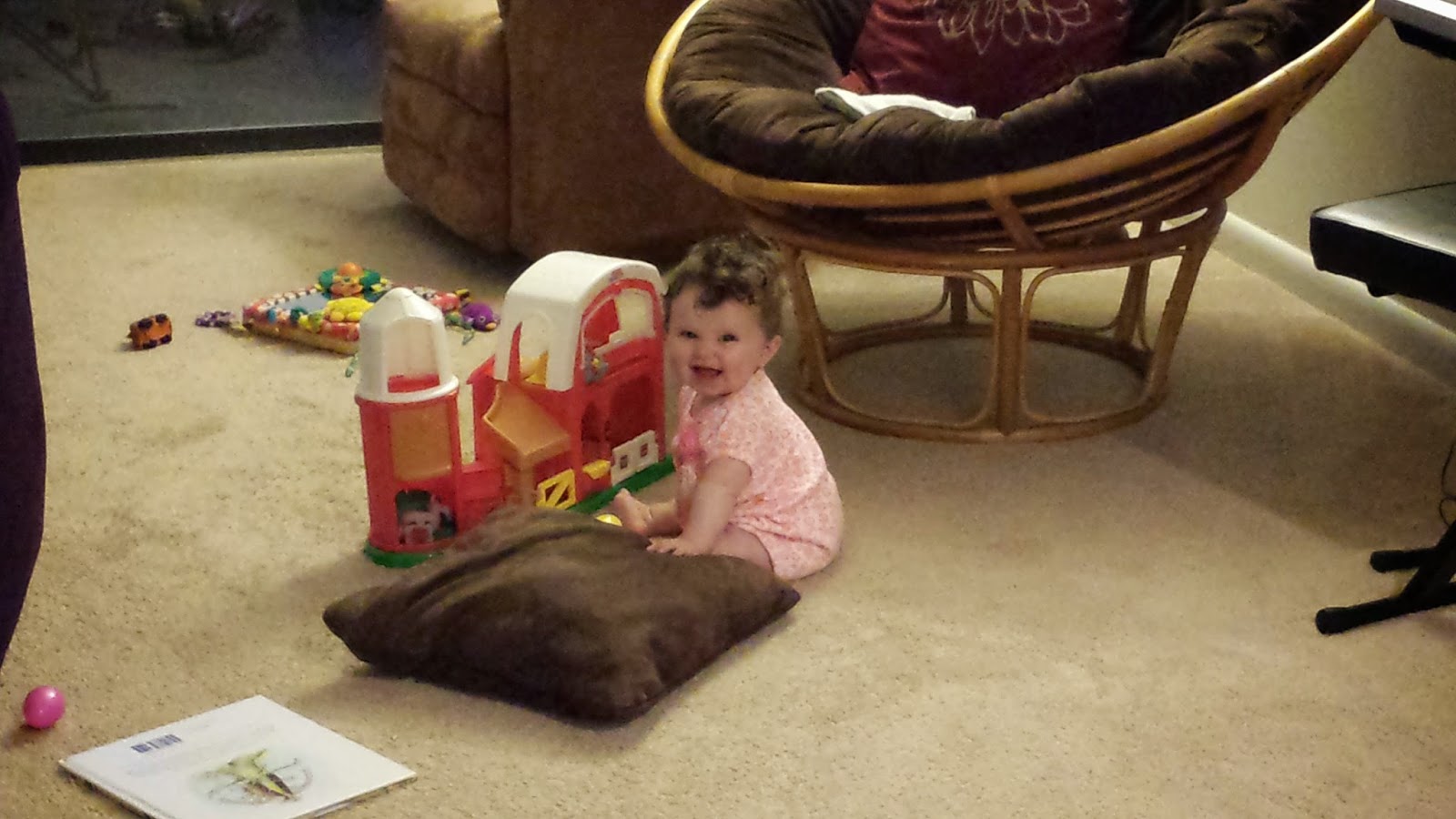 She is sitting up! Which she thinks is just about the best thing ever. She used to love being on her back but not now! She hates it when she tips over. 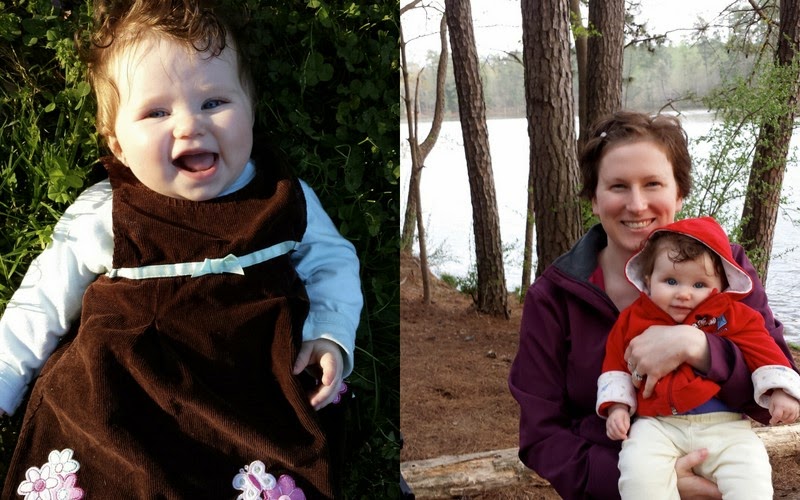 The exception to the rule is if she falls down on the grass. She loves that! Although she still doesn't like it if we put her on her tummy, she is okay with it if she tips over and ends up on her tummy by herself. The result is that she gets a lot more tummy time than before and is getting quite good at it.

One of the benefits to being the second child is that she sleeps through almost anything. 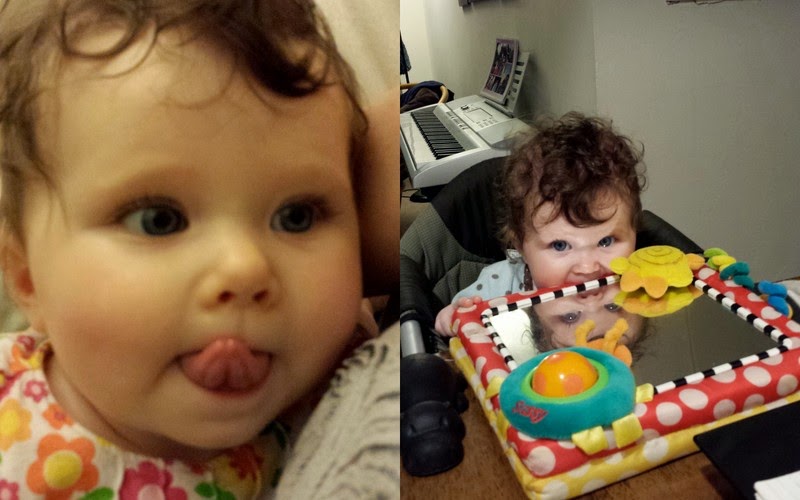 She absolutely loves her tongue. She sticks it out and plays with it all the time. Another thing she does with her mouth is chew. On everything. As I write this she is next to me chewing on the table. 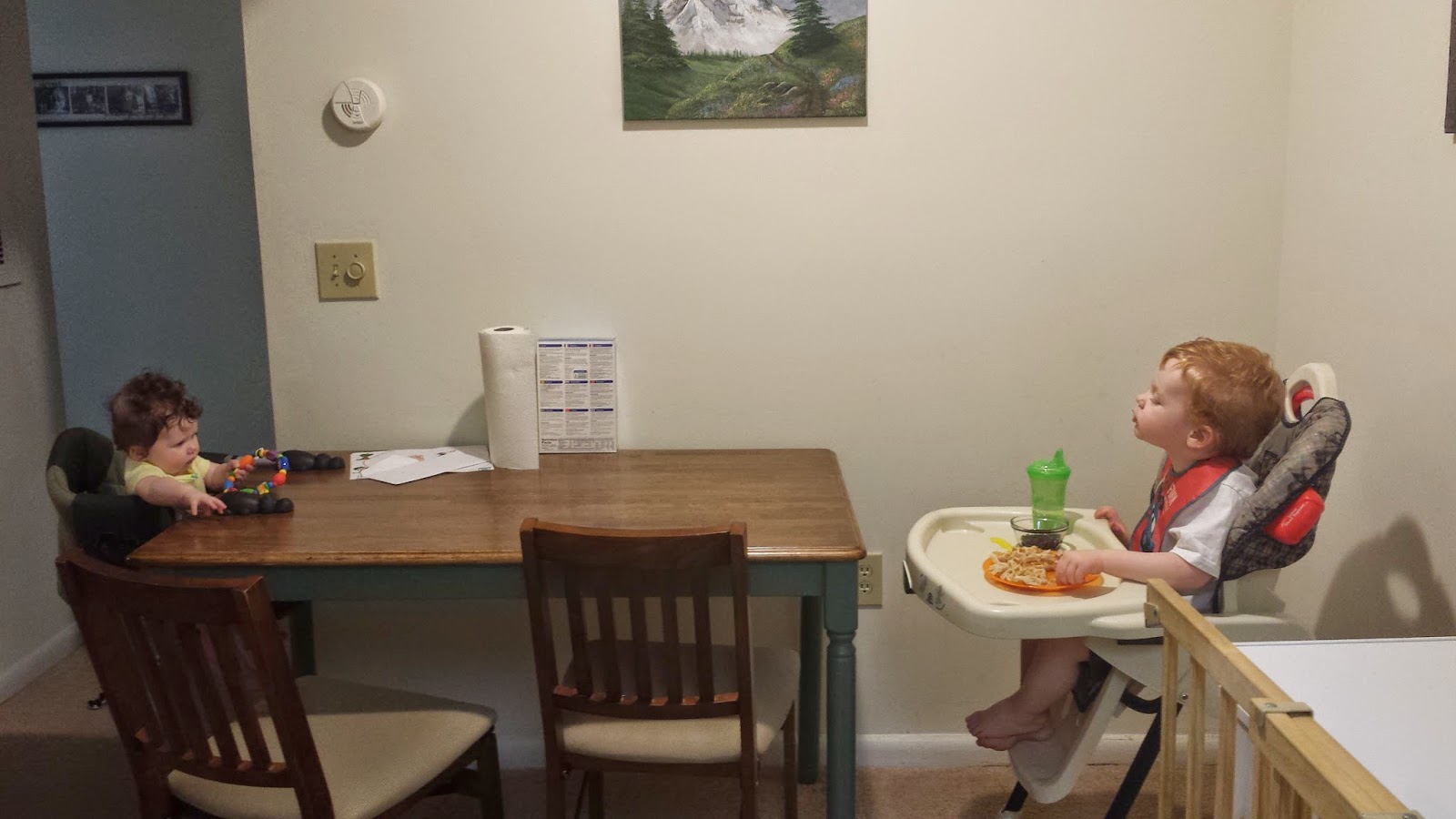 She also loves to smile and laugh, and the one who makes her laugh most is her older brother. She loves to watch him from the moment he enters the room. He recognizes her attention so he hams it up for her. He's usually pretty good with her but gets a bit rough at times. We have been trying to explain that he can't rough house with her, but he doesn't seem to really get the concept or the fact that he can't carry her around by himself. 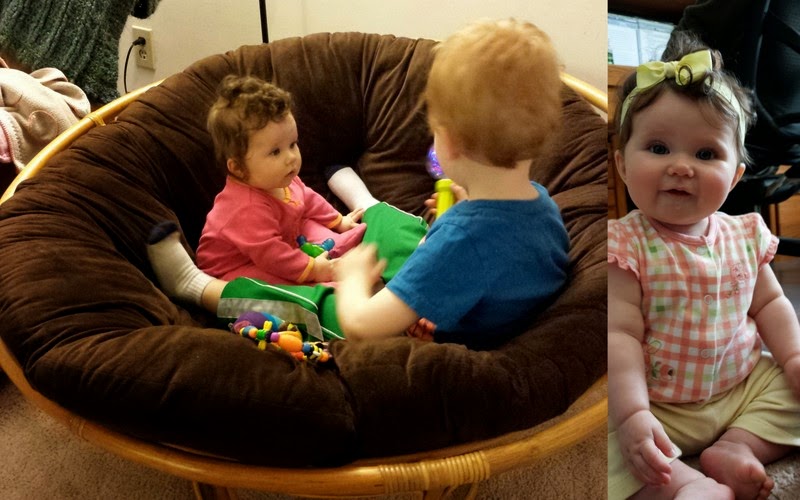 Despite all that she loves him and Charlie says that Jane is his "best friend."

At times it gets a bit crazy having two kids (I know, all of you with three or more kids are thinking "you have no idea") but we are so happy and wouldn't change it for the world.
Posted by Katie at 3:22 PM

Your kids are so adorable. I wish we lived closer so our kids could play together!! xo

Katie she's so gorgeous! Thank you for taking the time to share her with us. She's a lucky girl to have you for her mom. xoxo

She is so so so perfect and wonderful! I love her to pieces. Joe told me you guys might be in WA in August and I squealed with delight. I need to squish Jane and run around in the grass with Charlie. I love you and your family so very much.

Jane is so beautiful! I love that she likes to lay in the grass. It must have been genetically inherited from her parents! Love you so much!

It's too late to call, and for some reason I don't have your email, but I wanted still to wish you a happy birthday. I hope it was a great day for you all!