When I first came to North Carolina I had a lot of worries: no "real" mountains or rock climbing or backpacking, about as far away from family as we could get while still being in the country, crazy hot and humid in the summer, didn't know anyone, etc. So much has changed within those three short years. Although no mountains appeared out of nowhere and I never went rock climbing, Keith and I found things that we really enjoyed doing: walking along the beach in the morning calm, walks and bike rides around Lake Johnson, the amazing farmer's market, uncountable waterfalls in the hills, and most of all some treasured friendships. In the end it was really hard to say good-bye. (Well except for the crazy humidity).

One of the toughest good-byes (at least for me) was our last visit to Charlie's metabolic clinic. They have taken such good care of Charlie and us. Julie, Charlie's dietician, is wonderful beyond words. She was always available to answer questions, help when we had trouble getting formula, or had concerns and gave great advice about things we hadn't even thought of. Leaving to a new place away from them was hard. The one comforting things is that all of our dieticians we have ever had have been great. Personally I think that all potential dieticians have to go through some sort of "niceness" test. So I am not too worried about who our new dietician will be, but it is always, always, hard to say good-bye to people that are so much more than a doctor to you.

On a similar note (although unfortunately I do not have a picture) I almost cried saying good-bye to Dr. Radtke who has been my neurologist through out my entire seizure ordeal. I was walking out of the room where we had been visiting when I suddenly realized that this was the last time I would ever see him. I am kind of glad that I hadn't had that realization earlier because I don't know if I would have been able to make it through that appointment. He would answer emails that we would frantically send any day of the week asking what we should do now when some medication wasn't working or I was having major side effects, etc. After that final visit he gave me a hug and softly and lovingly whispered "I hope all goes well for you. You have been through a lot." The way he expressed it with genuine care almost brought me to tears.

All the people at Duke took such great care of me; Dr. Friedman my brain surgeon, Eve my midwife, Dr. Peters my neuro-oncologist, Dr. Radtke, and all of the many therapists and nurses that helped me along my difficult path. It made me feel sad and vulnerable to leave all of them behind. 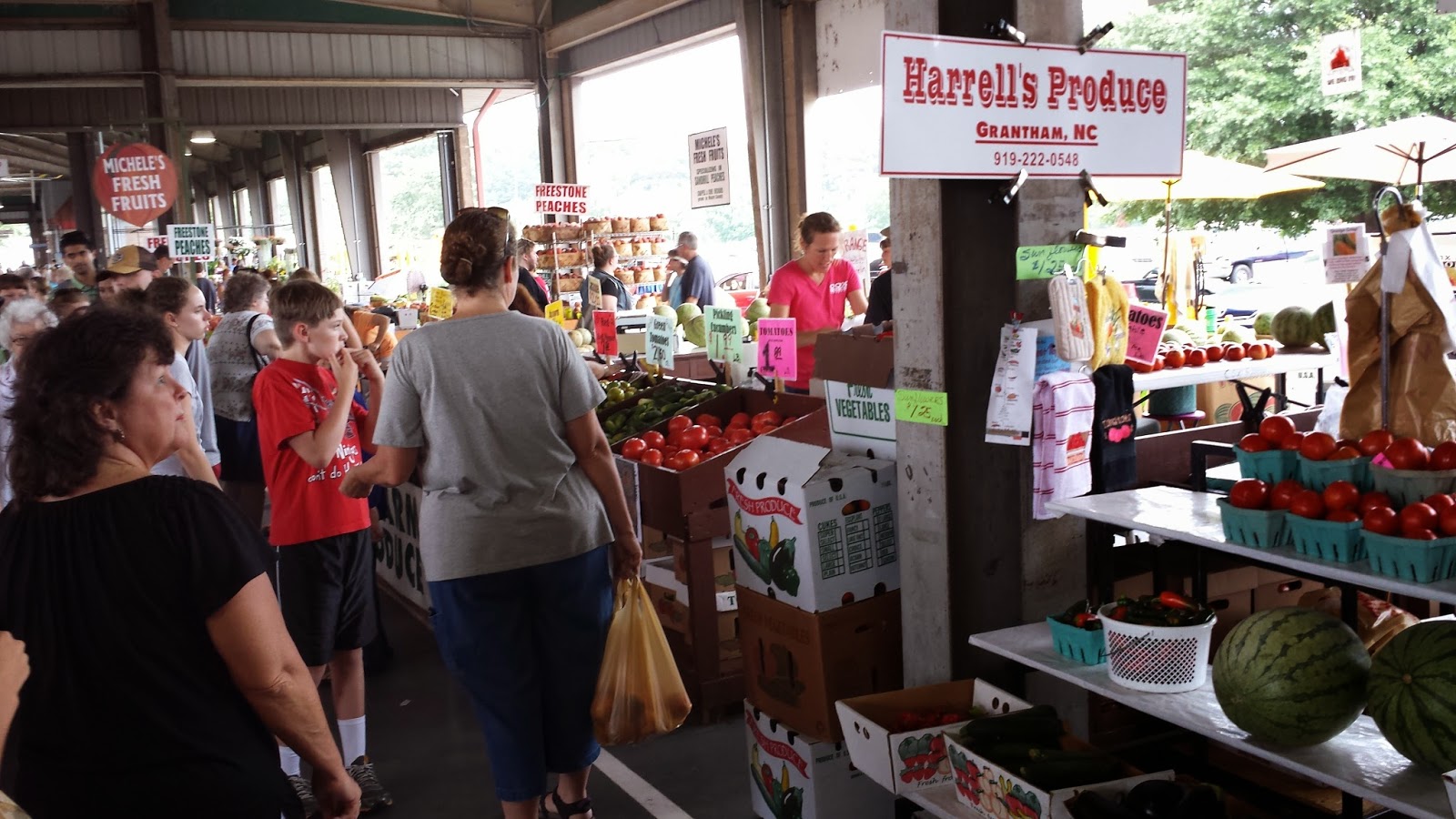 Another thing we miss is the state farmer's market. It was like no other farmer's market I have ever seen; huge, open year long, the variety was amazing and fun local fare like okra, pickled everything (really, everything), etc. Not to mention the most beautiful and cheapest ceramic pots ever. You would have to see it to believe it. Unfortunately we don't live there anymore so I won't be able to show you. 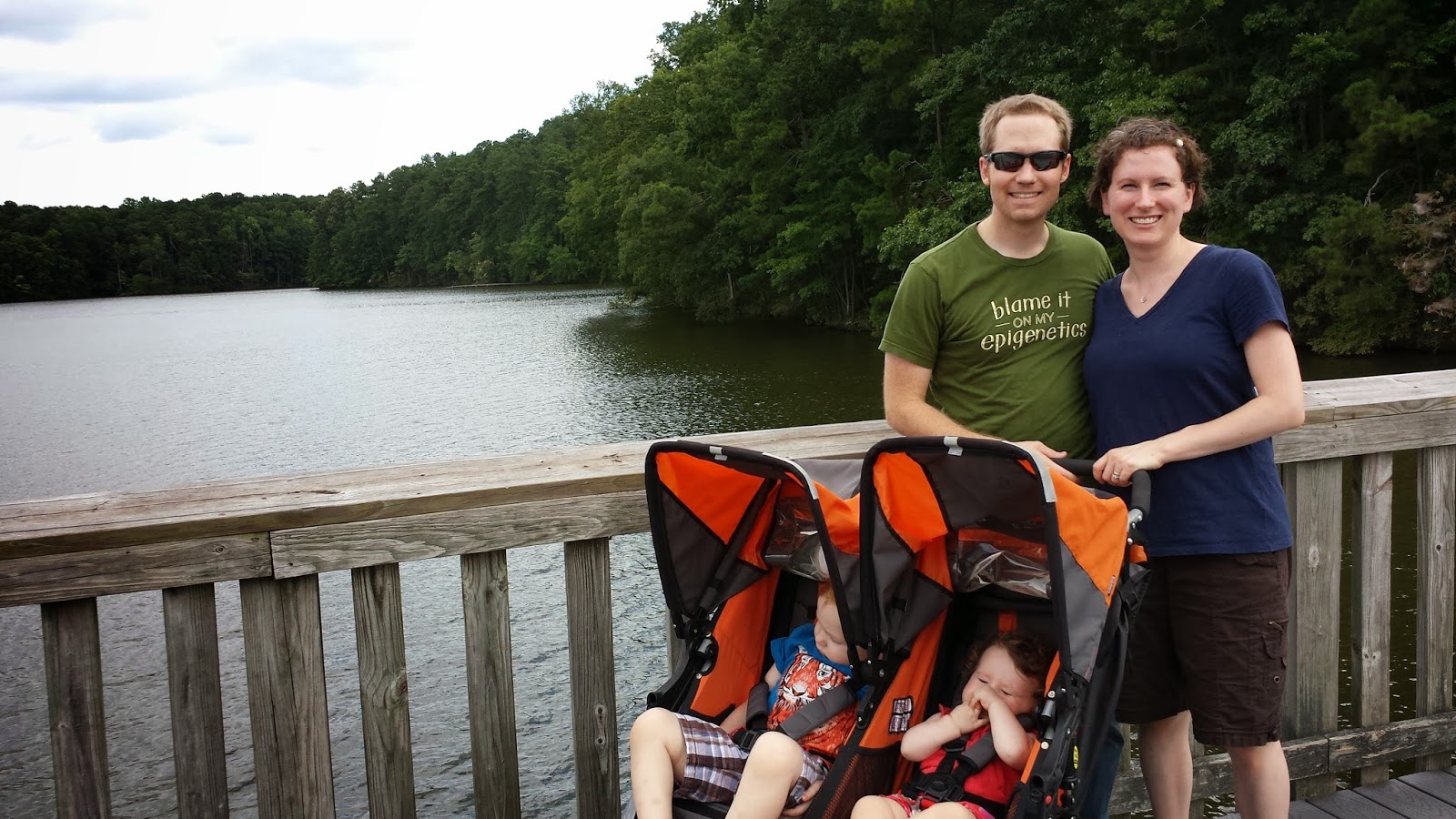 "Our" Lake Johnson is another one. Oh how I miss that place! I took walks there almost everyday. It was my sanity keeper especially while I couldn't drive. Keith and I went boating there on a couple dates. Charlie played there and that is where Keith taught him to skip rocks on the water. It is the place where I felt the most "normal" after my surgery. It was relaxing and I always felt peaceful there. My thoughts were clearer, I felt more confidence in facing the day and my body felt stronger after walking/running there. But most of all I miss walking with my friends there. I miss the conversations we had and watching our kids play together. It was terribly hard to take that last walk around it, knowing that I would never do it again and that there would be nothing even comparable to it in Fargo. 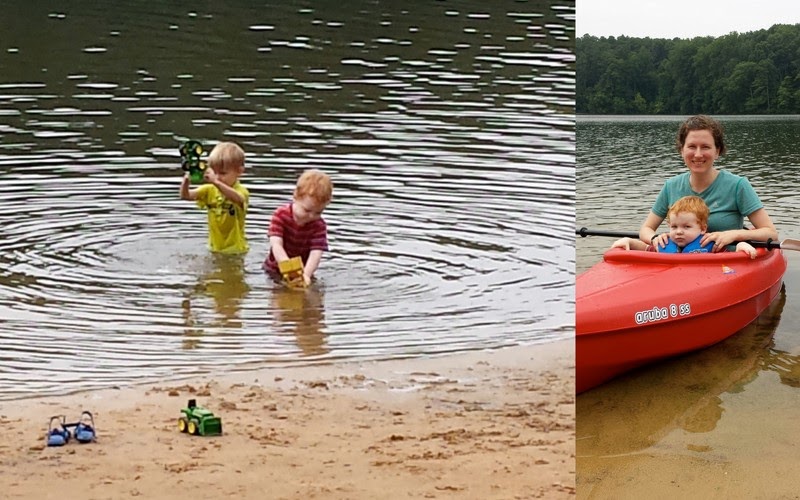 Of course the friends we made were the hardest to leave. I couldn't say enough about our dear friends so I won't try, except to say that they were the jewels of our life there, as true friends always are.

Johannah, for instance, gave me the privilege of watching her son Jack who is the same age as Charlie. They quickly become great friends and it was truly a delight to watch them play together. I don't think Charlie understood what was happening when we said good-bye to them for the last time, but I did and it broke my heart to know that Charlie would never see his dear friend again.

Shortly before we left Johannah took me kayaking out on Lake Johnson. It was the freest I had ever felt since the seizures started. Seriously. I don't think she knows that gave me so much more than a ride in her kayak. It was the first time that I felt like my old self again; the self that at times I thought would never come back to me. After my ride I came back and picked up Charlie. He doesn't look like it in the picture, but he loved it. He peppered me with questions about the big pipe under the bridge and how the house on the pier stayed on the water. 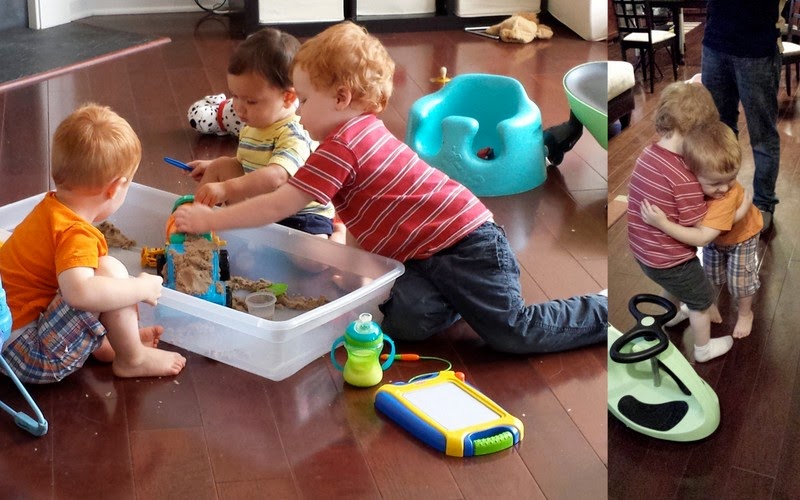 The Fergusons and Flores' are also friends that we still miss very much. They had been my walking companions and as a result we became good friends. I know that Emily was the answer to the many prayers that I offered while in St. Louis and was scared of moving to yet another place where I knew no one. We met the first week we were there and quickly became very good friends. Our boys all became friends too as they played together on play dates and when we did babysitting swaps. While I took the picture on the right, Charlie said "I will miss you Thomas." Oh how it broke my heart! I don't know which was the more difficult: saying good-bye to our dear friends or knowing that we were taking Charlie away from his friends and he couldn't understand why or what was even happening.

These are just a few of the people we miss and were dear friends that we still think about and miss. Looking back I realize that the list goes on and on. One of the blessings of the seizures that I see in hindsight, is that it brought me in contact with many more people than I would have reached out to without being in that situation. 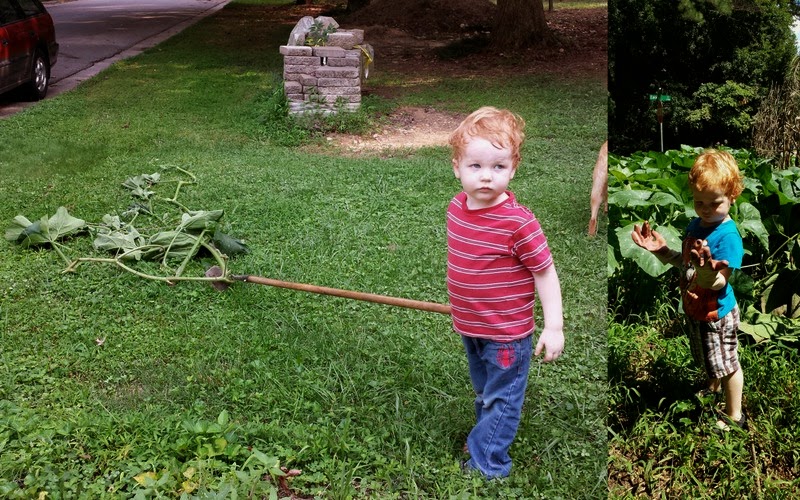 During this time, and before we left North Carolina for good we "house sat" for Keith's adviser and her family as they spent a month in Morocco where her husband is from. They have an extensive garden and Charlie was my big helper (and at times my not so big helper) in taking care of it. 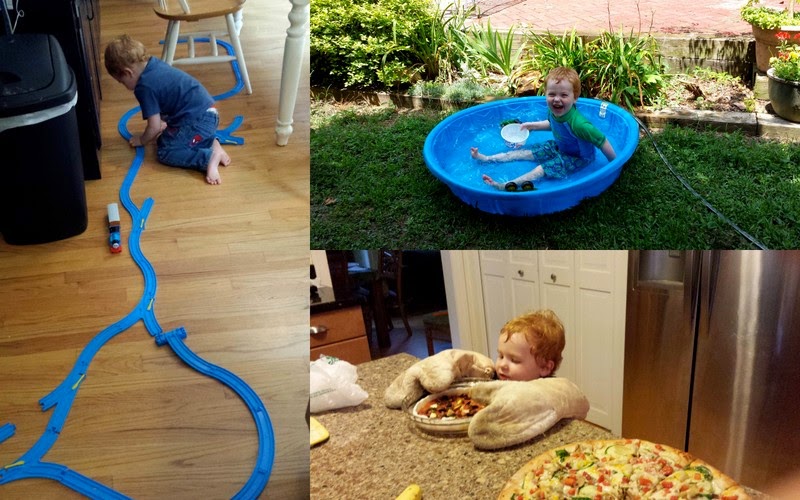 When we weren't working Charlie would cool off in the wading pool or go inside to build long train tracks that wound their way under chairs and around table legs. That third picture I just had to throw in somewhere because I love how intently lobster Charlie is examining his pizza.


And then whoosh! We packed up and were headed off on to the next chapter in our lives and new adventures!
Posted by Katie at 11:00 PM

Katie I loved this post with it's ups and downs and the walk down memory lane it took of your time there. I felt your love for things and the lose of things as you had to say goodbye. We know this feeling all to well. And it is hard to watch friends go but it is hard to leave a place that has so many memories, and the life and stability you had. My heart aked wtih yours as you had to say goodbye and look to the next chapter in your life. The Lord will bless you on your next chapter or journey where ever that takes you the next few years.I know I will feel the same way as we look at our time in Germany and it coming to a close soon as well. We love you guys may you find new places that will bring good memories and freinds that will feel your life there as you have had before. As in one conference talk where it says there are no edings only temporary pauses in time..... thanks for sharing with us all

You beautiful girl! I love reading your writing. Your littlest brother wrote once..."It's good when you don't want to leave a place, it means you love it! It means you have worked for it and you care for it."

“Let the kaleidoscope of life’s circumstances be shaken, again and again, and the “true believer of Christ” will still see “with the eye of faith” divine design and purpose in his life.” – Neal A. Maxwell

God bless those wonderful people in NC who were so good to you all.

You have given us the opportunity to love NC also as we visited you Katie, and I will always be grateful. "Goodbye Raleigh, you've been good to us." Remember Charlie got into it and said goodbye to everything for the last time. Makes me smile :) Lots of good people and memories there!!

Katie, Gosh I love you guys! Fargo is lucky to have you there. I have a feeling that Jack and Charlie's paths will cross again in the future:) you are awesome and we miss you!