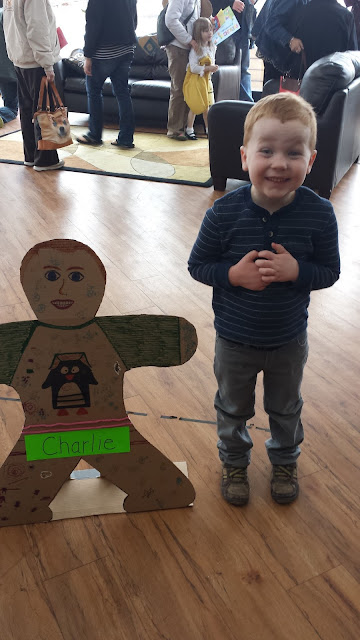 This awesome guy sadly has his last day of preschool today. He is super bummed. The one consolation was that he had a class picnic today to celebrate the year.

A few weeks ago his class put on a musical program for the parents and families of the students. It was extra special to have Granny B there! It was a happy mommy moment to hear my little man enthusiastically belting out the lyrics to each song. I always knew when they had learned a new song at school that day because he would come home and sing it for me. They are super cute songs.


They did a rendition of "I see the Moon" with flash lights. Whenever they sang the line "the ones I love" Charlie would find us in the audience and shine his light right on us. I have never before been so happy to have a flashlight shown right in my face.

Near the end the kids got to sit with their family in the audience. They then showed a little slideshow of the kids dressed up in the garb of those in whatever the kids said they wanted to be when they grew up. Charlie was dressed up as a fireman and was holding the fire hose during the trip to the fire station they had taken earlier in the year. Shortly after that he decided that he wanted to be a paleontologist. That stuck for a long time until he told Keith, while riding in the truck one day, that he didn't want to be a fireman or a paleontologist; he just wanted to be a "regular human," like Daddy. 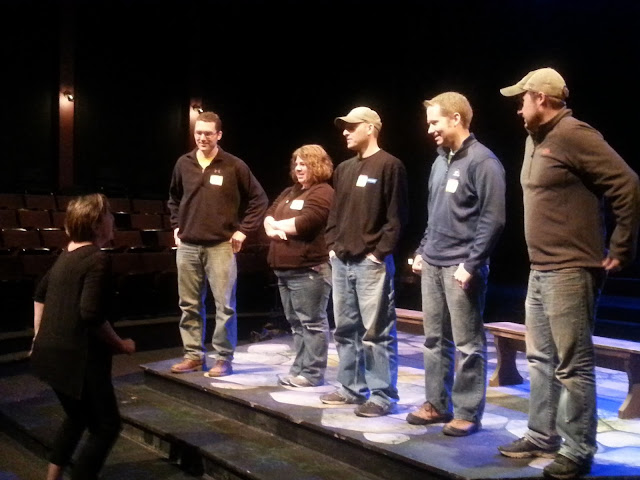 Near the end of the program they randomly picked 5 kids to pick one of their guests to go to the front. Charlie's name was drawn and so Keith went up. The chosen adults then had to do the comical movements to "Tony Chestnut." 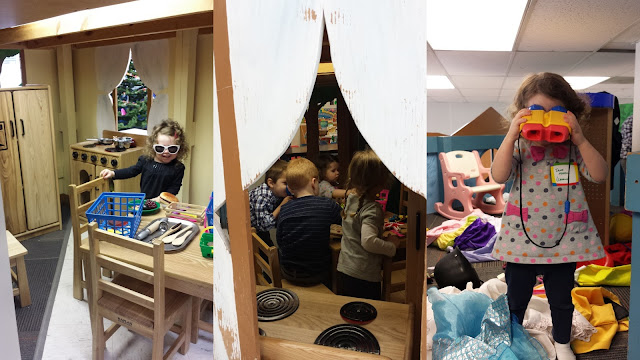 After the program we all went back over to his school for an ice cream social and for the kids to show their guests around. My favorite part is the two story play house. It is really cool. The picture on the left isn't from the program (it was from a Christmas activity) but I had to put it in because Jane is showing so much spunk. She rocks the sunglasses. 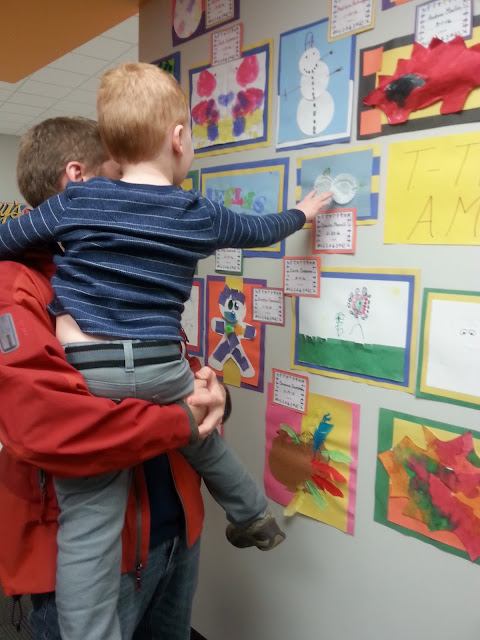 Charlie showing Keith is "goldfish" art. He is very proud of it. 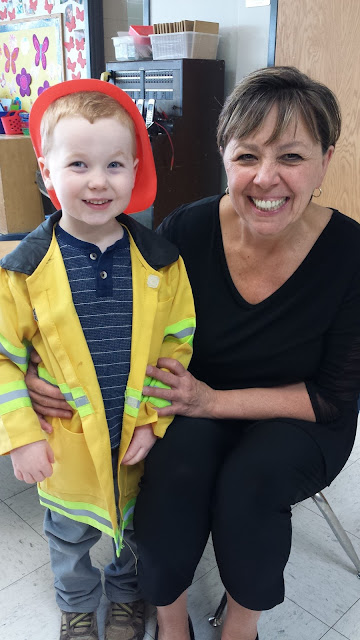 With his angel teacher, Mrs. Franchuk. This woman has made his first introduction to formal school a joy. She has been great to work with regarding PKU foods as well which has made the thought of sending my little boy off to school a bit less scary.

Preschool is now out and Charlie keeps asking when he can go to kindergarten. I am glad I have a few months to prepare myself.
Posted by Katie at 2:42 PM

What terrific pictures of your terrific family! :)