Some random pics from the last couple of months... 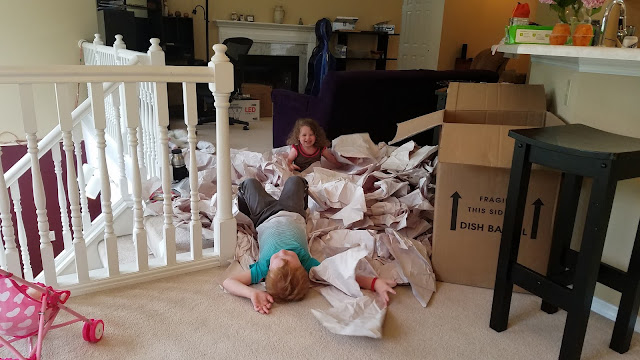 One of the best part of moving, at least for the kids, is jumping in and crawling through the loads of packing paper the movers use. 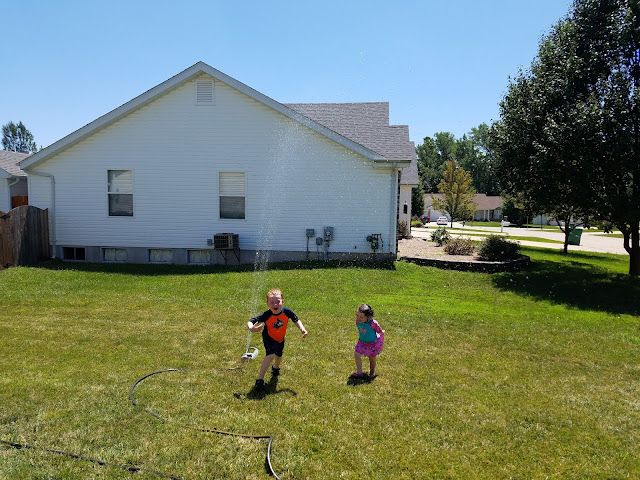 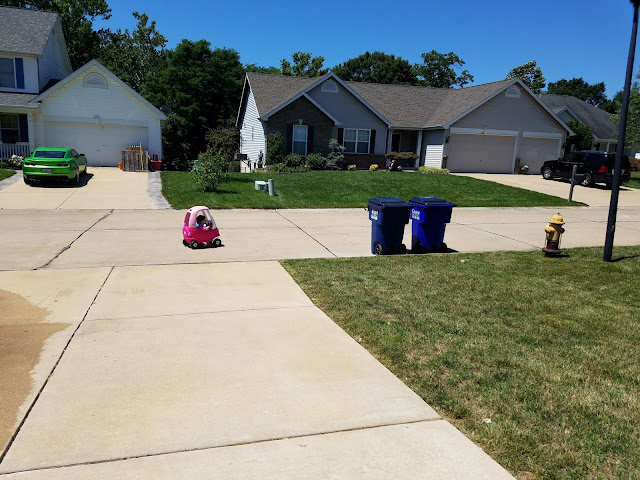 When Charlie and Jane pretend to be going some place it is almost always to one of the grandparent's houses or... Costco, which is where Jane was headed in her little pink car. 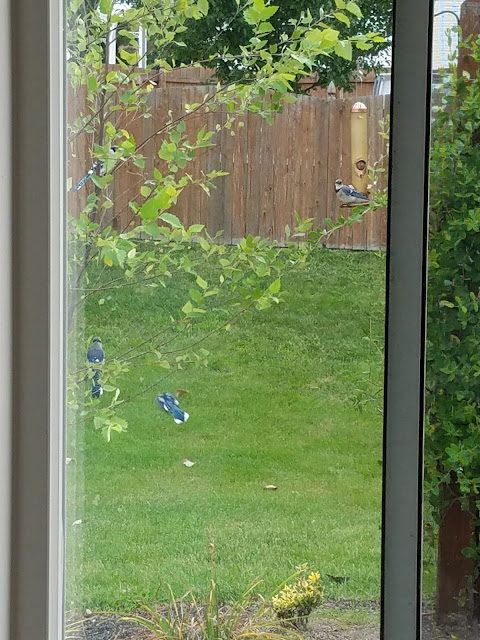 Three mountain jays hogging the feeder. The majority of the birds show up to eat right around the time my family wants to eat as well. This has resulted in more than a few late dinners because I have a rather difficult time focusing on getting our food ready when there is so much avian action right outside the window. 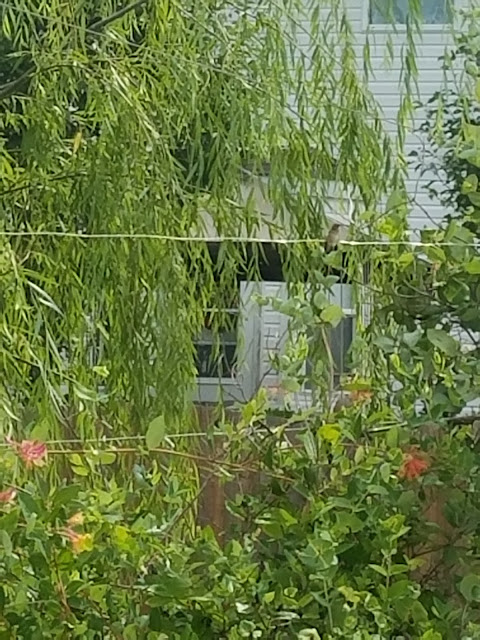 One of the Ruby-throated Hummingbirds guarding the feeder. Do you see her perched on the wire? 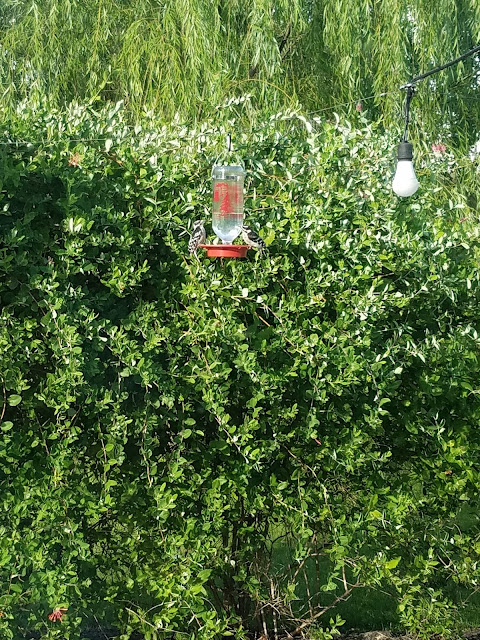 Hummingbird feeder aren't just for the hummers. Downy Woodpeckers apparently are fans too! These two are frequent visitors to our yard. 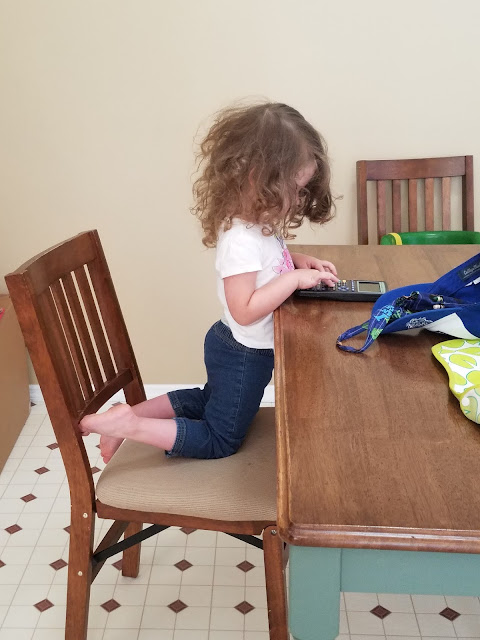 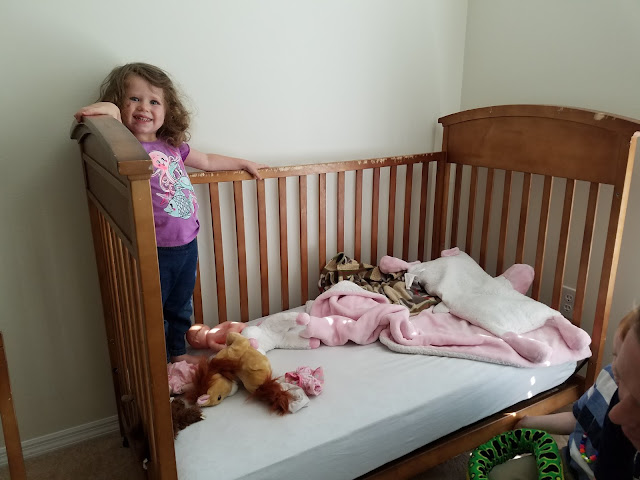 Jane got the side taken off her crib! About a week after she got it taken off she started getting out of bed a lot so Keith put it back on. The entire time he was putting it on both kids cried and pleaded with him to leave it off. We apparently are the meanest parents ever. Ever since it came back off a few days later, though, she has been pretty good at staying in. Oh, and she pretty much potty trained herself. Keith and I are still in shock at the stark difference between our drawn-out disaster experience of potty training Charlie and her. I would have kept her in diapers until she was in kindergarten if it meant not going through a Charlie experience again. Maybe she picked up on that... 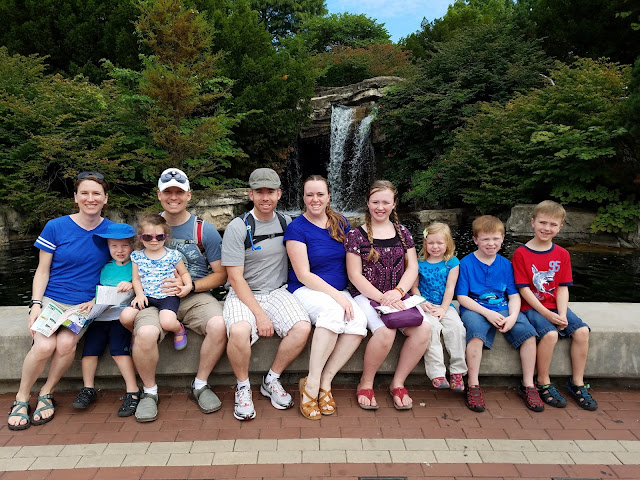 The week before school started the nearest cousins drove down for a visit! It included a trip to the huge and free zoo here. That is right, it is free. Just another reason people should come visit us. ;) 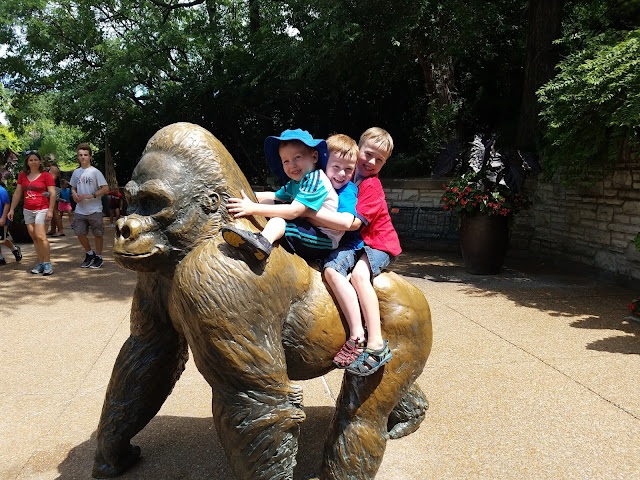 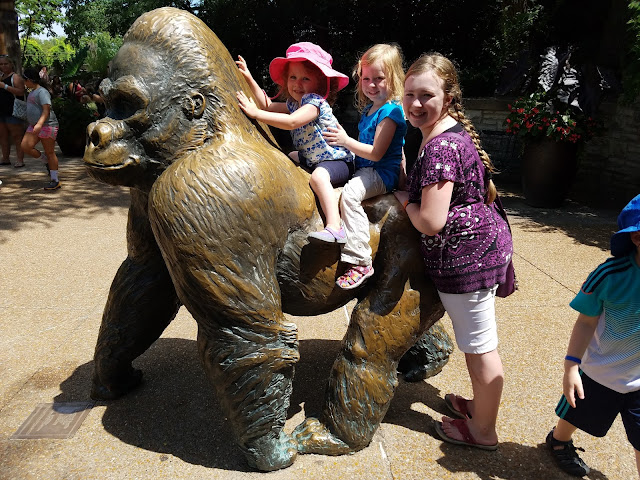 There was this gorilla statue that every kid wanted to get onto. It couldn't fit all without a major disaster so we compromised with doing boy/girl pics. 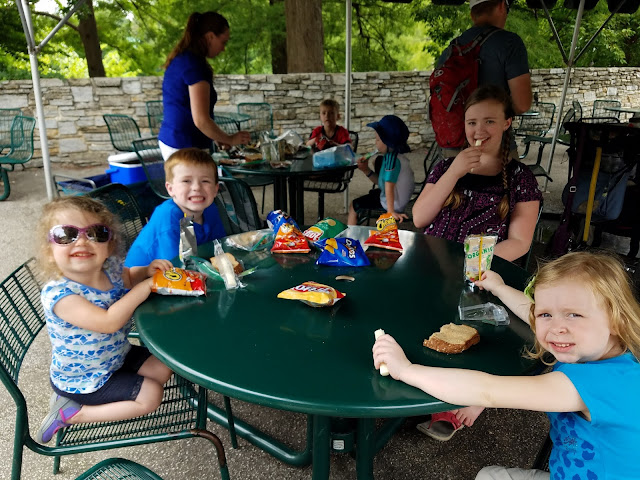 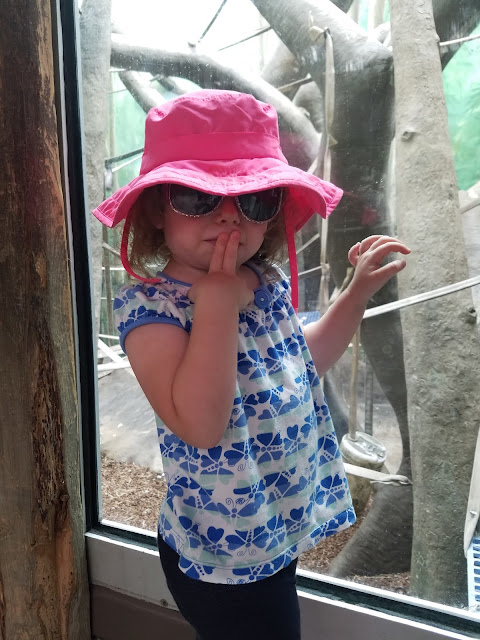 Jane was super cool and cute with her pink hat, purple sunglasses and little attitude that I had to get a picture. She didn't want anything to do with it but I got this one and I think it represents it well. 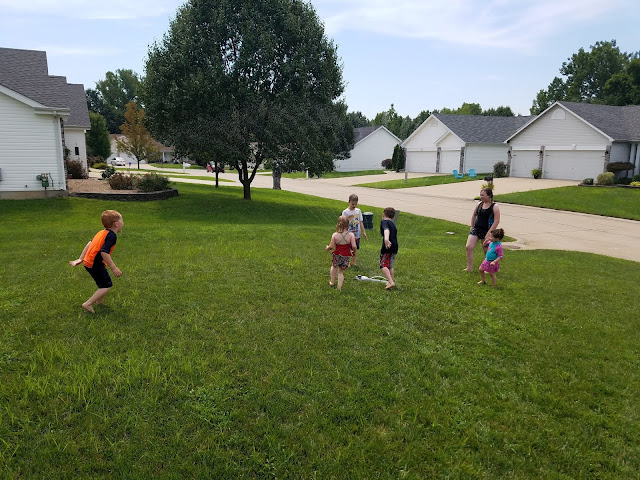 Merrill Water Park! It was all fun and games until they broke the sprinkler. The good news is that we haven't had to water the lawn since. 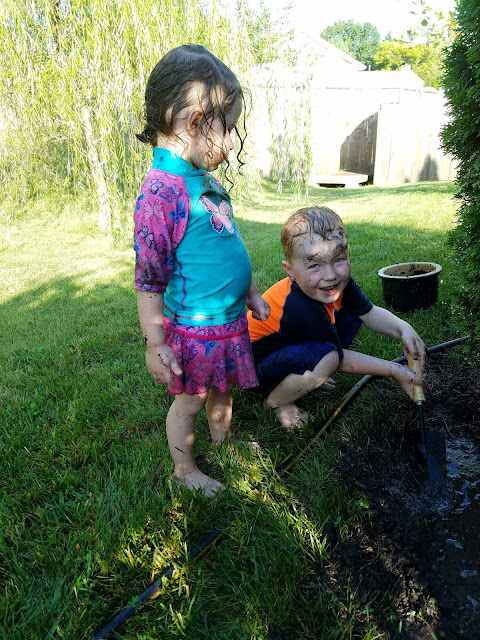 They were making mud pies but it looked like more of a mud puddle. 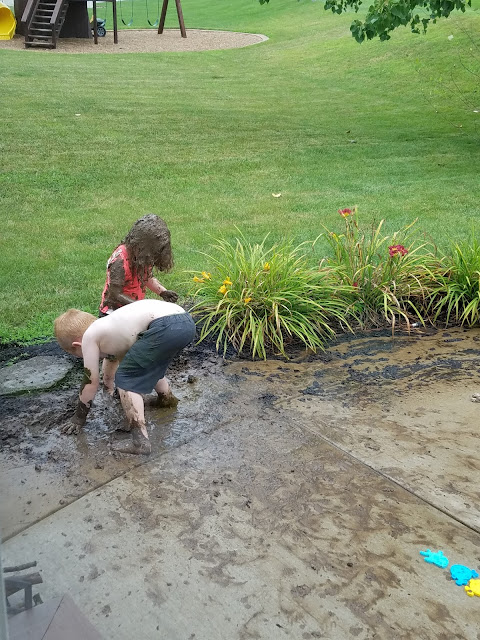 I like to think that I handle kids playing in mud fairly well. I think it is healthy for kids to be free to get their hands in the dirt. Mud worked deep into hair however, is a different story. It took loads of shampoo and a rather unpleasant wrestling match in the tub to get it out. 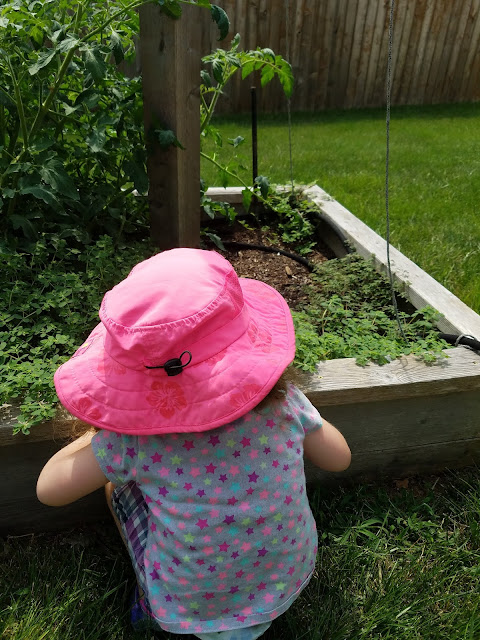 You can't see them in the picture, but Jane is staring intently at a little group of baby bunnies hiding in our tiny garden box. Bunnies seem to like us this summer. 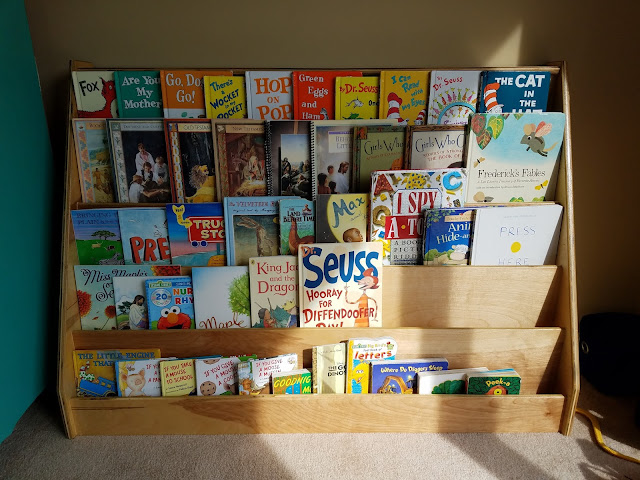 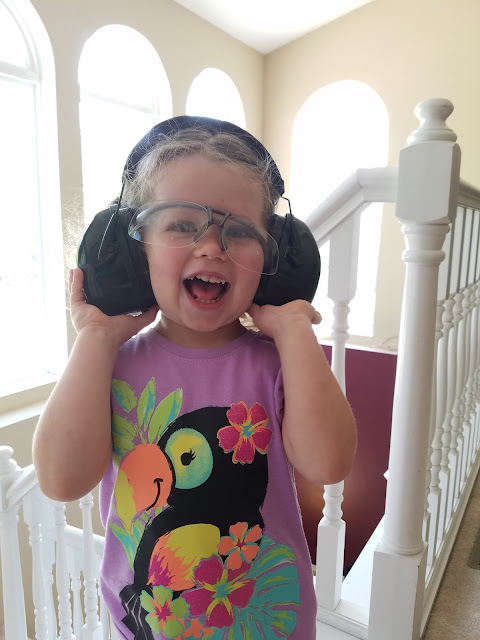 ...with a little help from our super awesome kids. 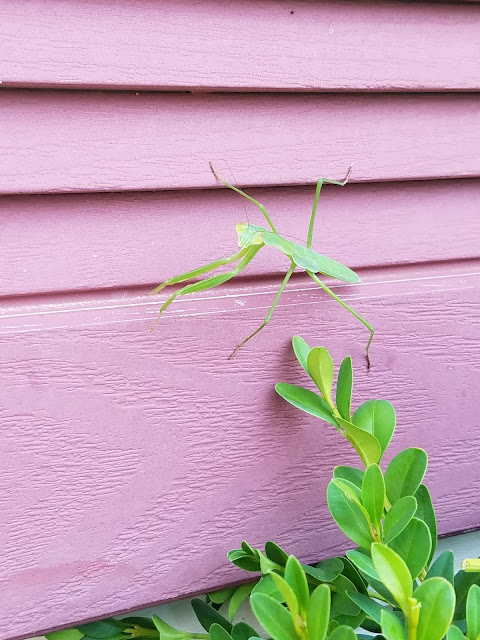 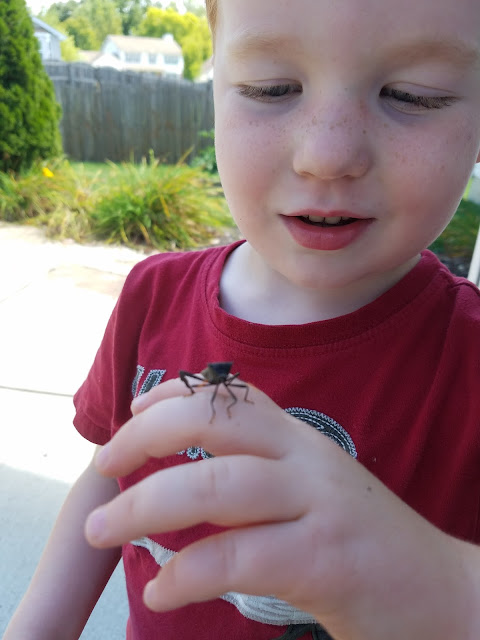 ...more bugs! Jane is actually becoming more drawn to them and cautiously wants to hold them now. Well, most of them. 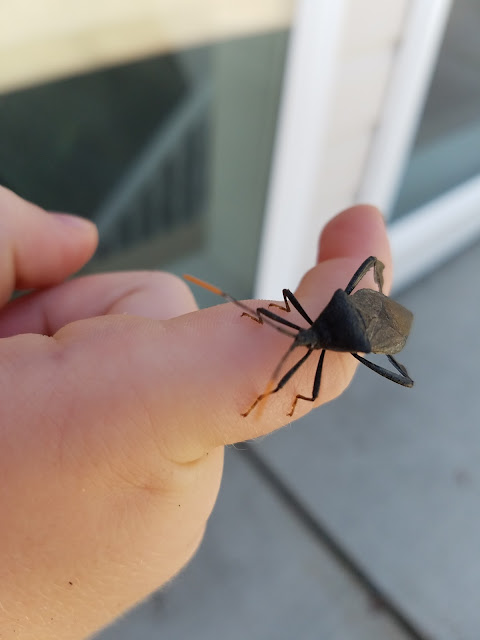 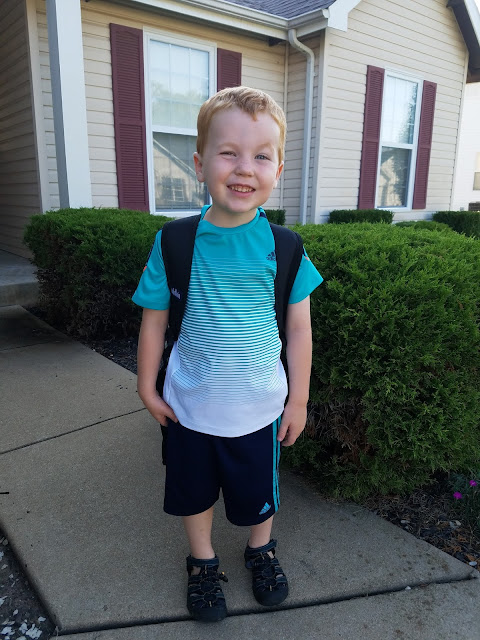 And THIS big guy started kindergarten! 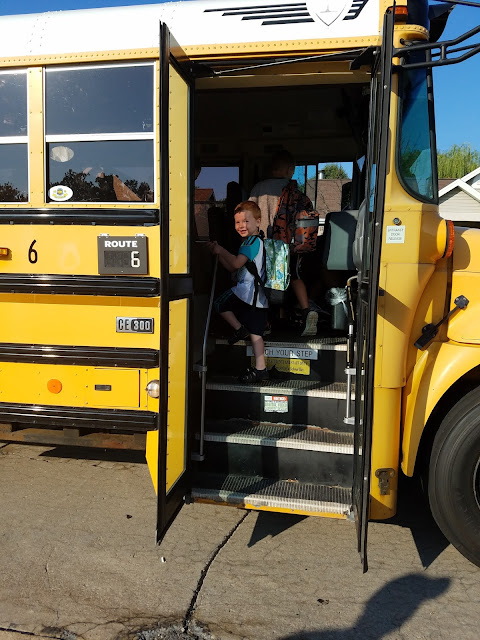 He likes it a lot although it has been quite the adjustment for both of us. I am getting used to a less flexible routine and so is he. There were about three weeks there when almost everyday he would come home and I would wonder what happened to my Charlie. He was mister grouchy pants! I was describing what he was like to a friend and she pretty accurately said that it is like he used up all his energy to sit still and behave well at school that when he got home he just couldn't keep his crazy emotions in check any more. Gratefully we are learning together how to make the transition from school to home better and things are improving. At least the adjustment didn't seem to dampen his excitement for school! 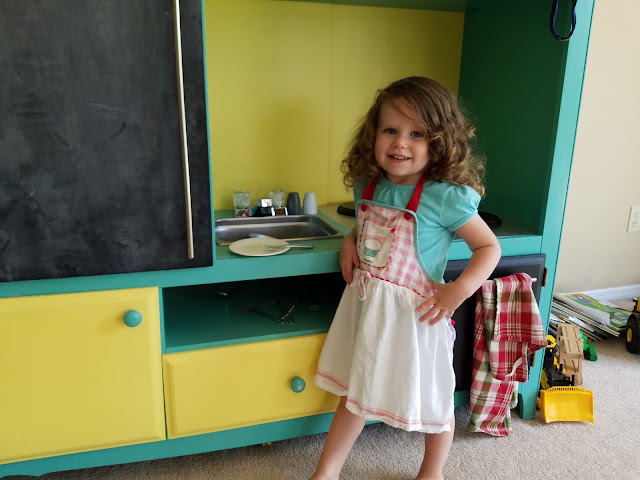 With Charlie in school I have had more time to spend just with Jane. At first she was grouchy because she missed her older brother, but now she seems to be happy to spend time with me. It also helped when she realized that when Charlie is away she can play with whatever she wants, how ever she wants without Charlie there to boss her around. In the above picture she is showing off the bagel with cream cheese that she made for me. :) 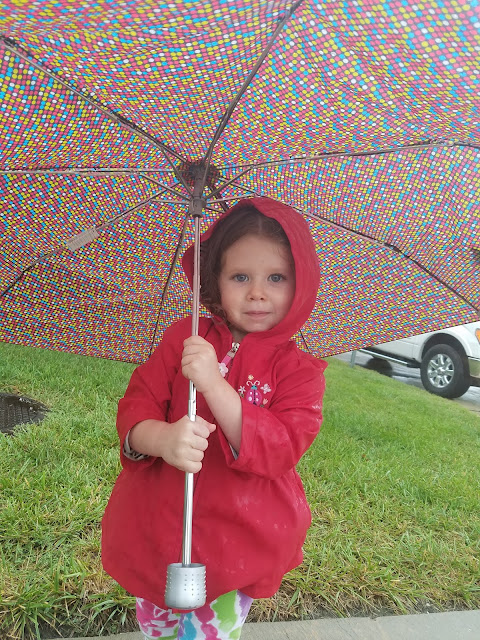 Still she loves going to get Charlie from the bus; rain or shine. 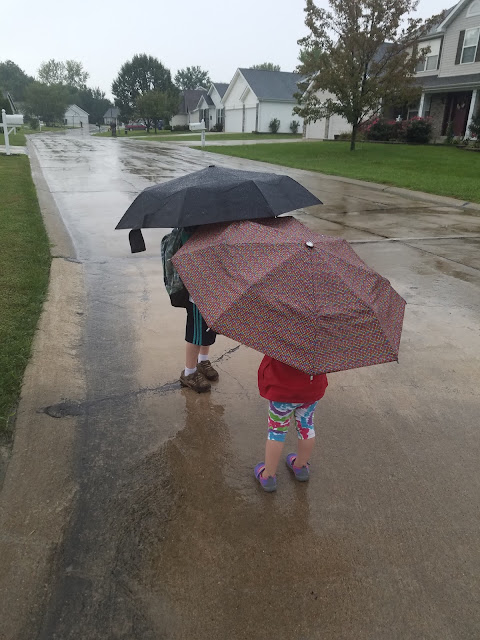 Thank you so much, sweet girl for doing this blog. I don't know if we'll ever make it there to see you and your free zoo but your blog makes it feel like I got to visit you for a little while. The kids are adorable, your new home is beautiful, the birds are totally cool, and you and Keith are the bomb as parents. <3 <3 <3

Love it! Love all of you! Tks for sharing treasured memories!