Total Eclipse of the Sun

This past summer we realized a BIG bonus that came with living where we do. On August 21st we were in the path of totality for the solar eclipse. For almost a minute and a half we would experience totality just by stepping outside.

So I told Deb that she should come join us for the weekend. 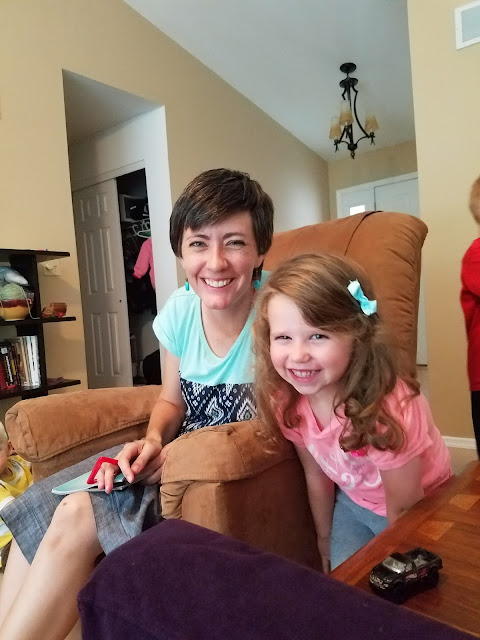 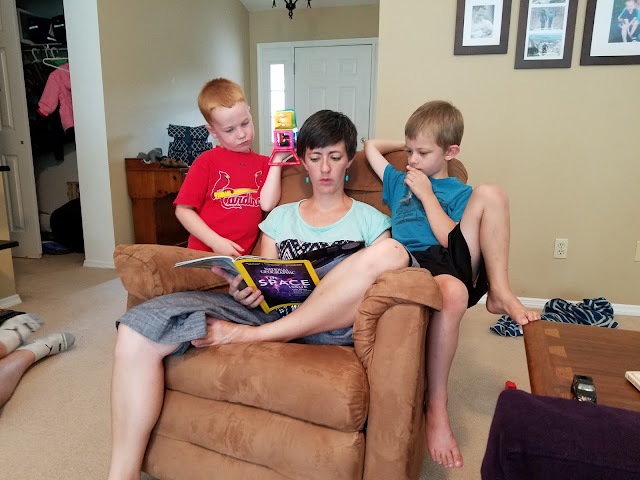 And she brought her family too. ;) 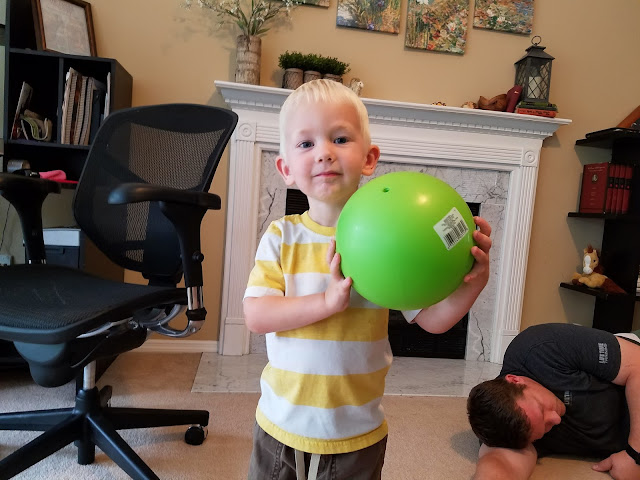 I love this guy. 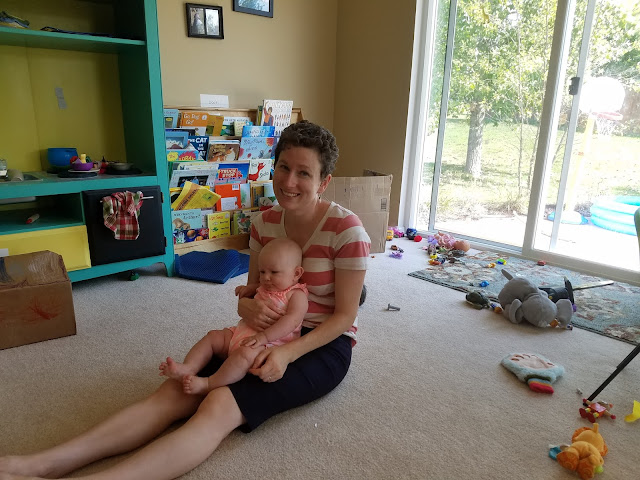 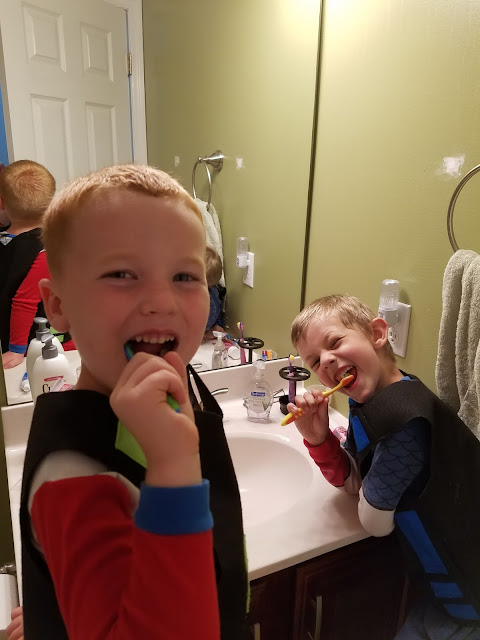 Deb had made "Wild Kratts" power vests that they brought with them. The older boys had endless fun with them and pretending that the little playground was the "Tortuga" (the home base of the Kratt brothers). 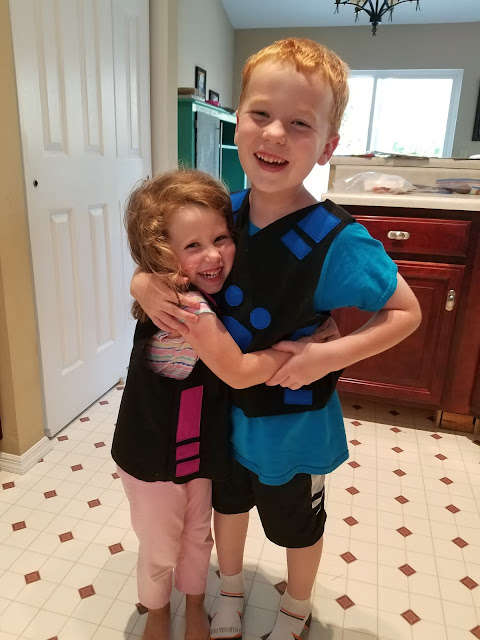 They enjoyed them so much that when they returned home Deb made two more and mailed them to Charlie and Jane! A blue vest for Martin and a purple one for Aviva. 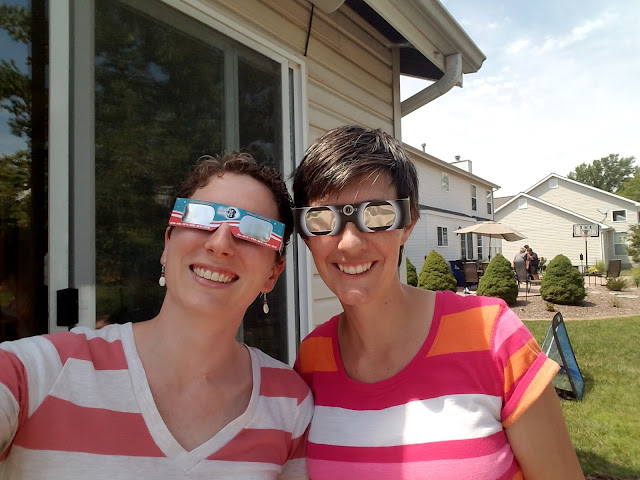 Monday was the day we had been waiting for. Eclipse time. 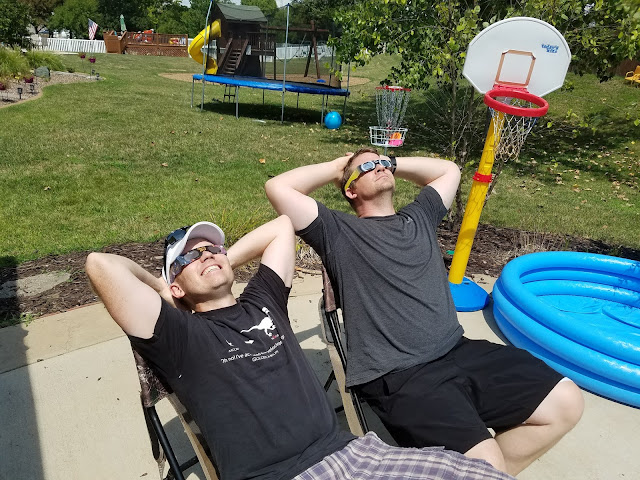 Eclipse glasses are made to be used looking directly at the sun. So the sun is the only thing you can see when you have them on. Just a deep yellow orb surrounded by black.

I had also ordered special filter paper to wrap around cameras or binoculars. Checking on the eclipse progress with the binoculars was pretty fun. The tricky part is finding the sun! Think of trying to find an object through binoculars without reference points. Just like the eclipse glasses it is all black. You don't see anything until bam! there is the sun. 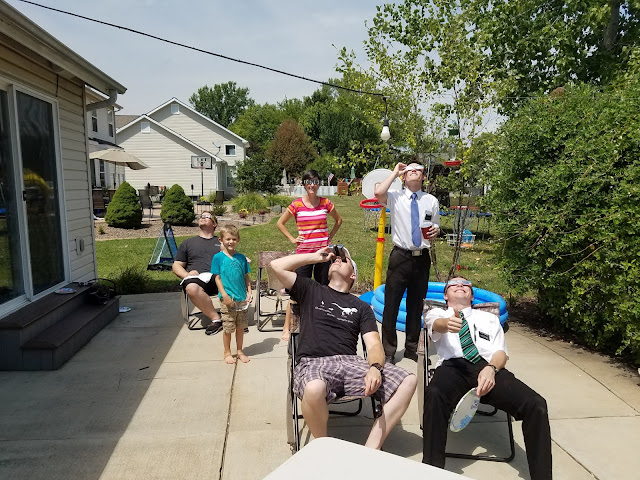 Over the course of about an hour we would check on the progress. Little by little the eclipse was getting further and further along. As it got close, the air felt cooler and the sky was less bright. The moon was covering more and more of the sun until it suddenly disappeared. We could no longer see the sun with our glasses. They had gone dark.

I pulled mine off and looked up at, what appeared to be, an alien sky. It looked as if some thing had taken a hole punch to the sun leaving a small portal looking out into the blackness of space. I saw Mercury. There was a sunset all around the horizon. I was in complete awe and yet, at the same time I felt a primal fear forming somewhere inside. Excitement, fear, wonder, jubilation all could be used to describe how I felt. Charlie was freaking out, Keith was laughing, and Jane was scared. Then as quick as it had left, the light came back. Glasses went back on and it was over.

A little while after that I watched a TED Talk about total eclipses. The message that the presenter gave was simple: no one can adequately describe it, no picture can adequately capture the experience and a partial eclipse doesn't even compare. You simply owe it to yourself to see a total eclipse in your lifetime.

The next one in the USA will be in 2024. I might have to see another, even if I will have to leave my backyard next time.