This past weekend, in celebration of the birth of our nation, we visited one of the many things I love about this country: its National Parks. Specifically Theodore Roosevelt National Park in western North Dakota. In a nutshell, it was great fun.

We are still forgetting that things have changed fairly drastically regarding camping since our newly wed days. Back then we could decide we wanted to go hiking as we got off work Friday afternoon and be packed and headed for the trail head less than an hour later. It has gone from that to getting out the door three hours later than planned. That means that after the 5 hour drive we would be getting to camp, picking out a site, setting up camp, and getting the kids ready for and in bed all by headlamp.

We debated in our minds for a bit, then wimped out and made reservations for a hotel in Bismarck (just over half-way). On our way we came up with ideas for making our next camping trip departure time closer to when planned. Hopefully they work. We got to camp the next morning and we were all much happier than we otherwise would have been.


As we got closer to the park the scenery still hadn't changed much at all. Keith remarked that he hoped we hadn't driven 5 hours just to camp somewhere flat. I was wondering the same thing. 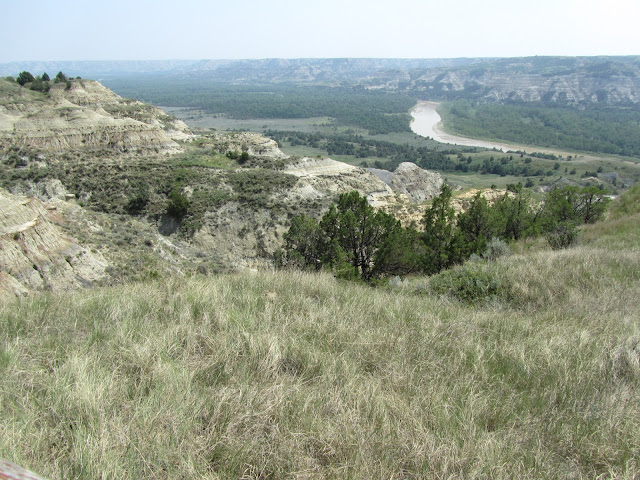 We were oh so pleasantly wrong in our worries. 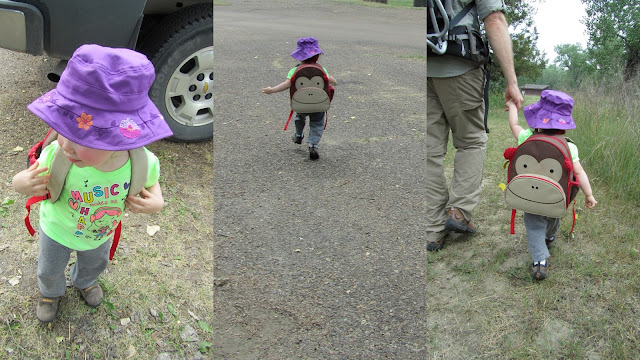 After getting camp set up and having lunch we set out on the Little Mo trail. It was so fun to watch the kiddos roam. We had brought a backpack intended for Charlie to carry a few things in but he didn't want to. We didn't push it because as we were asking him Jane was making it very clear that she wanted it. So I put it on her little back, adjusted the straps and watched her dance off in her nearly empty pack. She was tickled pink.

(This whole thing reminded me of a very similar story my parents tell about me as a small kid...) 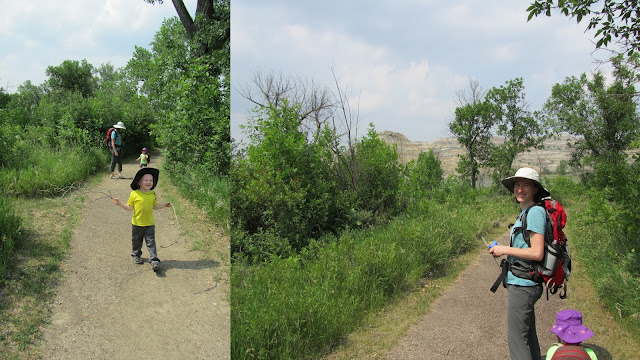 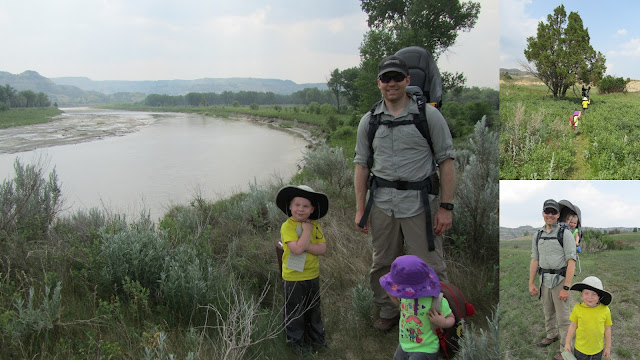 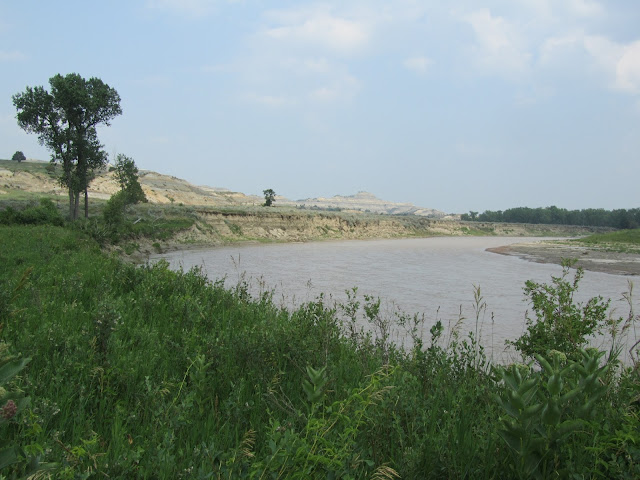 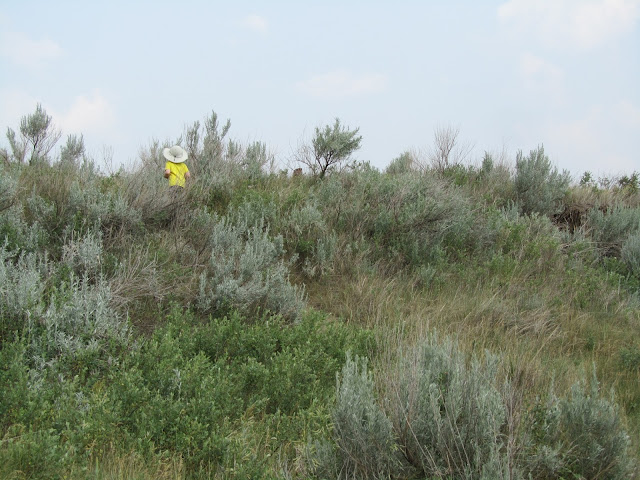 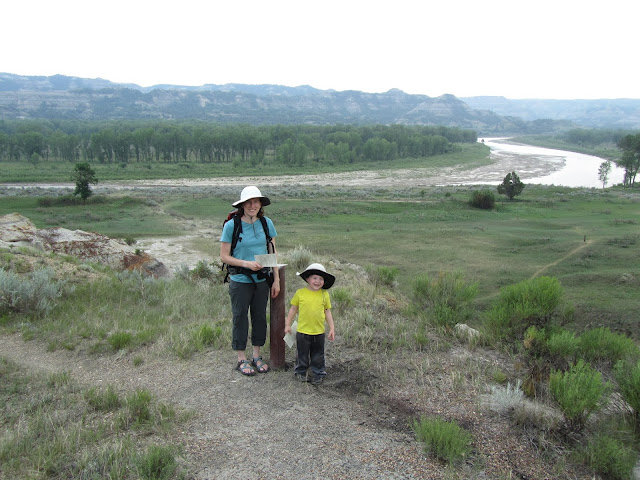 There were these little numbered posts along the way that corresponded with numbers in the map/information pamphlet. Each one had a short paragraph in the pamphlet with a bit of information about something you could see from that particular spot. I loved being able to transform the words in the pamphlet, into words that Charlie could not only understand, but got him excited about what he was seeing. It was pure joy to see Charlie's little mind make connections and to see the fun he had as he did so. My dream job has always been a part-time job where I get to teach kids about the natural world. In the mean time I get the pleasure of practicing on my kids. :)

The next day was the 4th and the only full day we had, so we made the most of it. This was the long awaited day to see a prairie dog town! It was the first time for each of us (except Keith) to see one outside of a zoo and I think that even Charlie wasn't as excited as I was. 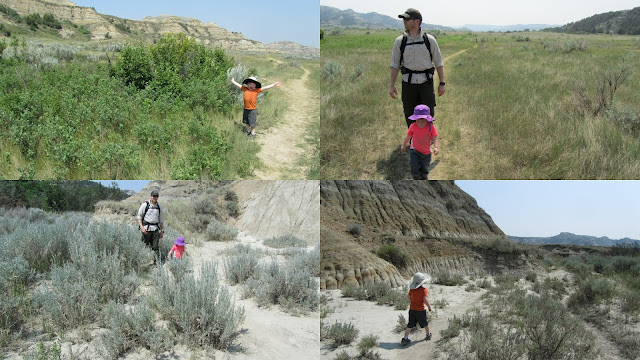 This was a bit longer (and hotter) hike than the day before, and the kids were a bit more worn out. Jane didn't walk as far (though she still insisted on it starting out) and by the end Charlie was wishing it was shorter, but they were still impressive little hikers. I would comment to Charlie every once in a while about how strong his legs were. Each time he would say "yeah!" and pick up his pace quite a bit. By the time we got back to the car he was telling us about how strong his legs were. 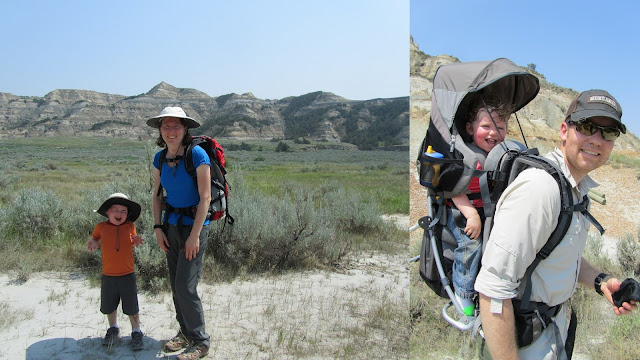 Lately Charlie has been making really funny faces whenever we ask him to "smile for the camera." I love it. 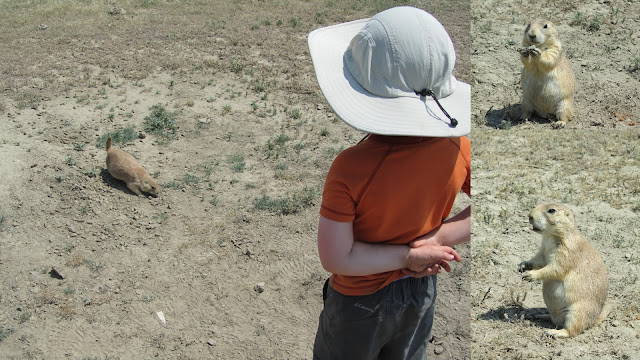 We made it to the HUGE prairie dog town (one of the several in the park) and I was giddy. I was really surprised to see how close they would slowly get to you when your back was turned. If we turned around slowly they wouldn't even run away. 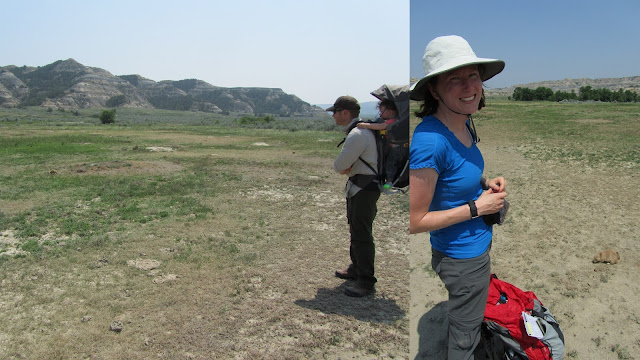 One of the most entertaining things was watching Jane point her little finger each time she saw one and squeal with excitement. Keith would tell her that no, she couldn't keep one. Charlie, in the mean time, began digging another hole for the prairie dogs to live in.

As much as I tried to prolong the inevitable, eventually we had to head back.


After the hike we drove around the park keeping our eyes open for bison. 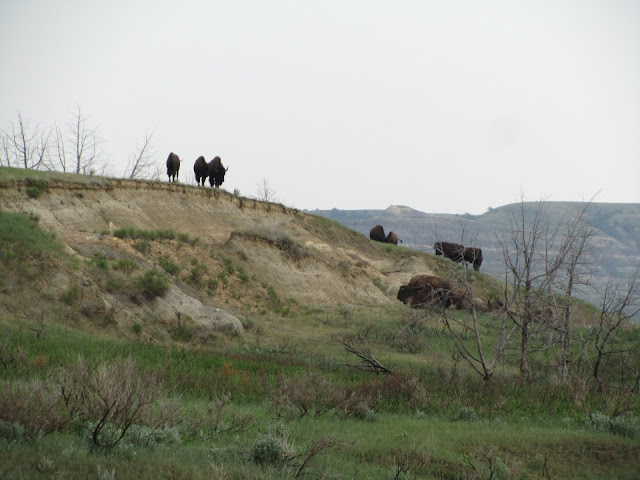 We found bison! There was also a lone male that we saw grazing way up on a cliff side. Unfortunately I couldn't get a picture but it was pretty impressive to see his size and how easily he could get his 3,000+ lbs, 8 ft frame up that cliff with such agility.

Early the next morning Keith and I were awakened to the booming of a major thunderstorm. Several times the thunder would sound like a bomb was going off and we would worry about the kids waking up. Thankfully they never did.

When we all woke up later to the sound of heavy rain pelting our tent we had a few thoughts going through our minds:
1. It is so nice to have a good tent.
2. I love the sound of rain on a tent.
3. We have two little kids and we need to make them breakfast and we didn't bring a tarp to cover the cooking area!!!
4. Mental note to get a tarp and rope to keep in the camp kitchen box.

As the onslaught of rain kept coming, we weighed our options we decided to have the kids survive on snacks until we got to a place populated enough to get something real to eat (and Charlie would keep surviving on snacks??? We had just brought stuff for low-phe applesauce pancakes for him which wasn't going to work under present conditions.)

Much to our relief, as we began executing that plan, Keith spotted a lone shelter off in the picnic area. Awesome. We loaded breakfast stuffs into the truck and drove over to cook in the roomy dry shelter. After that (it had conveniently stopped raining, tender mercy) we headed back to camp, packed up and let the kids get some wiggles out in some great big puddles. Oh they had such fun! And I enjoyed it knowing that there was an extra set of clean clothes for each to be put in before we drove home. 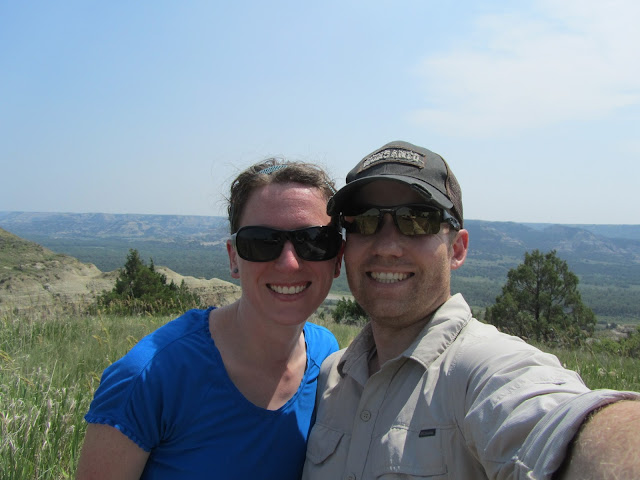 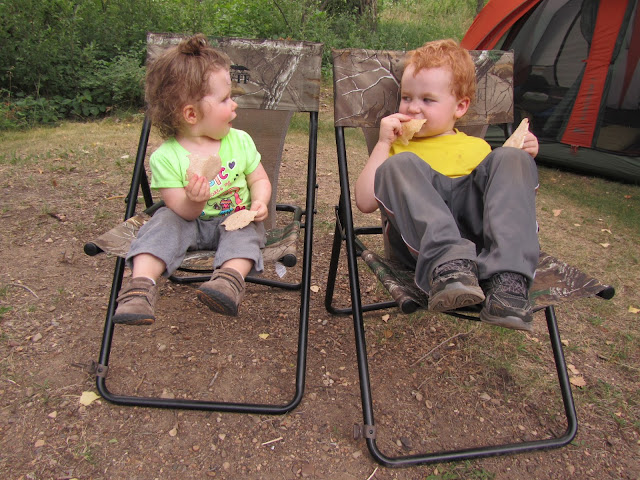 It was such a wonderful trip and I am so blessed to have experienced it all with these guys. The thought of all the great adventures we will go on together in the future thrills me. I love them so much!

Oh, and as a bonus, on the drive out there I got another bird for my bird list. My first one in North Dakota. Number 151: the Great Egret.
Posted by Katie at 11:21 PM

What wonderful photos! It looks like so much fun! My how Charlie and Jane have grown. I just want to reach into your photos, grab the kids and hug 'em and kiss 'em! Hugs and kisses to Keith and Katie too :-)