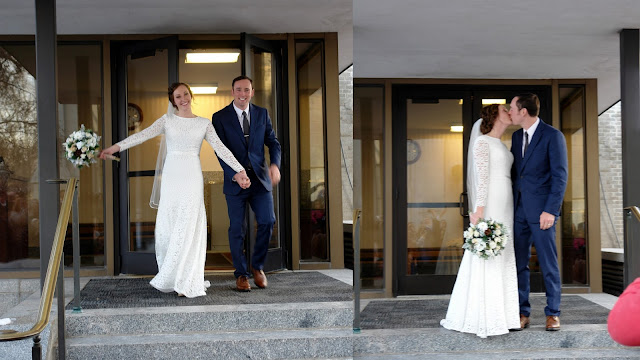 Joe and Jessica got married!!!

I know it has been over a month, but marriages are too special, too wonderful, too sacred to not be celebrated in a blog. Even more so when it is my "little" brother Joe and his love Jessica! They were married and sealed together for time and all eternity in the Salt Lake City temple (the same temple my grandparents were sealed in decades earlier) on December 18th. Being there as they held hands over the alter, and covenanted to give themselves to each other, was a tender experience. I remember having a great feeling of love for the gift of families wash over me. An united and loving family is truly a powerful force for good. It was a special treat to be there as a brand new one was created.

And I just gotta say how much I love Joe's smile in these pictures. It is his super excited, super happy smile that he has had ever since I can remember. It is the classic Joe smile. This day though, it was even bigger.

I can't go on without first thanking our long time friend Cheryl who took almost all of these pictures. It was so nice to not have to think about catching a few photos of this special day because I knew she was there doing it. As a bonus, I think this post may have more pictures that I am included in than almost any other! She also took all the pictures in this previous post and many of them in this other one. It was super sweet of her.

Also, this is one of those "awesome family memories" posts which means there are quite a few pictures. You have been warned. I find myself going back and looking at old blog posts way more often than I go look at other old pictures on my computer. That is my excuse for doing long posts full of pictures now and again. 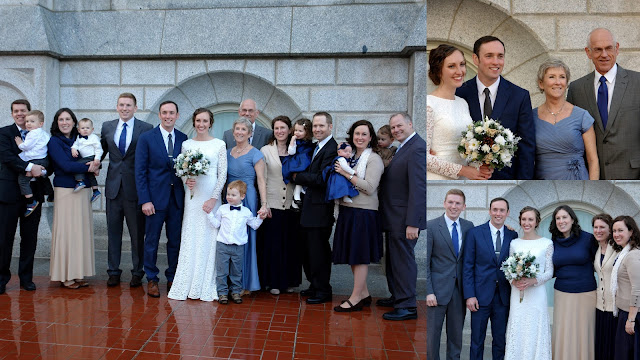 I am am so blessed to belong to this family! We have been through thick and thin together and I love them, each and every one.

These next two are funny to flip back and forth between. 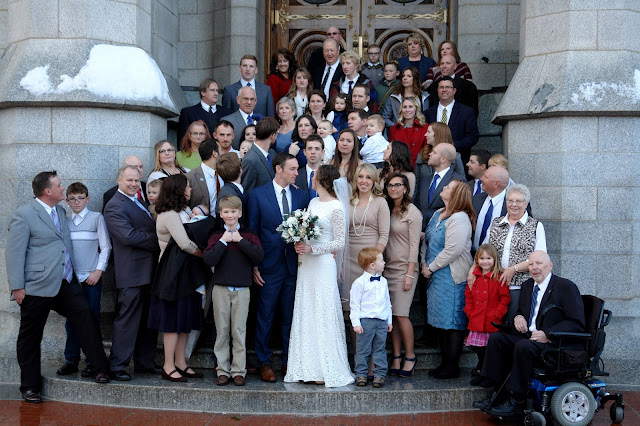 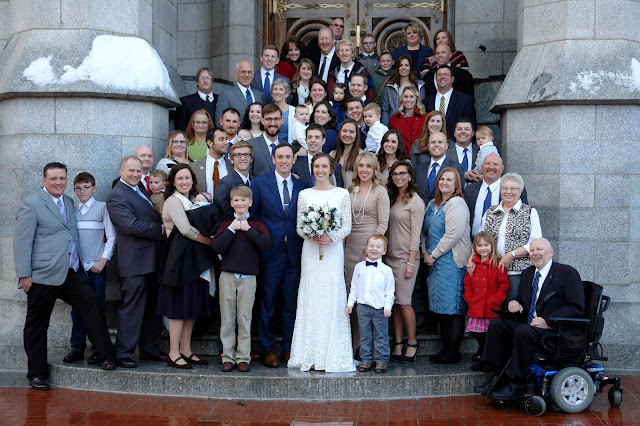 ...smile!
Darren and Grant though are constantly prepared for a photo. Can't catch them off guard! 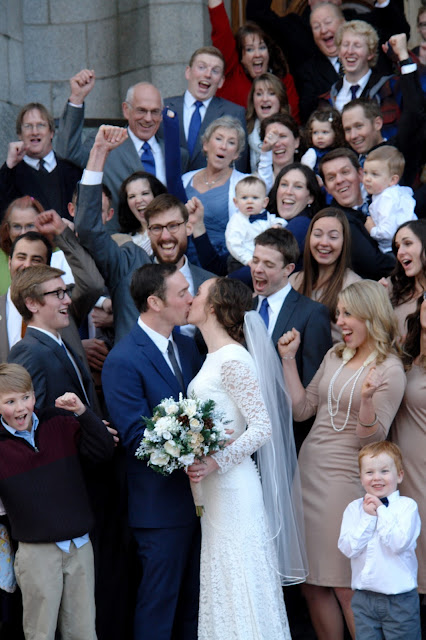 The photographer asked us to all act excited as Joe and Jessica kissed. I chuckle every single time I look at Charlie in this photo. He looks over the moon with joy that Jessica is now his aunt.

Now these next photos were fun to take. The newly weds with the nieces and nephews. Attempting to get a picture with six kids ranging from almost 5 to 2 months old was quite entertaining. 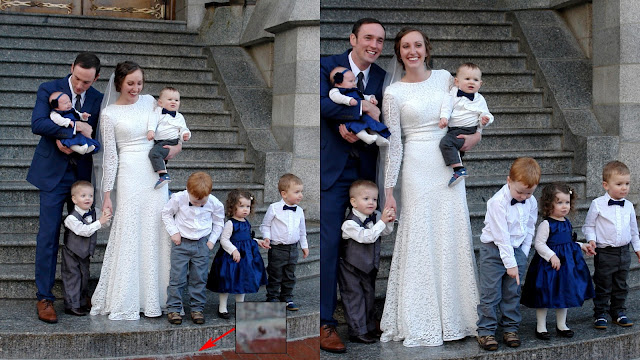 Little Hannah wasn't very happy with being passed off to Uncle Joe. We were getting Charlie to cooperate with the photo taking by bribing him with jelly beans. Apparently he had squirreled one away into his pocket for safe keeping but to his dismay, it fell to the ground. We didn't understand what he was so upset about so we kept on telling him to look at the camera. Being surprisingly obedient, considering his predicament, instead of snatching it up and popping it into his mouth, he just looked at it. When we kept on trying to get him to look up he just pointed at it. 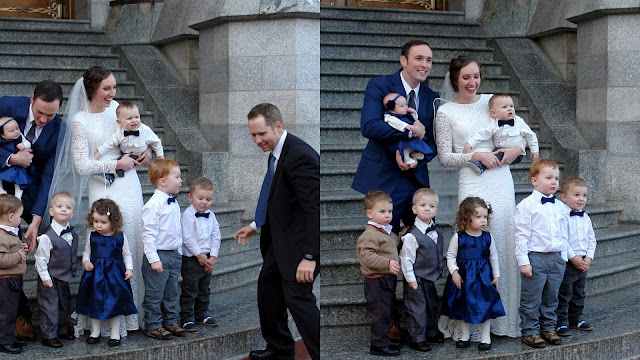 Eventually we realized what was going on and Keith went in to retrieve the jelly bean. Charlie didn't understand that Daddy would get him another. He thought Dad had just walked off and threw away the last jelly bean. The picture on the right was taken the moment before he began crying. Poor guy! 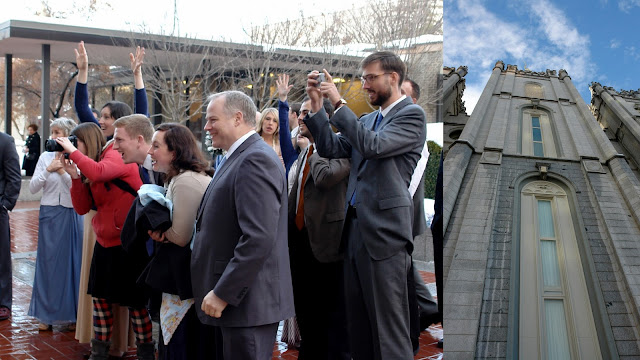 I love what goes on behind the camera to get little ones to smile.


We had been telling the kids during the "boring" picture taking time that there was going to be a party later. They just needed to hanging in there until then. Jane seemed especially happy when the pictures were done and we headed off to the "party." 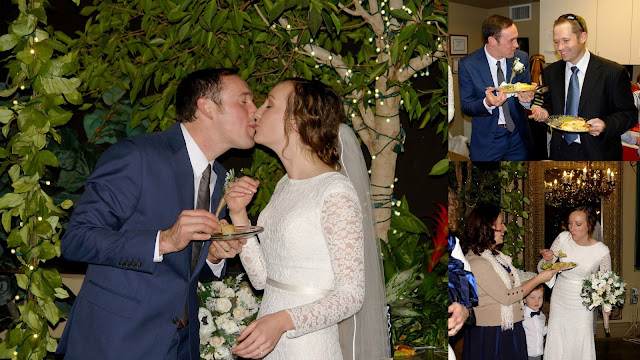 I have never heard of newly weds being able to eat more than just a few bites of their own cake. Jessica and Joe made it to the reception center (which was a beautiful fancy greenhouse) barely in time to eat some of the enchiladas before the reception started. In the picture in the upper right corner Keith is trying, unsuccessfully, to convince Joe to give him the key to his truck. Joe has been the mastermind behind too many car jobs at weddings to trust anyone with his truck keys. He knew that there were plenty of people who would want to pay him back
.
They just wanted to put an innocent disco ball in the cab...

They had to settle with putting it on the hitch. 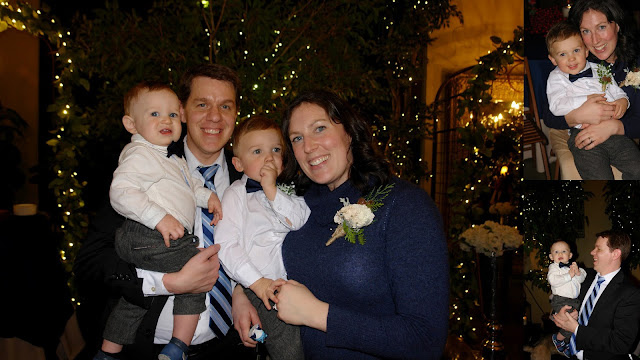 Lizzy, Cory and their sweet boys, Ben and Cooper. I love these guys. 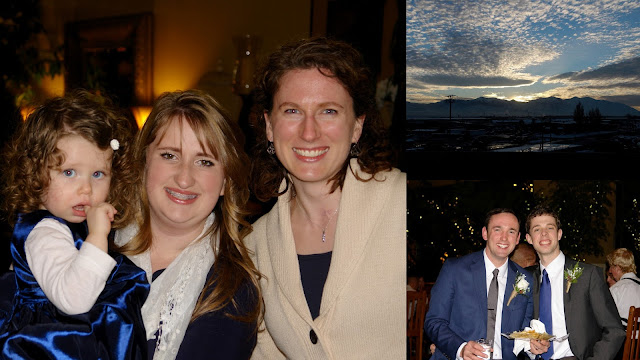 Jane loved playing with Emily, my lovely cousin, during the reception. It was so fun to hear Jane's giggles. Bottom right: Joe and Tay-tay. Tay-tay and Joe go way back and he also knew Jessica before Joe did. 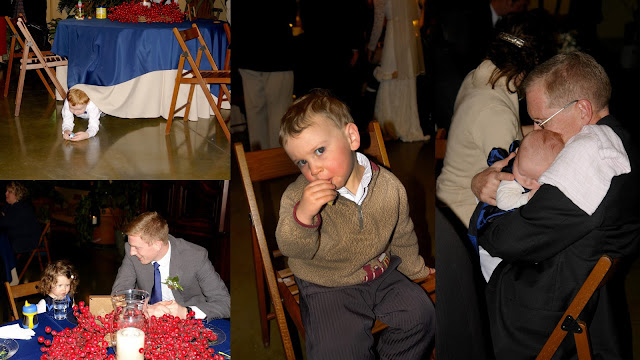 Charlie playing under the tables with Aunt Liz's animal light key chain thing. Uncle Alex chatting with Jane. Grant looking skeptical at the camera. Grandpa Joe (Keith's dad) snuggling a sleeping Hannah. He has this magical ability to make babies fall asleep in his arms. Sarah was very grateful for his skills and willingness to help during the reception. 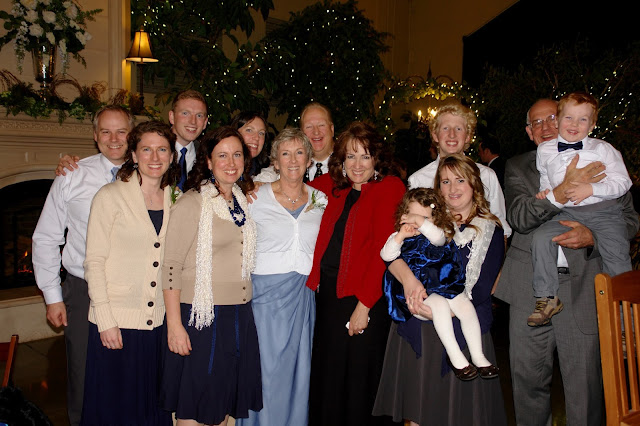 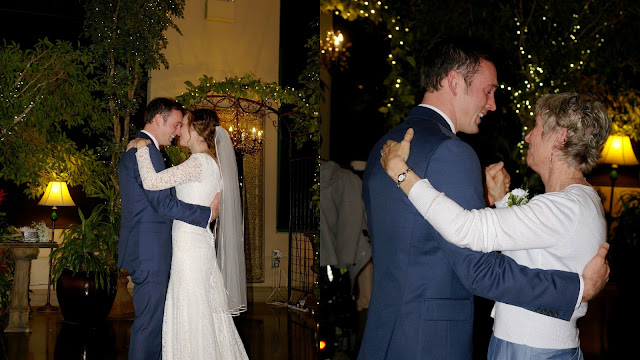 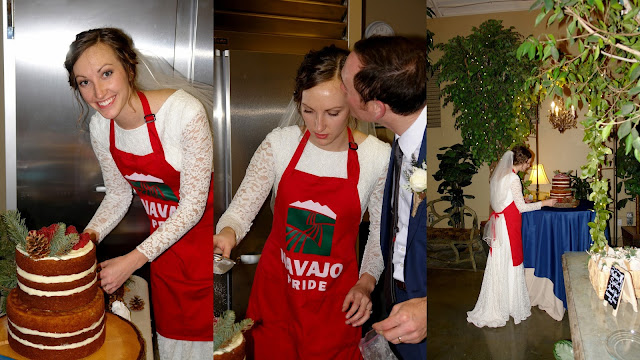 The very talented Jessica made her own wedding cake! Joe just tried to distract her during the finishing touches. 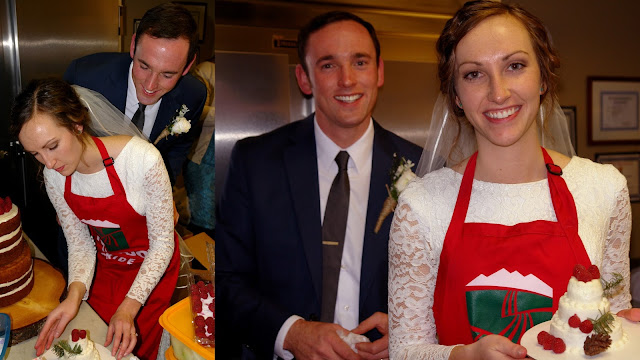 Now this is the part where I get a bit emotional.

When she was planning for her very special day, her own wedding day, Jessica thought of Charlie and made him a cake of his own. Not just any cake, a mini three-tier wedding cake.

Did you catch that? She made my son a cake of his very own. She wanted him to be included so much that she made a cake that he could eat. I don't mind bringing food to celebrations that he can have. It is just how things are and I am used to it. I don't expect others to go out of their way to accommodate his needs. But she did just that on one of the most special days of her life. 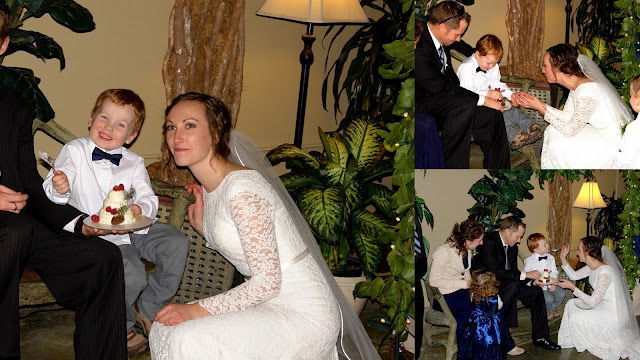 Charlie was so surprised. He had been looking at that big beautiful wedding cake and telling me how much he wished he could have some. He didn't say anything when Jessica gave it to him. Just looked smiling at her and reached around the cake to squeeze her hands. Then he gave her a big hug. 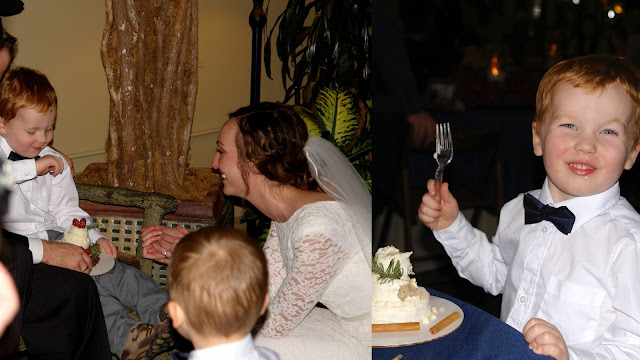 He admired it for a moment then dug right in, after biting into a cinnamon stick, that is. He offered a bite to Jessica, Keith and I. You know it is yummy when he shares. He is very generous with his food. Especially when it is something he really likes.


It made me smile to remember the happy little moments of that blessed day as I looked through these pictures. (Which may be why there are so many in this post...) Family is truly one of God's greatest gifts.