For Thanksgiving the entire Merrill clan got together. This was a pretty big deal since that hasn't happened for almost 5 years and it was the first time ever that Granny B and Grandpa Joe have been in the same room with all of their current grand kids. It was pretty great. 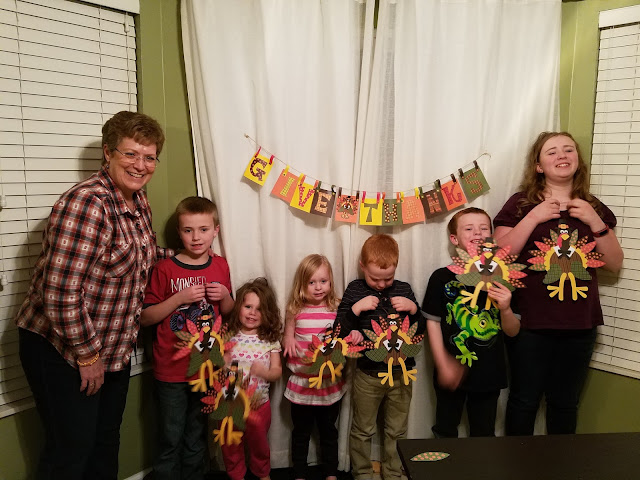 Granny B brought little paper turkey kits for the kids to make. They were pretty excited about it. 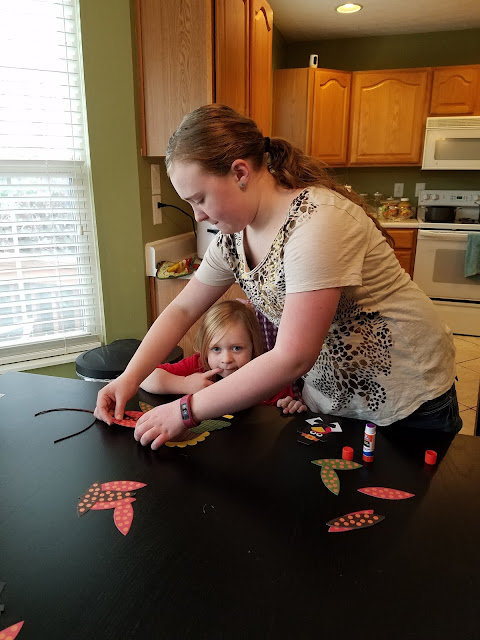 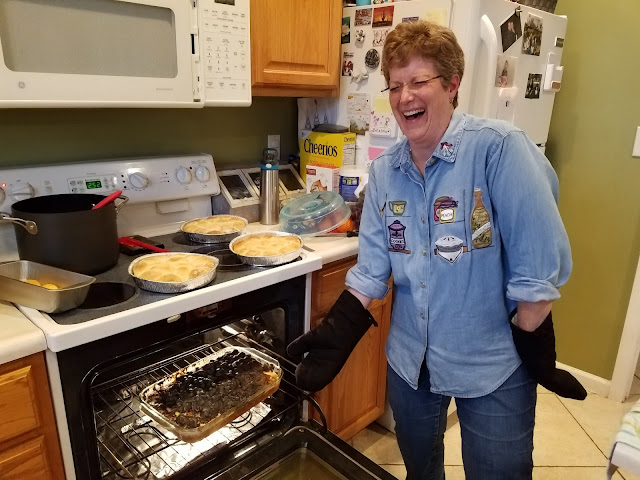 Things were going pretty smooth with Thanksgiving food prep, especially considering Granny B can't have gluten and Charlie's PKU. Then while the last minute preparations were happening, I broke down in tears as I was dishing up Charlie's plate. (It can be really hard to have a positive attitude about PKU, where it is not only a matter of what he can eat, but also how much, on food-centered holidays. I will just leave it at that.) So I am in tears at the counter while weighing out Charlie's food, which brought Jenae, Bonnie and Keith to my side offering emotional support and ideas for me. (One of which was from Jenae and it was genius. I weighed out the max he could have, put half of it on his plate, spread around so it looked like more, and saved the other half for when he asked for seconds. Pure inspiration. I don't know why I hadn't thought of it earlier.) Anyway, I am crying, Bonnie and the others get distracted from their tasks, and in the middle of it all the smoke alarm starts going off. Before my little breakdown Bonnie had been watching the candied yams in the oven which were supposed to in there just long enough to brown the marshmallows on top. Well when she saw me crying she forgot about those yams and the marshmallows caught on fire. You should have seen the flames. Strangely enough it became the comic relief we needed and after the flames were put out we all started laughing while trying to get the smoke alarm off. 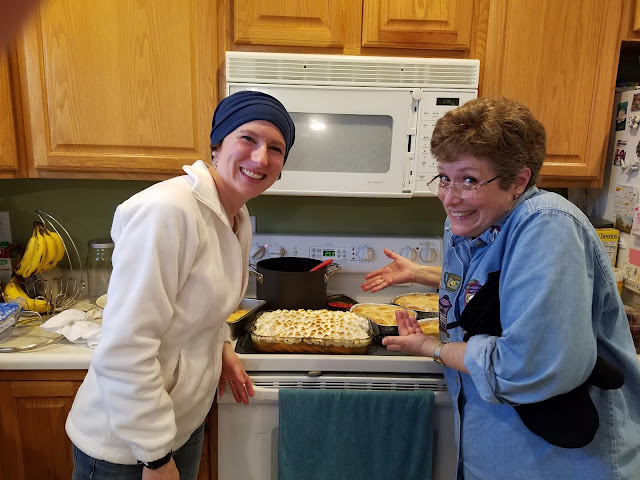 We just scrapped the black marshmallows off, put new ones on and tried again. No flames this time.
Thanksgiving dinner was wonderful, it was really nice to be with family around the table, and Charlie loved that he got seconds like most others. 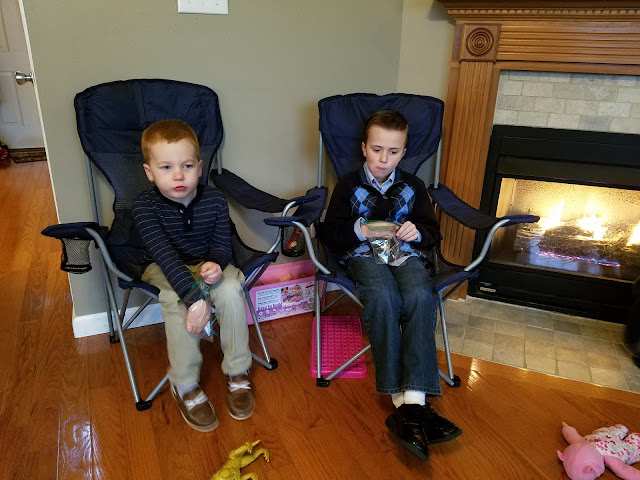 You can't get the entire family together and not have family pictures taken, so the day after Thanksgiving that is just what we did. We kept it low key and had them taken in Paul and Jenae's big backyard. It is surrounded by lovely evergreen trees and a cute wooden fence so it worked well. Paul had a broken back, Jenae had a badly sprained ankle that had only been taken out of a boot the week before, so we weren't really up to trekking off to some fancy location. As a bonus, since it was cold the kids could warm up in the house when they weren't needed. Which is what Charlie and Tanner are doing. 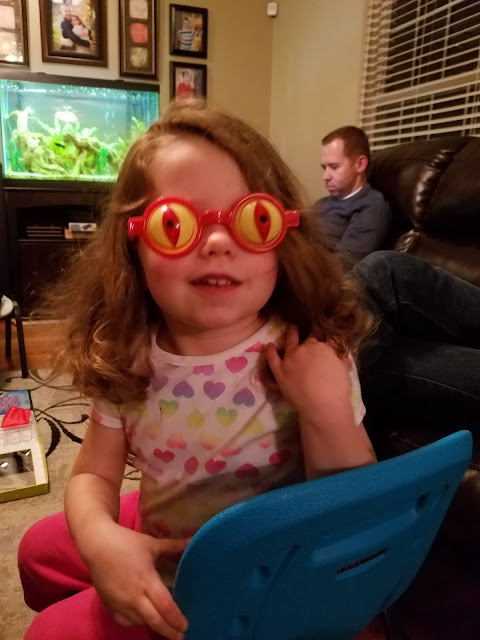 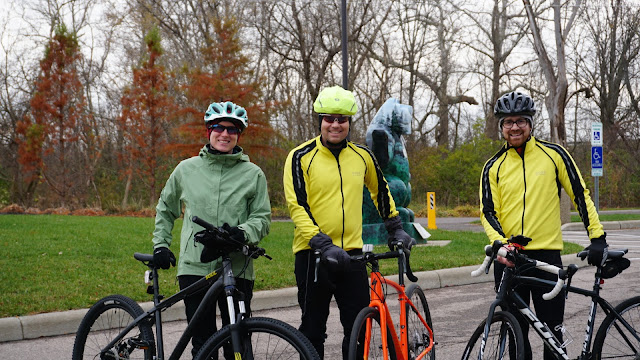 Keith and I got new bikes for Christmas but we couldn't wait until Christmas to play with them. Of course. So we took them to Dayton with us so we could take them for their first real ride minus kiddos. It made me happy. :) I haven't ridden a bike in quite awhile. One major reason being that having a seizure while riding a bike would most likely end badly. And in case you were wondering, Shawn and Keith bought each other the same cycling jacket two Christmas's ago. Twinners! 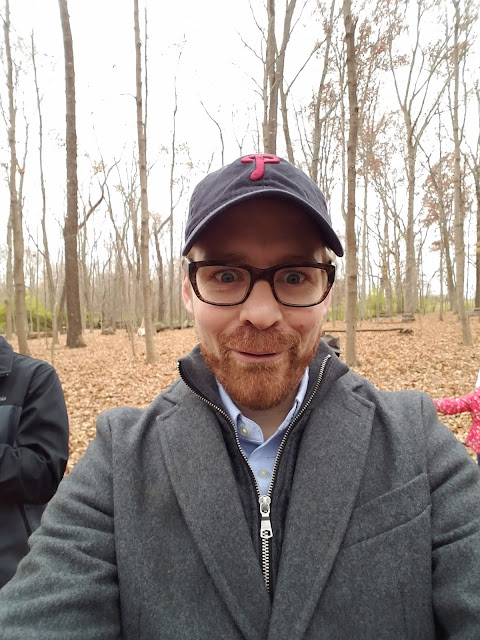 Saturday we went to this really fun park in the woods. I handed my phone to Shawn at one point and it ended up with Shawn selfies on it. 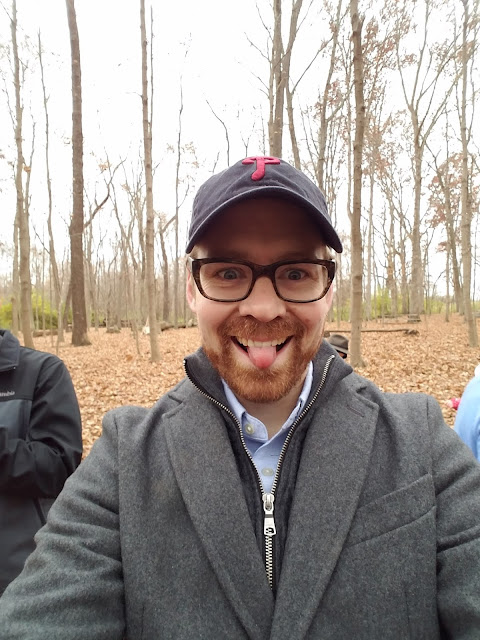 He is single, ladies. 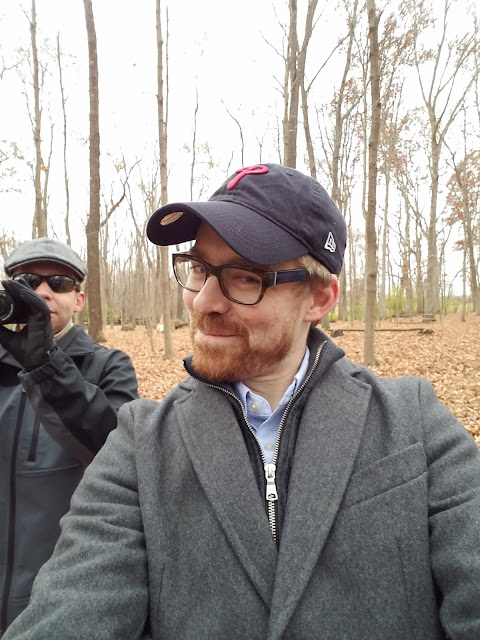 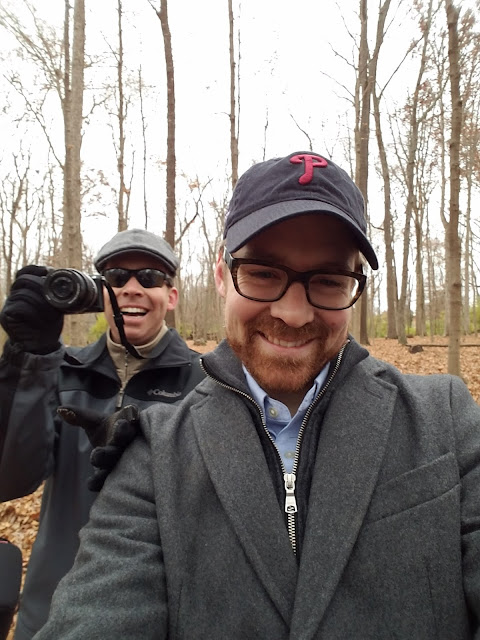 While at the park we thought we would take another K2 family picture. Ya know, just for kicks. 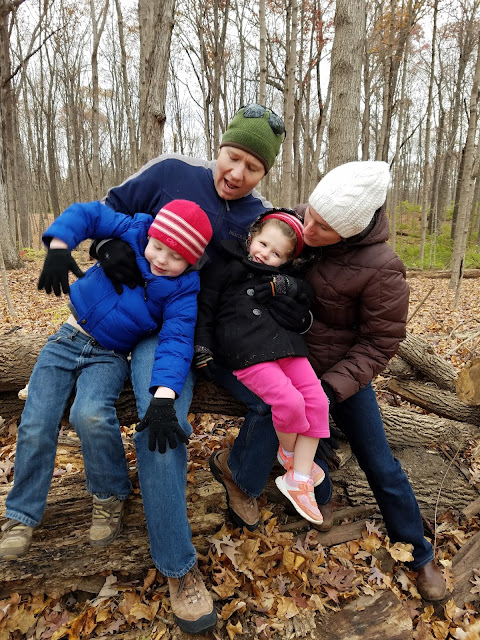 Charlie was squirmy and being silly. 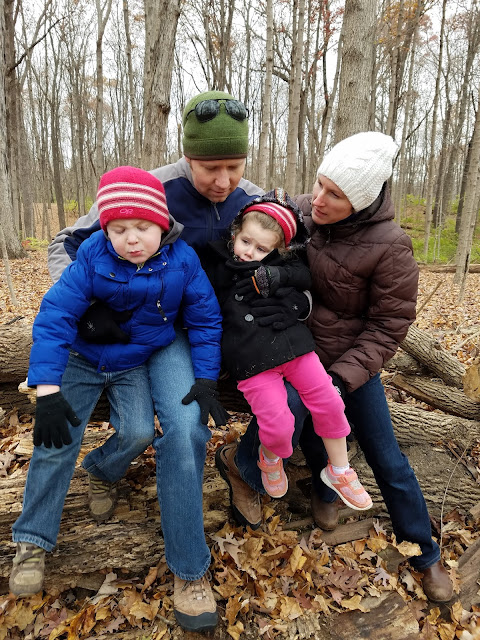 Then he was making faces and Jane was slipping. 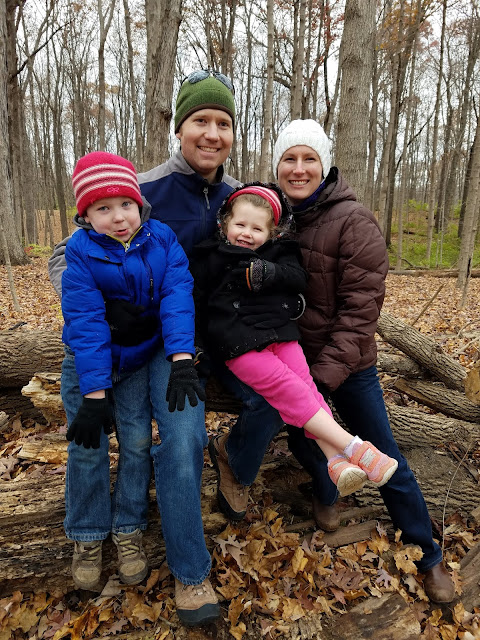 This is the best one. Not bad. 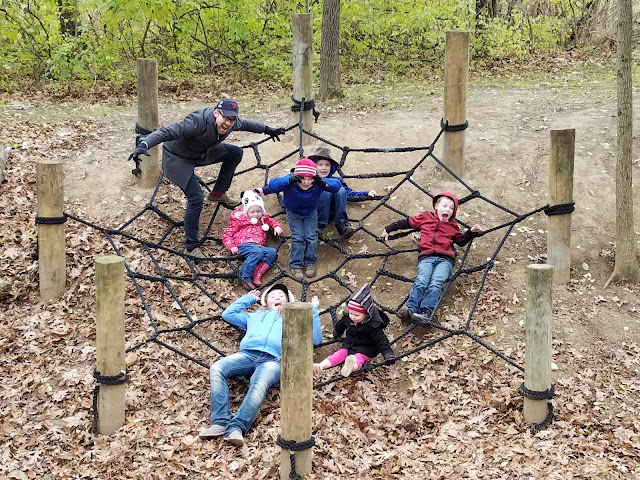 The purpose wasn't to have a photo shoot anyway, it was to get outside and have some fun.
Jane still mentions how she didn't like it when Charlie was pretended to be a scary spider at the park. 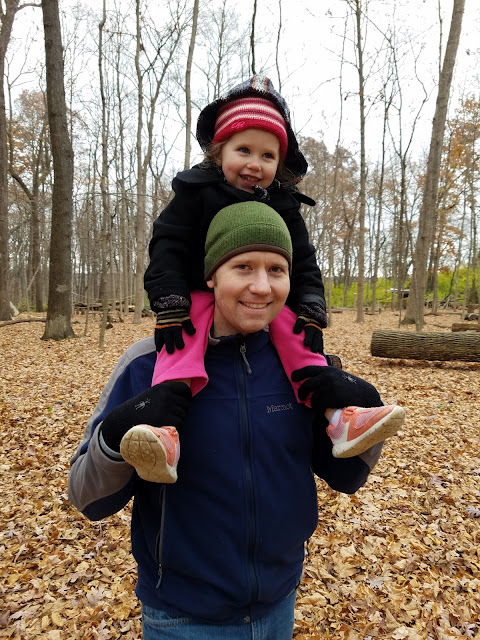 This guy came with a pretty great family.
Posted by Katie at 10:01 PM

Your title is perfect! So happy to see you all got together. <3