A Snowy Visit to the Davidson's

Way back in December we took Charlie out of school a week and a half early to head west for a big Temus family  Christmas get-together. To keep things interesting we broke the trip up by heading over the mountains a few days after arriving in Puyallup to visit my sister and her little family. We played in the snow, Keith shoveled the snow, I was introduced to Poldark, the kids played in a box fort... basically it was an all around good time. (Minus the few very minor seizures that broke my seizure-free streak. But I haven't had any since, so things are looking good in that department.) 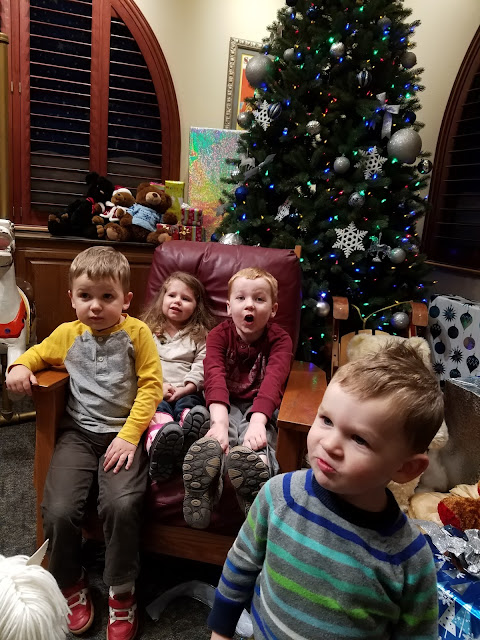 One night Liz, Keith and I (Cory slipped and rolled his ankle pretty badly just before we got there so he wasn't able to join in most of the festivities) took the kids to an indoor carousel. It was a HUGE hit. Next to the carousel there was this little nook set up for pictures. We tried to bribe the kids into sitting nicely for a picture by promising them one more ride if they cooperated. This was the best we got... There were also two reindeer outside that you could pet but only Jane was willing to brave the cold to go see them (twice actually). I account for that by figuring that she spent the majority of her life in Fargo. 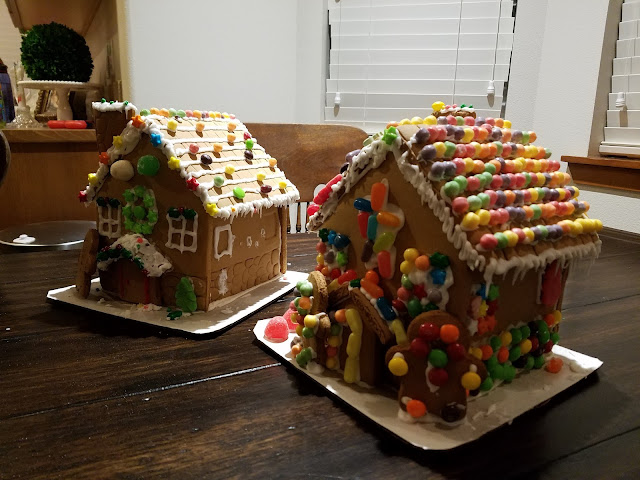 Liz took me to dinner and a Gentry concert while we were there. Which means that Cory and Keith got left with the kids. They made gingerbread houses while we were gone. According to Keith, Jane spent most of the time putting the rows of round candies on the roof of the house on the right, one by one. 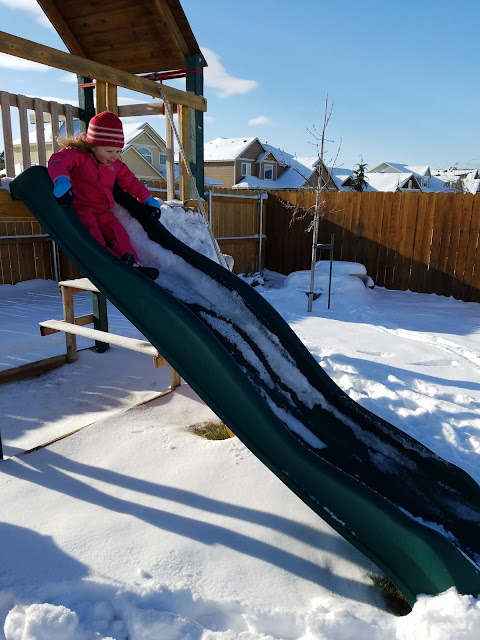 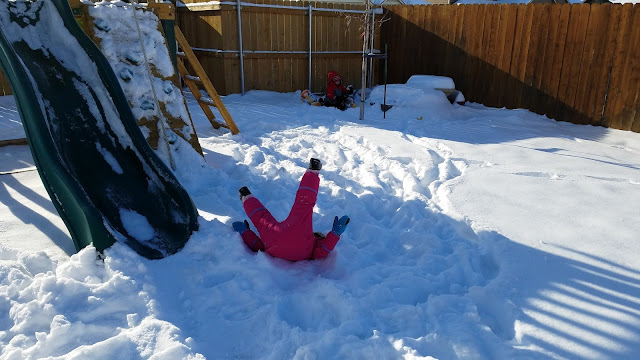 And every time she would catch air at the end and plop down in the snow with a huge grin on her face. 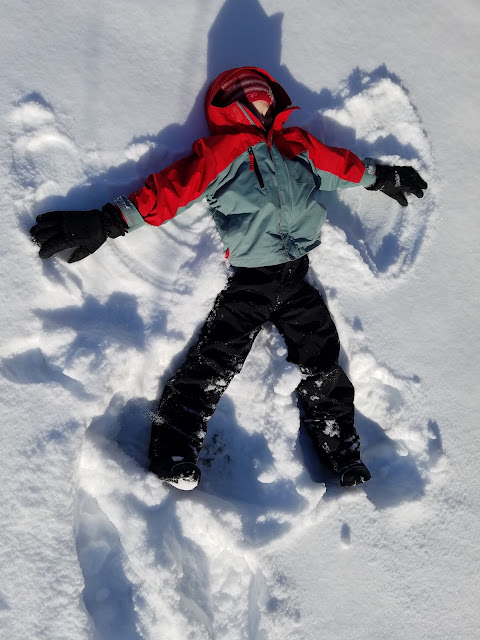 Charlie had been wanting to make snow angels for months. 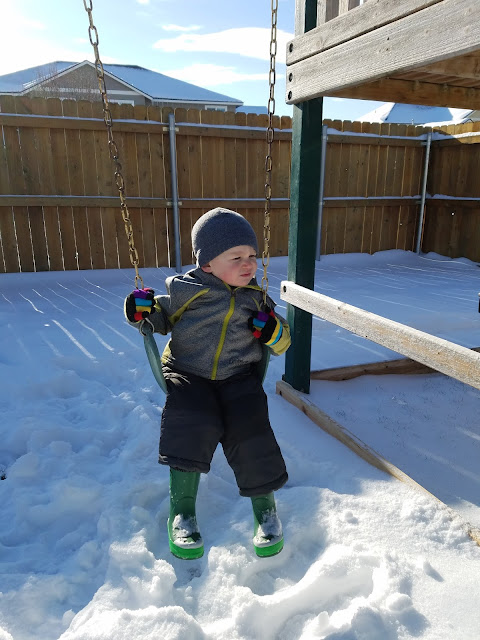 According to Liz, swings have always been Cooper's happy place. He sat there pretty much the entire time we were in the backyard. 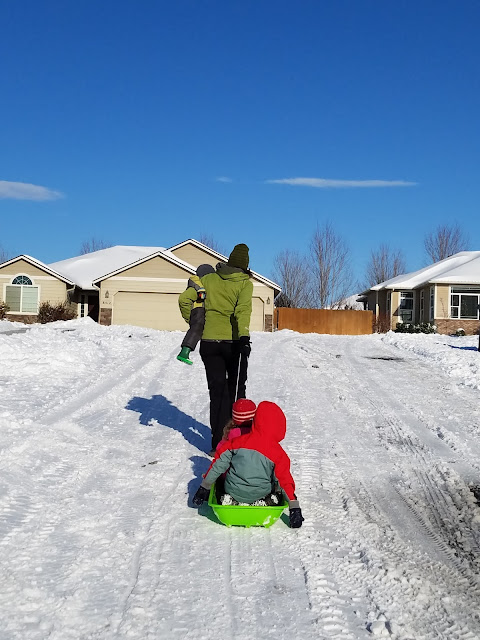 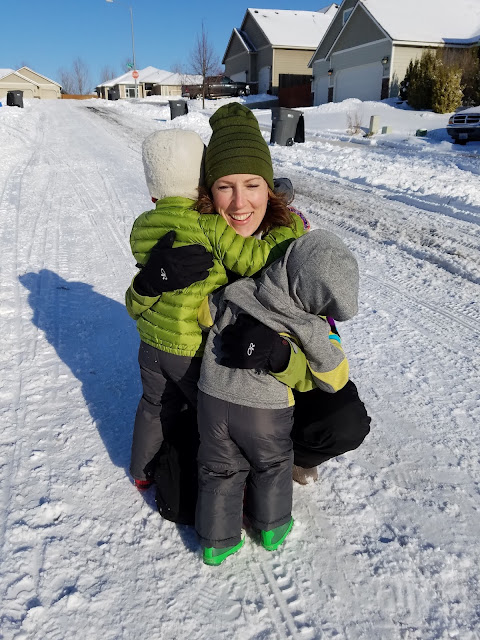 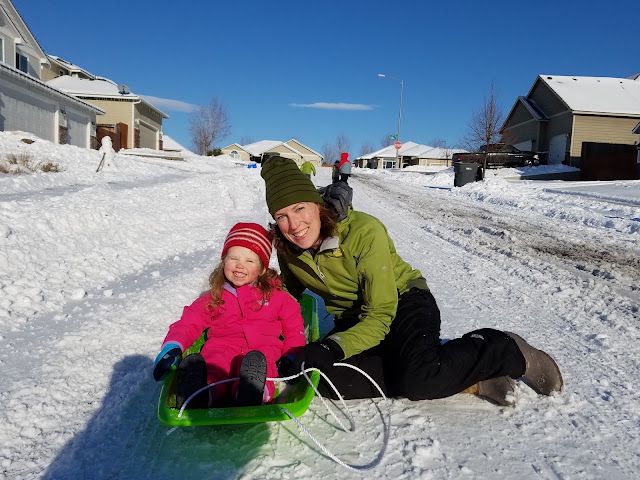 This post makes me so happy (sans seizures)!! You're awesome moms!! <3