Christmas is a time when most people put up trees. This year we took some down.

There were two old ceders in our yard that had been damaged by storms in the past and, as a result, grown new "tops" which resulted in unstable trees that were rotting from the inside. In short they were a safety hazard and unfortunately, had to come down. 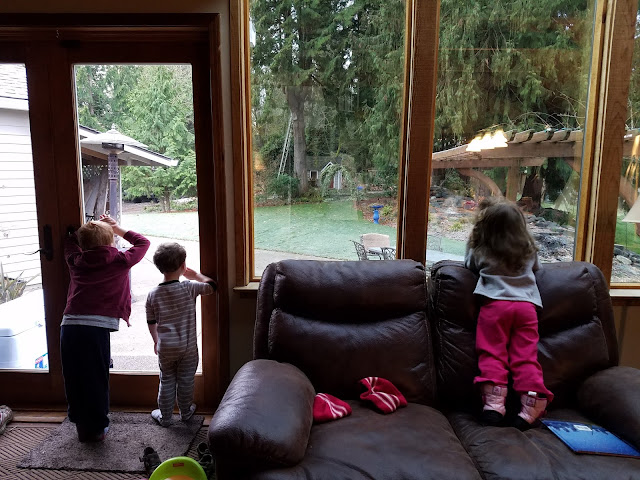 Charlie, Grant and Jane enraptured by the process and anxious to get bundled up so they can go join the fun (from a safe distance of course).

Before the trees could be cut down they needed some of the large tops cut off to make it safer and easier to drop the tree without it damaging things on the way down. Keith would climb up as high as he could (roped off) and tie a rope around the part they were taking off. Then Dad would climb up with the chainsaw and cut it down. The rope helped it fall where they wanted. Keith and Alex each got to take one of the safer ones off as well and were pretty excited about it. 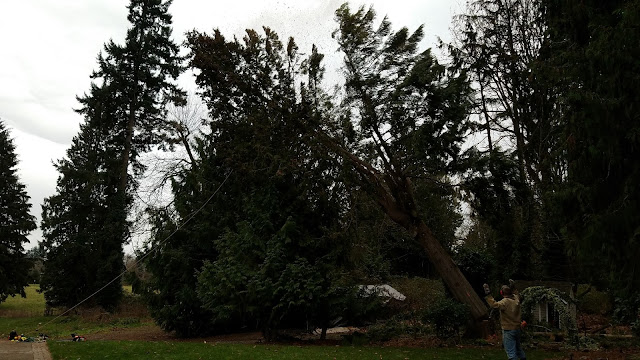 At last when the the tree was ready to be felled, two more ropes would be attached high up in the tree and tied off to the tractor and the hitch of the truck. Mom would be in the truck, Darren in the tractor, and Dad would work on the science/art of making the final cut so that, with the help of the truck and tractor, the tree would fall right where it was meant to. Alex and Keith watched the tree and signaled Mom and Darren to start pulling when the tree would start falling. The hours of planning leading up to the final cut was worth it. I was impressed how good my parents have gotten at making trees fall exactly where they want them too. It isn't as easy as they made it look. I remember as a kid helping fell a large tree that went way off course and took out a fence. 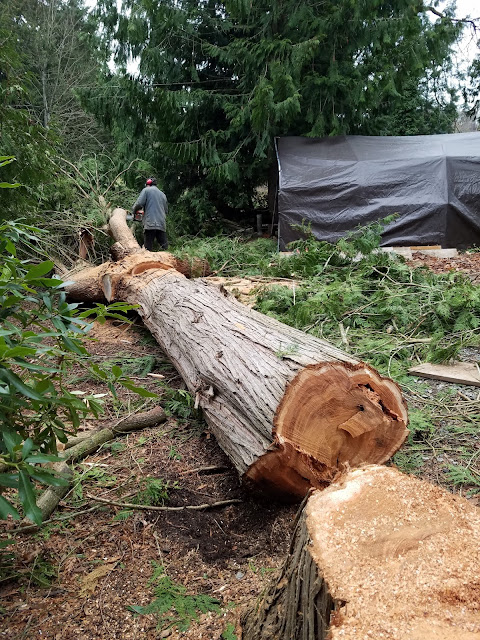 Tree number one with a tangle of tops. 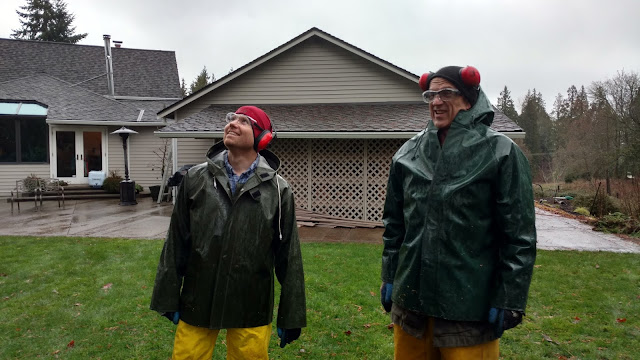 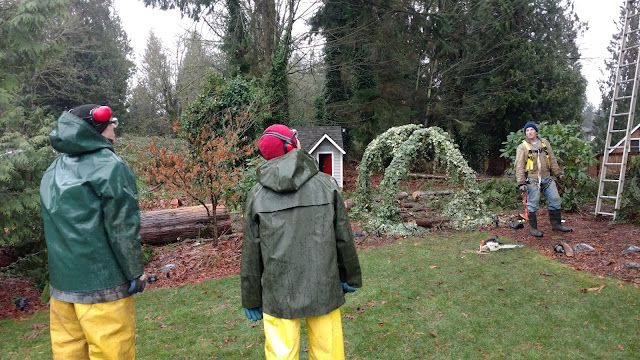 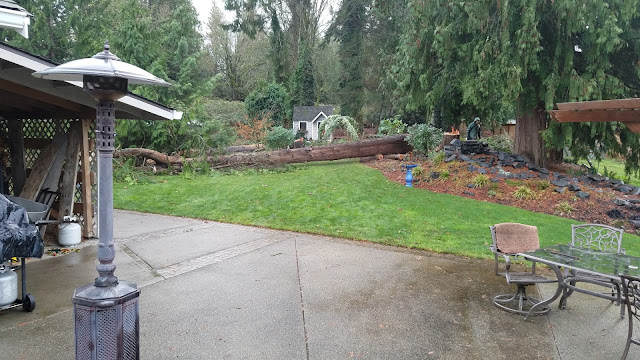 Tree two down. Mom got a little too much adrenaline going with this one and the tree literally caught some air as Mom floored it in the truck. It snapped the cable but no one was hurt. 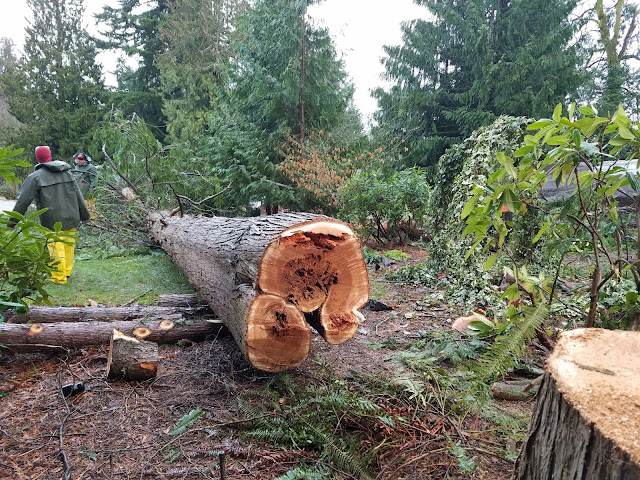 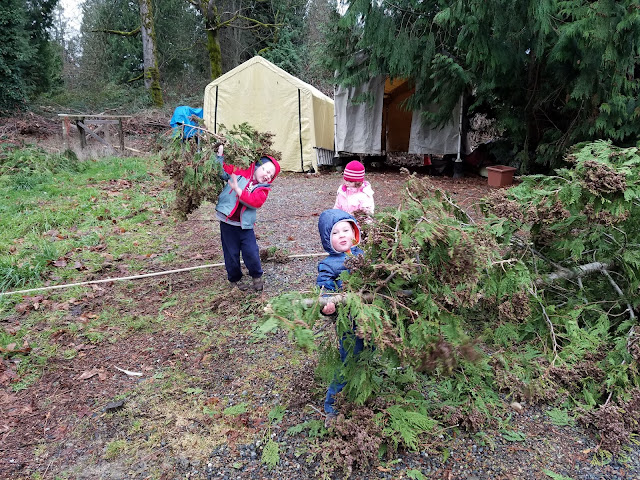 The kids sure had fun "helping" with the clean up... 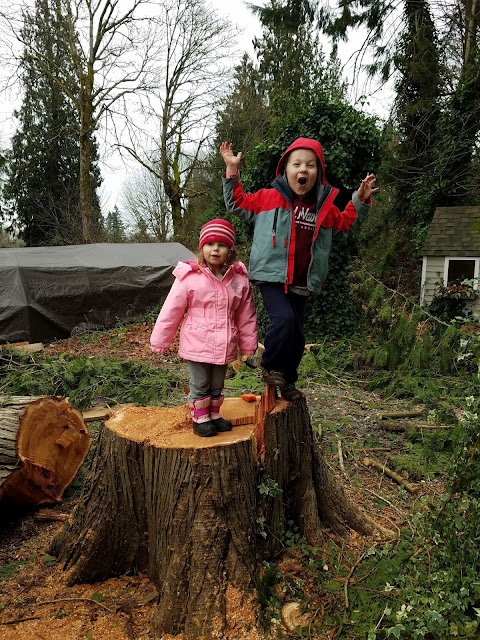 ...but the majority of the work definitely fell on Alex and Dad once every once else had left.
Posted by Katie at 12:35 AM